A Comprehensive Guide To Learning Spanish Like English, Spanish is a diverse language with various regional versions; Mexican Spanish is just an easy-to-use Spanish dialect.

It may seem intimidating to learn a new language like Mexican Spanish initially, but it will be smooth sailing once you grasp the dialect.

Moreover, Mexican Spanish has a lot to do with phrases and colloquial terms that are more symbolic than literal.

Most of these terms are considered simple, but you need to learn their adequate usage to achieve fluency.

And the entire process becomes straightforward when you sign up for a language course.

If you are still unsure about learning Mexican Spanish, read on to clear your doubts about Spanish and Mexican Spanish's main differences and the real benefits of learning a second language. 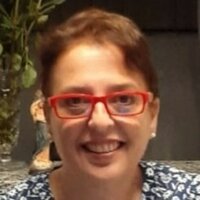 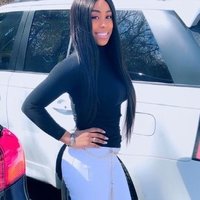 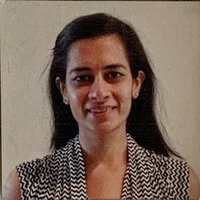 To understand the history of these dialects, it is important to know why they were made in the first place.

Moreover, language usage changes according to numerous variables, the most important one being regional differences.

While Spanish is used in both Mexico and Spain, there are differences in the way it is spoken in the two countries.

Because of these variances, speakers of one dialect fear that they may not communicate effectively in a country where they speak the other dialect.

In fact, this is an unnecessary worry. Although there is a difference between how the language is spoken in Spain and Mexico, they can still comprehend each other.

However, for a dedicated Spanish learner, it is imperative to understand these differences.

Additionally, you can better identify these differences in both variants by enrolling in Mexican Spanish courses or Spanish lessons where your teacher can walk you through the details.

Here are some of the distinctions you should know about before you begin to learn Mexican Spanish and converse with Spanish speakers, irrespective of your proficiency level:

Differing Regulations Between Spain And Mexico

One of the key differences between the Spanish used in Mexico and Spain is in the way the language is used.

The social hierarchy and the class system in Spain are different, as opposed to Mexico’s.

Because of this, different rules regulate each version. The most important variation is where informal or formal tense and speech are appropriate.

Modern And Slang Terminology Cause Inaccuracies

Another dissimilarity between Mexican Spanish and Spain Spanish is using modern vocabulary, such as those used to denote developments in technology.

Basically, not every Spanish speaking country agrees to use the same words to represent an object.

For example, in Spain, a computer (PC) is known as "ordenador," while the same thing is called a "computadora" in Latin America.

You will find disparities of this nature in both countries.

However, in all likelihood, a Spanish speaking person would still understand what you are trying to convey even if you inadvertently refer to a computer as a 'computadora' in Spain.

Native Spanish speakers in countries like Mexico, Chile, and Argentina have their own local and slang dialects.

Grammatical Variations Are Another Blockade To Language Understanding

The grammatical disparity in Mexican Spanish compared to Spain Spanish centers on the tense of grammar known as 'Vostros' for verbs specifically in Spain. However, in Mexico, they use 'Ustedes.'

You can use vostros in an informal conversation, whereas ustedes are intended for formal discussions, especially with dignitaries or high-ranking officials.

On the other hand, Mexican Spanish uses Ustedes for both formal and informal discussions.

The sequence of words in a sentence is similar in both versions. Adjectives are still placed in the same order, and verbs are also interconnected except in 'tu.'

When you communicate in Spain’s Spanish, it is essential to identify the difference between using Ustedes and Vostros while you refer to a second-person 'tu.'

It is vital to develop the correct pronunciation. However, it can get confusing when you witness a conversation between native speakers of two different dialects.

The biggest difference in pronunciation between the two is in c and z before an e or i. In Spain, this sounds like "th," while in Mexico, it's "s."

In addition to that, the native Spanish language is rougher because of Arabic influences. However, Mexican Spanish has a softer tone.

While most Spanish terms are common, Mexican Spanish has a partially unique vocabulary. As a result, people who wish to travel to the country need to get familiar with some new words to converse with locals.

Furthermore, Mexican Spanish is influenced by American English. This is because of the country's proximity to the United States and movement between borders.

Real Benefits Of Being Bilingual

Being multilingual brings countless benefits, from being more desirable in the job market to long-term social advantages.

Read on as we elaborate on what you stand to gain from learning Mexican Spanish:

Knowing a language like Mexican Spanish makes your resume stand out in a pool of job applications. Even multinationals and renowned companies have a specific requirement for candidates who are multilingual; it can make you a more resourceful and versatile employee.

Furthermore, it opens up great career opportunities for you in education, public health, national security, tourism, non-profit management, and even the military.

In fact, the US Bureau of Labor Statistics reveals that interpretation and translation jobs are among the rapidly growing professions in the United States, with a projected rate of 19% in the next ten years.

While there are many Mexican Spanish courses out there that you can opt for, a private Spanish teacher can help you effectively ace the language.

Like any other language, learning Mexican Spanish will make you respect cultural differences and provide you an opportunity to meet different people with similar common interests.

Additionally, you can even enjoy Spanish movies, music, and literature.

Moreover, knowing the local language can also result in a more immersive traveling experience. You can communicate with locals and gain an authentic experience of the land.

Each language comes with its unique set of context, rules, and complexities. As a learner, you will face many challenges during the process.

For instance, when you learn Spanish, you are tested by Vostros and Ustedes, conjugated verbs, gendered nouns, and more.

You have to notice tones and dialects and learn the appropriate contextual conditions for using a certain expression.

A new language tests your brain and requires you to practice with specific rules. As you advance, it compels you to incorporate these instructions into a conversation.

Learning Takes Place Inside Or Outside The Classroom

This will provide you with an immersive and holistic experience.

Learning using multiple resources speeds up the process and helps you develop an understandable accent. Writing and communicating are both integral parts of language learning and are also enhanced through this process.

One-on-one Mexican Spanish courses allow you to reach fluency much faster and help you apply the learnings in practical scenarios rather than keeping you confined to books.

If you have decided to learn Spanish, there are ample opportunities for you to practice and hone your language skills, such as ordering food and asking for directions.

Looking For A Spanish Teacher Online?

While it's not necessary to know the discrepancies between the two Spanish variants, however, it's useful if you are serious about learning Mexican Spanish.

It will help you gain proficiency and improve your overall conversational skills, including grammar. Plus, it will also expand your vocabulary.

Since getting one-on-one attention can profoundly increase a student's ability to perform, a Spanish teacher online or in-person is ideal for approaching a new language.

Here at Superprof, our Spanish tutors are available online and in-person and ensure that their teaching techniques help you enhance your language skills in the best way possible.

We inspire students to become independent learners and augment their proficiency in understanding and communicating the language – executing a growth outlook into practice.

If you are searching for a Mexican Spanish tutor, Superprof provides you with an excellent platform that helps you connect with highly credible professional tutors.

Simply visit our website, enter Mexican Spanish where it says, “Choose a subject,” and enter your location where it says “Address, city, or neighborhood.” Within seconds our system will revert with excellent teachers near you.

All you need to do is browse through their profiles, check their ratings, and reviews left behind by past students.

The best part is that the majority of Mexican Spanish tutors may offer the first session for free!