Signing Up to an Arabic School BlogLanguagesArabicStudying in an Arabic-speaking Country

“A tree begins with a seed.” - Arabic Proverb

It’s much easier to learn Arabic by studying in an Arabic-speaking country.

According to Cedwyn Fernandes, the director of the Middlesex University Dubai, there was only one international university with 645 students in 2002 and now there are 26 with over 30,000 students.

There are 22 members of the Arab League (countries where Arabic is spoken) so there are plenty of choices of places to go to. Arab culture is rich and varied so if you want to learn the Arabic alphabet, improve your linguistic skills, and find out more about Arab culture, studying with Arabs is the way to go.

Here’s our guide on how to choose a university in an Arabic-speaking country. 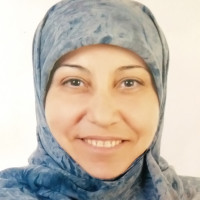 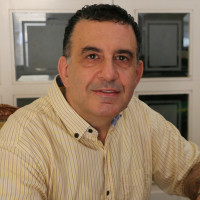 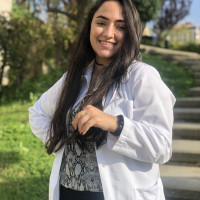 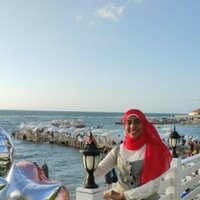 Which Country Should You Study Arabic In?

Studying in an Arabic-speaking country is an unforgettable experience. You’ll learn a lot more about a language when you’re surrounded by its culture. Don't forget that there are so many Arab nations and colloquial Arabic words that where you learn the language will have a huge effect on how you speak the language.

The Arabic phrases used in each country will be different but most speakers have a good level of proficiency in literary Arabic, the form of the language used in Islamic texts including the Quran. In fact, Palestinian, Iraqi, Lebanese, Yemeni, and Egyptian Arabic are all different.

That said, not every Arabic-speaking country is a great destination for students. Really, only Morocco, Oman, Qatar, and the United Arab Emirates are. That said, you can still study in Egypt or Lebanon, but you have to think carefully about where you go.

Morocco is only a few hours on a plane from London is a beautiful country with a rich history and is relatively safe.

By studying in a Moroccan university in Marrakesh, Rabat, Tangier, or Casablanca, you’ll undoubtedly learn Arabic differently to the Arabic you’d learn in a university in the UK.

In Morocco, the dialect of Arabic they speak is quite different to elsewhere. This dialect is also known as Darija. The Arabic spoken here has been influenced by Berber in some respects and while useful in Morocco, you’ll learn quickly that it’s not the same as literary Arabic. Literary Arabic is the version of the language used in the Quran, the Muslim holy texts.

However, if you already speak French, you’re in luck because a lot of the countries the Maghreb, also have a lot of French speakers.

Keep in mind that speakers of Arabic from one country won’t necessarily understand Arabic speakers from another.

While Egypt is probably the best country for learning literary Arabic, the 2011 revolution has left the country at a higher risk of terrorist attacks.

In the Middle East, Jordan is one of the safest countries in the Arabic-speaking world. Jordan has a historical heritage and blends the past and modern. It’s the cradle of the Islamic civilisation, the crossroads where the West meets the East.

Amman is home to 11 different universities.

The United Arab Emirates is another Arabic-speaking country.

The country is trying to attract international students by creating strong ties with other foreign universities. This is a part of the world that’s very safe; crime is very low.

How to Choose the Right University in an Arabic-speaking Country

You’ll need to think about how easy it to do and your goals.

Here is a list of things to think about when choosing universities:

You should definitely consider getting Arabic lessons before you go as well to increase your chances of being accepted onto a course.

In the UK, you can do a degree in Arabic Studies to learn more about the language, history, and culture of Arabic-speaking countries.

This means that you’ll have to learn the Arabic writing system, grammar, vocabulary, and the literary version of the language.

In terms of costs, studying in Dubai, in the United Arab Emirates (UAE) is expensive. Tuition can cost up to £13,000 and you’ll need around £1,400 per month to cover the costs of accommodation, transportation, and food.

That said, Morocco is very cheap although the universities aren’t usually as prestigious as those in the Persian Gulf.

88.5% of the population in Dubai are foreigners who’ve come to learn the Arabic language, study at a university, or work in the United Arab Emirates.

One reason to choose certain universities is how they’ll further your career once you’ve graduated.
International competition is increasing and somebody who has a degree from Dubai may find a job more easily than someone who studied in Cairo.

Finally, four universities from Saudi Arabia were featured in a list of the best universities in the Arab world.

Saudi society, however, is one of the most closed off in the world. If you want to study Islamic science, you can still get a student visa for Saudi Arabia. While it’s more complicated, it’s not impossible!

Higher Education in the Persian Gulf

Arabic is an important language in international relations and knowing how to speak is becoming increasingly important for recruiters.

In the Gulf, a lot of teaching takes place in English and Arabic.

Keep in mind that universities here tend to have very strict admission policies and you’ll need to have really good grades if you want to study a degree in one of these prestigious universities. These places can also be very elitist.

With fees going up to £13,000 per year, it can be very difficult for working-class students to attend these universities without the very best grades and that’s if they manage to get together the admission fee!

Students from the United Arab Emirates don’t actually have to pay these fees as their education is completely free. However, many students will need scholarships or a student loan to fund their studies in Dubai or Abu Dhabi.

Education in the Arab states of the Persian Gulf is a major concern: the United Arab Emirates, Qatar, Bahrain, Kuwait, Oman, and Saudi Arabia have invested billions into research and the funding of new schools.

Each city, Dubai, Abu Dhabi, Doha, etc., are attracting prestigious schools. The city of Dubai even has an entire area of the city dedicated to education, Dubai International Academic City.

There are over 70 universities in Dubai offering courses in all manner of subjects. The most common courses cover business, marketing, cinema, media, law, economics, management.

Finally, if you want to study Arabic at a university in Qatar or the United Arab Emirates, for example, you’ll need a student visa. You’ll also need to be sponsored by the host university. A student visa can cost up to £600, too.

Of course, there are a number of countries that we wouldn't recommend studying due to security risks. For example, the Arab spring has destabilised some states in the Arab League and the ongoing conflict between Israel and Palestine means that these places should be ruled out as a potential destination for learning Arabic. Similarly, you should avoid Yemen, Libya, and Syria.

Are you still ready to go?

Then check out the different universities and go for it!