Acting is a performance art that includes the movement, gesturing, and speaking to fictionalize characters to an audience. Professional actors usually play characters in films, TV shows, radio shows, or even live theatrical productions.

Over the years, Hollywood has made many actors famous through their acting work in various shows and movies. While these actors and actresses have won the admiration of the public and inspired many to go into acting, it is not always easy to make it in the acting profession.

In fact, a majority of actors perform in small productions for many years before they even have a chance at making it onto a big stage in the USA.

Believe it or not, acting isn’t all about talent and good looks. Things like discipline, dedication, teamwork are some of the most important things behind the art.

Whether you dream of making it big in Hollywood or are simply going into acting for the fun of it, consider enrolling yourself into acting classes! 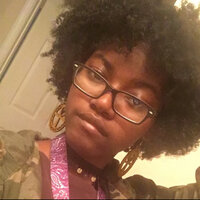 If you have never dabbled in the art of acting before, the idea of performing in front of a live audience or a camera crew might terrify you. After all, there are so many things that could go wrong - from forgetting your lines to tripping on your own feet up on stage!

After all, acting involves extensive use of your vocal cords. You’ll have to repeat many lines using various intonations, speeds, and voice levels.

This is why experienced actors can talk at a pace and volume where everything can hear and understand each sentence that comes out of their mouths.

The second reason to take enroll in acting school is to help you become more confident in your own body and posture. When you are performing on stage, the audience can see your entire body clearly, and part of the message of a show is passed through body language.

As a result, actors not only need to train their vocal communication skills, they also train their bodies to perform the right postures.

Another reason to learn and practice acting is to relieve tension and stress from your everyday life through creativity and imagination.

This is especially true if you are acting purely for enjoyment after your main job or school courses. Who doesn’t want to spend several hours pretending to be someone else and living another life that may be vastly different from their own?

The last reason to learn acting is to make new friends and find a community. Acting has many fans across the world. You may also find it easier to make friends with the people in your acting circles than a random person out on the street since you will have so many more things in common to talk about together.

Acting schools have acting teachers who share and teach their acting techniques with their students. Usually, these acting schools do not provide degrees or certificates as their main purposes are to train people to become better performers.

Several types of acting courses for children and adults may be offered at these acting schools.

The first type of acting course is called acting techniques classes. It is a highly important acting course for beginners to take as well as one of the most common acting classes taken by every professional actor.

In acting techniques classes, you will learn all the basics of acting using specific methods such as the Meisner technique.

The second acting course you can take is called audition technique classes. As its name suggests, this acting lesson focuses on how you can present yourself when you are auditioning for roles.

For actors, going to auditions are like job interviews, and how well you perform during these auditions can be the determining factor on whether you get a role or not. That’s why it is highly useful to take these types of classes.

Another acting course you can take is improv classes. Improvisation like its name suggests involves saying lines away from the confines of a script. It is a highly important skill in comedy as well as for acting in commercials as it requires an actor to get out of their head and think fast on their feet.

One more acting class you can consider taking is for voice and vocal lessons. These classes are ideal for when you want to improve your speaking abilities to communicate better with your audience. You can learn breathing exercises, singing, and controlling your vocal muscles during these vocal courses.

Acting Lessons for Kids in Atlanta

Atlanta, being the capital of the US state of Georgia, is a city with a rich history and art. Parents of children living in Atlanta can enroll them in a range of acting workshops to help them improve their confidence levels, boost public speaking skills, and become better group players.

Forefront Arts is a theatre that has multiple locations across the city dedicated to helping children discover the joy of acting. Kids acting between the ages of 3 to 18 can enroll in courses such as preschool drama, improv classes, musical theatre, dance technique, sketch comedy, and more!

Even if you are an adult, you can still enjoy learning a few things or two about the art of acting. It can even help you enjoy the next live performance you attend as well as get you out of your comfort zone.

No matter what age you are, you can also make some new acting friends who are of all ages!

Another place where you can meet other adult acting enthusiasts and learn more about the art of acting is at Atlanta's national theater called the Alliance Theatre.

The vision of this theatre is to engage the local community by helping people expand their hearts and minds both on and off the stage. Some acting courses offered for adults here include Acting Foundations, Commercial Auditions, free on-camera acting workshops, and more. Other cities across the USA such as Austin or Los Angeles provide this community element with acting and theatre

Finding Acting Coaches in Your Area With SuperProf

If you are interested in dipping your feet into the world of acting, another way to get connected is by hiring your very own private acting coach.

However, this is not an easy task especially if you have no connections to the acting industry and if everyone you know works in an entirely different industry.

Luckily, with the help of Superprof, you now have access to many acting teachers near you at the touch of your fingertips! That’s because it is the leading platform for connecting experienced tutors with students so they can establish working relationships with each other.

What’s more, you can even narrow down any search settings using the preferred criteria. For example, if you are looking for acting classes or coaches near you at a specific price, simply add a location such as New York City or Chicago and a price filter and you will only see those who meet your requirements.