Cryptocurrency scams are increasingly prevalent these days due to the surging popularity of digital currencies.

More and more people are looking to invest in cryptocurrency in recent times since there is the potential for significant financial returns. Though, as a first-time investor, it can be tricky to discern what is real when it comes to cryptocurrency and what is a scam designed to drain your bank account.

It isn’t just that there are a lot of first-time investors though, but also that there is a keen sense of urgency associated with investing in cryptocurrency. Dogecoin is a cryptocurrency that recently enjoyed a sharp increase in value, before plummeting partly as a result of Tesla CEO Elon Musk’s dismissive comments about it.

Given that digital currency is still so volatile, it’s easy to think that you could miss out on becoming a millionaire if you don’t invest in it right away. This fear of missing out can lead investors to ignore red flags and be quick to part with their cash.

This is a big problem, given that it’s estimated that Americans have lost roughly $80 million as a result of cryptocurrency scams in recent years. The numbers are climbing too, and showing no signs of slowing down.

This is partly due to the ability of scammers to diversify their tactics and use everything from social media and email to fake news articles to entice people to hand over their money in the hope of a financial return.

In this guide, we’ll go over some of the most famous examples of cryptocurrency scams, before touching upon some modern examples. 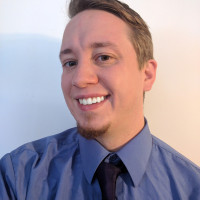 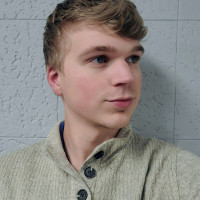 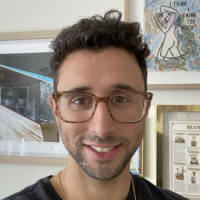 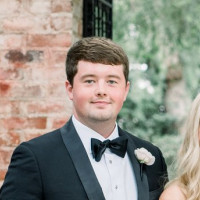 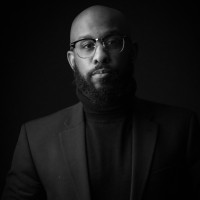 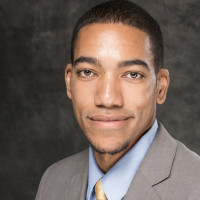 If you want to make sure you don’t make the same mistakes many others have made regarding cryptocurrency scams, you need to learn from the past.

By going over some of the most famous cryptocurrency scams and schemes, we hope to show you how easy it is to succumb to them if you’re not careful.

Many of the people who were victims of these scams were just like you and me, since it can happen to any of us. All it takes is the inability to find a typo, or the promise of a high financial return and you’ve fallen prey to a scam just like that.

OneCoin is one of the most notable examples of a cryptocurrency scheme in recent years, and it was labeled ‘one of the biggest scams in history’ by The Times, which should give you an idea as to its magnitude.

Essentially, OneCoin was a Ponzi scheme set up by the company OneCoin ltd - which appears strikingly similar to the real cryptocurrency Onecoin.

A Ponzi scheme is the classic pyramid business model which has money filter up to the few at the top of the company’. It is an illegal business practice that preys upon customers, requesting investment from them and asking them to spread the word so that the business can feed off the funds of many.

This particular Ponzi scheme, which went by the name of OneCoin, allegedly managed to accrue a staggering $4 billion.

$1.7 billion of this astronomic amount of money was recovered by Chinese law enforcement prosecutors, holding 98 employees of the company to account for their actions. Several of the founding members were arrested, though others managed to get away with it.

The way that OneCoin convinced customers to part with their cash is by buying educational packs that would allow them to mine OneCoins. These packs ranged from around 100 euros to 118,000 euros, which seems incredibly extortionate, but of course, the promise was that customers would be able to mine cryptocurrency to their heart’s content.

Bitconnect is another high-profile case of a cryptocurrency scam, which also had some Ponzi scheme elements.

Sold as a form of open-source currency, Bitconnect was supposed to be a digital currency coin that customers could trade with Bitcoin in return for interest.

A trading bot was involved in the process, which was one of the most suspicious aspects of the business, as it determined interest rates according to the company’s ideas.

Over the years, starting in 2017, governments from various countries began to question the legitimacy of the cryptocurrency trading platform. Several authorities then called it out as being a Ponzi scheme, and the Texas State Securities Board issued a cease and desist order to the company in 2018.

Later on that year, Bitconnect ceased operations, though it’s possible that it continued to operate since the company never really existed and operated in a legal grey area.

At one point, the Bitconnect coin was one of the most sought-after cryptocurrency tokens, but then when traders began to suspect foul play its value plummeted.

PlusToken is another Ponzi scheme that accumulated billions of dollars by making monthly payments to customers who held cryptocurrency wallets.

The scheme came crumbling down in 2019, when several Chinese nationals were arrested and the company’s digital assets were frozen - which were reportedly worth close to $4 billion.

Yet the profits of the company would have exceeded this already exorbitant figure, lining the pockets of the scammers that ran it.

There were 27 scammers responsible for PlusToken, and all of them were arrested in the end, as well as 82 members.

Pincoin is an example of a high-profile exit scam, in which the ICO of the company took the money of investors with no intention of ever returning it.

Unfortunately, as many as 32,000 investors were affected by this scam, leading to reportedly $660 million lost dollars.

Offering a whopping 48% in monthly returns to its customers, it’s easy to see why so many were willing to sign up with the platform.

It’s also an example of the too good to be true philosophy, proving that if a company offers you an incredibly lucrative return then the chances are something isn’t quite right.

The cryptocurrency Pincoin first arrived on the scene in 2018, and with a white paper and a solid-looking business plan who would have suspected anything was awry?

Of course, the offer of 48% monthly returns will have been a red flag for many potential investors, but for some it proved too tempting an offer to pass up.

PIN foundation was behind Pincoin, and the company was also behind our next cryptocurrency scam example: iFan.

iFan was another scheme set up by the morally bankrupt PIN foundation.

The iFan cryptocurrency was first marketed as a social media token for influencers and celebrities, before being opened up to the public.

When investors started to realise that something was up, the outcry was too late, as the company had already deserted its premises in Vietnam and ran for the hills with a boatload of money.

The good news is that the Vietnamese government - spearheaded by the Prime Minister - went after the crooks responsible for the scams.

While some individuals have been arrested, it is believed that many others managed to flee the scene successfully and leave the country with their stolen riches.

Search for crypto 101 on Superprof.

What to look out for

If you want to avoid becoming a victim of a cryptocurrency scam like all those investors who put money into the above-mentioned schemes and coins, there are some things to be on the look out for.

The number one reason people are caught out with cryptocurrency scams is that they are tempted by the promise of high returns.

We all want to become rich overnight, but if there’s any universal truth in this life it’s that overnight success doesn’t exist.

You don’t just get to acquire a fortune in a short space of time with a shrewd investment - it’s possible, of course, but incredibly unlikely.

If you see a cryptocurrency offer that will have you rolling in money within a few days, weeks, or months, then you’re probably looking at a scam.

It is possible to get lucky with cryptocurrency and receive a lot of return for your investment over time, but this is the exception.

As seen with famous cryptocurrency scams like that of Pincoin, an ambitious road map or scheme can be enticing.

If a company promises to overdeliver in a short space of time, in a market that is still quite young, then you know that they are at best naive and at worst, trying to scam you out of your hard-earned cash.

Usually, a cryptocurrency company will be able to deliver one or two main objectives, but many more than that and you should be suspicious.

This one seems like a no-brainer, but if the team behind the cryptocurrency wishes to remain anonymous, the alarm bells should start ringing.

Surely if the company is legitimate its founding members would be proud to associate themselves with it, wouldn’t you think?