Astronomy has been of interest to humans since prehistoric times. Every culture and civilization in recorded history had a legend or myth associated with the stars and planets. In fact, some of the earliest documented physics problems, in ancient Greece and India, have been linked to astronomy.

Students who are passionate about astronomy, space, and stars can learn more about it from the SAT Physics designed by the exam board. This program covers the solar system, the universe, and the lifecycle of a star, along with other themes such as the particle model of matter.

Let’s explore these topics in detail: 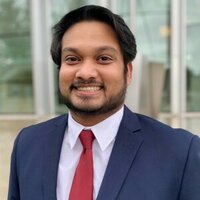 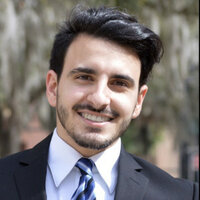 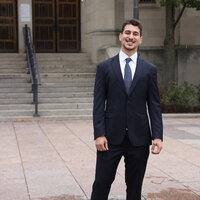 Our solar system was formed around 4 billion years ago from a nebula. A nebula is a large cloud of dust and ionized gases.

As the nebula collapsed on itself and began to spin, it gave way to the Sun in the center.

Gravitational force keeps planets, moons, and even artificial satellites from floating away into space. This force is what keeps them in their fixed orbits.

For a planetary body to maintain its orbit, it must have the right speed. If the body moves too fast, it will veer off into space. However, if the speed is too slow, it will fall inwards towards the Sun.

Planets close to the Sun have a higher orbital speed than planets far away from the Sun. They need to orbit faster to equalize the Sun's gravitational pull.

The Lifecycle Of A Star

The size of star can help us ascertain its lifecycle.

The formation of every star is the same – a nebula becomes a protostar, which then turns into a main-sequence star. Let us look at some types of stars.

All elements in the universe are produced by the nuclear fusions reactions that occur inside stars. At first, the stars fuse hydrogen, and then after it runs out, they move onto heavier elements, such as helium and lithium. You can read more about radiation and nuclear fission when you study the atomic structure.

You don’t need to know the names of all elements for your physics test besides a few like hydrogen, helium and iron.

Scientists have been observing the universe for years, and they all seem to agree that the universe is expanding. Let us discuss why they have come to this conclusion.

Scientists have observed, using the electromagnetic spectrum, that stars absorb some of the spectrum's wavelengths. These are exhibited in the form of dark lines.

Astronomers observe light from far away galaxies, and the dark lines show that the wavelength is increased. The lines seem to have moved towards the red end of the spectrum.

This phenomenon is known as redshift, and the more red-shifted a galaxy is, the faster it is moving away from the Earth.

Redshift can be explained using the example of an ambulance passing you by. As it speeds away from you, the wavelength is increased, and the frequency decreases.

The converse of redshift is blueshift, where the wavelength is decreased as the star moves towards you, and the frequency increases.

Edwin Hubble was the first to notice this phenomenon in 1929 when he deduced that all galaxies are moving away from each other. These details are just supplementary information; you will not be asked to quote them for your physics exam.

Imagine the stars as dots on a balloon. As you inflate the balloon, the dots all move away from each other. As a tutor, include examples like these in your physics lessons to keep them interesting

The Big Bang Theory is a famous scientific theory that explains the origins of the universe. It states that the universe began 13.8 billion years ago as a singularity where space and time did not exist.  The four fundamental forces, including gravity and electromagnetism, came into being right after the Big Bang.

This theory was first suggested by a Belgian priest called Georges Lemaitre in the 1920s. It has been corroborated by astronomers and scientists repeatedly after that.

Some of the evidence to back up the Big Bang Theory includes the CMBR (Cosmic Microwave Background Radiation), the observed quantities of hydrogen, deuterium, helium, and lithium, and the phenomenon of redshift.

The Cosmic Microwave Background Radiation is excess energy from the early days of the universe when it was much hotter. It was first noticed in 1965 as a radiation echo that was found all over the universe.

All the protons, neutrons, and electrons present today were created within a few seconds after the Big Bang.

Future Of The Universe

The rest of the space is believed to be comprised of dark matter and dark energy. 68% of the universe is made up of dark energy, while 27% is dark matter.

Dark matter is not visible in stars, galaxies, or planets that we observe in the universe. Observations prove that there is far too much matter than what we see in the visible universe in galaxies and stars. It does not exist with electromagnetic waves. It is only deduced from the gravitational forces it imposes on visible matter.

Ready To Study Space Physics in the USA?

If you are a physics enthusiast or plan to sit for any physics subject test, check out the other topics guides for  for electricity and forces.

SuperProf is the go-to resource for physics students who are looking for tutors to guide them through the physics SAT. Sign up with us and learn from the most experienced tutors you can find online.