Learning About Spanish and Spain Spain is one of the world’s most popular tourist destinations. In 2017, there were 82 million tourists who headed out to discover everything including Catalonia, Andalucia, and Balearic Islands (Mallorca, Menorca, and Ibiza).

Tourism is hugely popular all over Spain and with beaches in Tenerife, the other Canary Islands, and the Costa del Sol by the Mediterranean, paella in Valencia, Moorish architecture in Seville, Andalusia (Southern Spain), and the Basque Country, you're spoilt for choice no matter where you go in Spain.

In this article, we’re going to look at some of the essential things you should learn about Spanish history, Spanish TV, Spanish songs, and famous Spaniards. 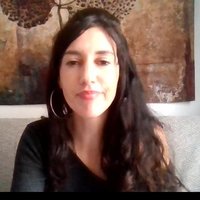 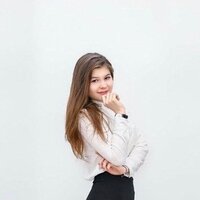 Spanish Culture: The History of Spain

Spain has changed a lot between now and the antiquity. Just like the rest of Europe, Spain wasn’t free from turbulent upheavals. In fact, it definitely experienced its fair share of turmoil throughout the centuries.

Spain was originally populated by Phoenicians and Greeks on one side and Celts on the other.

Let’s jump to the third century when the city of Barcelona, named after Hannibal’s father, Hamilcar Barca, was born. Rome took back the Spanish territory during the Second Punic War and the area became to be known as Roman Hispania.

Spain remained part of the Roman Empire until its fall in 476. The barbarians took control of the country. The Visigoths stayed until 711 when they were driven out by the Saracens, the Arabic and Muslim peoples from North Africa. This marked the start of independent Spanish kingdoms. You can see plenty of Arabic influence in Spanish cities such as Granada with its Alhambra and Generalife (a UNESCO World Heritage Site), Malaga's Alcazaba, and towns all over Andalusia.

By 1474, the Spanish kingdom was unifying. The Catholics started taking back power between 1118 until the end of the Reconquista in 1492.

1492 is also when, if you remember the rhyme, when Christopher Columbus set sail for the Americas. The Spanish and Portuguese empires effectively split the new world into two. The conquest of the new world and the subsequent massacre of native populations continued under the Charles V, Holy Roman Emperor. This is also the time when Madrid became the capital of Spain.

The Modern Era was defined by conflicts with other European countries and the decline of Spain. It wouldn’t be until the 18th century that Spain would find its feet on the international stage again. Unfortunately, the 19th century in Spain was marred by political instability and dictatorships under Miguel Primo de Rivera and then Franco. The democratic Spain that we know today didn’t come into existence until 1975 when Franco died!

Don’t hesitate to read more about the history of Spanish.

The Most Famous Spaniards

If you take Spanish lessons, you’ll undoubtedly come across some of these famous Spaniards.

Travelling in Spain is a way to mix language and culture in one country. The Picasso museum can teach you more about the Spanish painter who didn’t just paint Guernica.

As well as famous historical personalities, who are the most famous living Spaniards?

There are plenty of famous Spaniards in the world of sport. With Rafael Nadal, the gifted tennis player, Andrés Iniesta, the midfielder who plied his trade at Barcelona for many years, Pau Gasol in the NBA, Sergio Ramos, the Real Madrid defender, and Fernando Alonso, the F1 driver, Spain is home to plenty of famous athletes.

In terms of literature, there’s also Carlos Ruiz Zafon, the writer behind La Sombra del Viento (The Shadow of the Wind).

Unless you’ve spent afternoons watching Un Paso Adelante, you’ll probably not be that familiar with many Spanish series.

That said, platforms like Netflix have made more Spanish series accessible to those outside of Spain.

If you can’t learn Spanish in Spain, you can always immerse yourself in the Spanish language by watching Spanish series.

Here are some Spanish series you can find on Netflix or other streaming services:

So what are you going to watch this weekend?

The Most Famous Spanish Songs

Even if you haven’t taken any intensive Spanish courses, you’ll probably love dancing along to these tunes.

Whether you like flamenco, salsa, or Latino, these Spanish songs are great. Most Spanish-language songs make their way over from Latin America. Here are some tunes to get you dancing or at least do a few salsa steps:

Of course, there’s also the obvious ones like “Despacito”, the Macarena, and “La Bamba”.

There are also the ska-punk tunes from Ska-P which were doing the rounds in the 1990s, too. Then there’s La Yegros’ Viene de Mi.

What made them successful?

There are more and more Spanish-language songs becoming popular and being picked up by DJs.

So which Spanish-language song is going to be the next big summer hit?

If you need some help with your Spanish, consider enlisting the help of a private Spanish tutor on Superprof. There are three main types of tutorials available: face to face, online, and group.

Face-to-face tutorials are the most cost-effective since you're the only student but they also tend to be the most expensive by the hour. The online tutorials tend to be cheaper as the tutor doesn't have travel expenses, etc. to deal with. In group tutorials, you won't be the only student but you will be able to share the cost of the lesson with other attendees. Find the type of private Spanish tutorial that works best for you and your budget! Spanish is the fourth most spoken language in the world and the second-most in the US. Therefore learning it can significantly improve your communication skills in parts where it is used. AP Spanish Language and Culture course is offered by the College Board as part of the Advanced Placement Program in the US and is […] “He who knows no foreign languages knows nothing of his own.” - Johann Wolfgang von Goethe The status of the Catalan language is an interesting one; it’s the mother tongue of around 10 million people but there is no single state that considers it its primary official language. Speakers of Catalan far outnumber any regional […] To learn Spanish conjugation, you have to be rigorous and meticulous: for starters you have to learn the endings of all the verbs in each tense and learn all of the irregular verbs which don’t follow the normal rules. Here are our tips for mastering the tenses and moods of the Spanish language, from the […]