Here Is A Quick History Of The French Language

BlogLanguagesFrenchQuick History Of The French language

Like all the languages of the world, French also has gone through intense changes over time. The linguistic heritage of French has evolved, borrowed, and adapted continuously from the Renaissance to modern times.

The document, also known as the Strasbourg Oaths, is the Romance (put together in a Roman way) version of the oaths avowed by two of the grandsons of Charlemagne.

And although you can visit the library and read about it using a textbook, we will discuss the salient features of this document for you!

There are claims that the document's text is delicately disguised in Latin so that it was construed to appear authentic for the purposes of political propaganda.

Whereas the others believe that the Latinizing tendencies of the document divulge into the scribe's struggle with spelling French as spoken in those times.

However, there are still uncertainties that if the Strasbourg Oaths' language is Northern French, the dialect it represents is still challenging to determine. Some think of it as Picard – Picardy's dialect – while others believe it to be Franco-Provencal.

Another kind of old French taking inspiration from Walloon and Picard is a short sequence rendering by Prudentius on St. Eulalia's life. These southern and northern dialects are mingled in two texts from the 10th century — the Vie de St. Léger and the Passion du Christ.

If this is getting too complicated, read on as we delve into the specifics of the history of French: 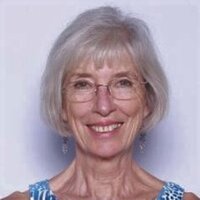 As you may have studied at school, approximately two millenniums ago, around the time of the Roman empire, is where the French language finds its roots.

The empire assumed control of territories below the Rhine river in the aftermath of the Gallic War, leading to the emergence of a burgeoning population center and increased trade.

And this increase in activity and improvement in communication resulted in further intermingling between the Romans and the Gauls.

However, the survival of Gaulish was threatened in southern Romanized areas, as it was not relied on for writing. Ultimately, Vulgar replaced Gaulish as the region's dominant language.

Presently, out of 100,000 entries in the French dictionary by Le Grand Robert, almost 100 words can be traced back to Gaulish origin.

Check for French classes near me here on Superprof.

The Franks – a Germanic tribe – had settled in the northeast of Gaul by the 4th century, united with the Roman army.

Even after the fall of the Roman Empire in the west, the Franks continued to live in what is now modern-day France.

The musicality and pronunciation of the language were modified due to the Germanic origins of the Franks. New words and new sounds, such as the [ø] in nœuds (knot) and [œ] in fleur (flower), were introduced.

Nevertheless, the most significant contribution by Franks was giving the name to what would one day become France.

And if you're enrolling in AP French, you should be well-versed in the developments we're about to discuss further.

The Dark Ages prompted a decline in education for most of the population by the end of the 8th century. This meant that the majority of the people no longer understood the Latin spoken by clerics.

As a result, after the Council of Tours in 813, King Charlemagne ordered that the priests give their sermons either in Theotiscam (Germanic language) or the Roman Rustic Language so that the commoners could comprehend.

This decision ultimately symbolized the initial recognition of what would grow into French as a language. However, it was three decades later that the actual birth of the French language took place.

After the death of Charlemagne, the empire was divided, and tensions arose amongst his grandchildren Louis the German, Lothair I, and Charles the Bald, eventually culminating in war.

Louis and Charles, in 842, took an oath against Lothair, both of them adopting a language that was understood by the troops of their brother. Louis spoke in proto-French (Gallo-Roman), and Charles spoke in Old High German.

The Strasbourg's Oath, recorded in both these languages and Latin, possibly marked the birth of both French and German.

While the version of Proto-French had similarities with Vulgar Latin, this event marked the first time it received recognized written form.

And learning about these developments will help you prepare for your AP French and even history lessons.

The Gallo-Roman language in the 10th century altered through hundreds of dialects and forms. Under the Franks' influence, multiple languages emerged in the North: the supposed languages of Oïl, whereas, in the Romanized South, the languages of Oc were born (Oïl and Oc both mean oui).

The Oc languages include the following dialects:

On the other hand, the languages of Oïl include these dialects:

This rich contrast between the two different strands of Gallo-roman languages adds to another twist in the origins of French, making it enough of a reason to learn how to speak French.

Latin continued to be the prevalent language in legal matters, education, and religion. However, slowly the vernacular language also started being employed in written communications.

Towards the end of the 11th century, the troubadours began reciting their poems in multiple dialects. And one of the most symbolic literary examples of this time is the "Song of Roland," written in the language of Oïl.

It goes without saying that the Old French, like other languages of the time, lacked clear rules and therefore had substantial differences in speech and writing. Due to this, some of the individuals supported "re-Latinization."

French was still distributed between the Oc and Oïl up until the 12th century. However, the royalty of the  Île-de-France region put in considerable effort to increase the influence of Oïl languages all over France.

Therefore, Oïl turned into a symbol of power and unification.

France witnessed the darkest years in the 14th and 15th centuries. The Hundred Years' War and The Black Plague distressed the population.

François Villon's texts, written in Middle French, perfectly imitate this turbulent period. However, the terminology employed by him is barely understood by those who speak French. This is due to the declensions, foundational changes, and alterations in the order of the words.

These days, some of his spellings might seem funny (oyseaulx, doncques, and pluye), but at that time, they were very trendy. K and W were then considered "not Latin enough" and were eliminated, whereas the letter Y was frequently used.

In the 15th century, the history of the language took a drastic turn. The free-thinking ideology stemming from the Renaissance and the creation of the printing press spearheaded this change.

As a result, it became essential to create structures and rules for the language to conduct mass distribution of pamphlets and other written works

It was then that vernacular language finally received recognition; in 1539, the Ordinance of Villers-Cotterêts established the use of French in writing laws.

During the Enlightenment, efforts were made to legitimize the French language, leading to "re-Latinization." Although, the process seemed ill-equipped.

Furthermore, the words considered harsh-sounding" and not of Latin origin were removed systematically.

It might come as a shock to history students and Francophiles that less than half of the population of France could speak French during the French Revolution. With only a segment of French locals being able to do it conversationally.

That being said, it became a symbol of the elite. French was then adopted by almost all European courts, even crossing the Atlantic with its increasing global influence.

This influence ballooned in the literary and political spheres; soon, French turned into the world's lingua franca until eventually it was supplanted by English.

French is still one of the most spoken languages globally, and it continues to enjoy substantial appeal.

French history is filled with paradoxes, and the language has been affected heavily by the constant changes in the region.

It has consistently struggled to eliminate its own barbarism, even though it is unavoidably part of its identity.

However, with time, it has developed into a beautiful, versatile, and widely relied-on addition to the world's languages.

If you want to learn more about the history of the French language or are interested in becoming fluent yourself, log onto Superprof.

Superprof provides users with the best tutors. These qualified individuals will shape their curriculum around your learning needs while providing you budget-friendly and fun education.