"Science is simply the word we use to describe a method of organising our curiousity." -Tim Minchin

Curious minds lead to innovative inventions. A feeding of that curiosity for today's youths is necessary to continue making the world a better place for years to come.

The UK, and practically all countries around the globe, need deep-thinkers and diligent researchers to tackle issues that can be solved by putting science into practice.

Therefore, since 2002, there has been a worldwide event that is held every year to help people recognise the importance of science & tech. That day is known as World Science Day for Peace and Development. In today's article, we shall discuss the purpose and meaning of establishing a day dedicated to science and how educators can introduce science-based activities to secondary and primary school students. Let's get reading! 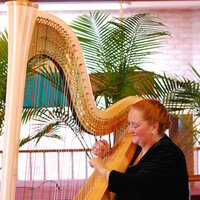 What is World Science Day All About?

As is the case with many things, World Science Day was the brainchild of many hardworking individuals who developed the idea of creating an international science event to raise awareness for scientific topics. But how did it all come about?

Well, for starters, the intrigue and urgency of creating a day in the calendar year dedicated to science came about at the 1999 World Conference for Science in Budapest, Hungary. In attendance were many delegates from countries across the six inhabited continents that brought up the idea of a yearly celebration of science & tech.

The organisation, UNESCO, who also had members present at the 1999 conference, firmly took to heart the suggestions of establishing a day once a year to revere the developments of science. Therefore, at a UNESCO meeting that is held twice per year, the idea of a "science day" was well-received and became known as the "World Science Day for Peace and Development."

After much consideration and suggestions from the scientific bodies of member states, UNESCO established at their General Conference in November 2001 the World Science Day for Peace and Development that would be observed every year on November 10, starting in 2002.

And, while it's all fine and dandy to establish yet another worldwide event, what is World Science Day all about and why should you care about it? A fair question indeed!

World Science Day was developed and put in place to increase consciousness of the ever-increasing need for science and technology in today's world. UNESCO has highlighted November 10 as a way to strengthen the following causes:

It is essential to state that World Science Day is not a niche holiday that is only for a select few, such as scientists and researchers. Instead, UNESCO has the purpose of making sure that everyone knows about World Science Day and can participate in community events.

Schools, educators, organisations, and businesses worldwide are encouraged to take part in World Science Day and create activities that all parties can thoroughly enjoy. Such as? Read the following subheadings to find out about science-based activities tailormade for primary and secondary students on World Science Day!

As a result of World Science Day, more and more people across the UK and the world are developing a fundamental appreciation for science and technology and the role it plays in our modern era.

However, like all essential things in life, there is still much work to be done to continue to inspire young generations about science-based disciplines. For instance, secondary school students are the nation's future, and they need to be lead in the right direction to enable a society that cares about science and technology to make our sick planet a better place.

So, to make World Science Day an event to remember during the formative years of secondary school, educators and school boards must work hard to establish engaging activities that instil a love for science. Such as? The following are some suggested projects and ideas for science teachers who have the immense privilege of instructing high school students on World Science Day:

And, while all of the previously stated activities are brilliant, engaging, and worthy of special attention, teachers must remember to hone their teaching abilities to introduce a new subject in a compelling way to teenagers. Educators need to encourage suggestions, make class time fun, talk to adolescents like adults and not children and remember not to sweat the small stuff. By doing so, all new activities will be a smashing success for World Science Day!

Children are heaps of fun and pretty much ecstatic to try any new project or activity in the traditional classroom. Nonetheless, that doesn't mean that educators should be calm about their planning for World Science Day, knowing that whatever they decide to do will be successful. Instead, preparation and diligent effort are required to instil in children a love for science & technology at a young age.

However, there is no need to fret if you're a primary school teacher who is out of ideas for World Science Day because we've got you covered! The following are some fantastic activity suggestions that can be done on November 10 to get schoolchildren involved in the sciences:

If a passion and appreciation for science and technology is developed at a young age, the future slowly starts to look like a better place. Therefore, it's fundamental that primary school students actively participate in World Science Day and that educators introduce all of the previously mentioned projects in the traditional UK classroom.

In conclusion, we sincerely hope that the information provided in today's article has risen sufficient awareness of participating in World Science Day in the United Kingdom and around the world. Don't forget to mark November 10 in your calendar to celebrate the importance of science & tech for years to come. Happy World Science Day, everyone! By any measure, the second decade of the 21st Century has been full of trials: extreme weather events and political upheaval, a slow economic recovery after a debilitating downturn and social media-driven protest movements. However, only nine months into 2020, we’ve lived with a deadly pandemic and murder wasps, heatwaves and hurricanes, earthquakes and tsunamis; […]