How Can You Learn More About Cantonese? “Teachers open the door. You enter by yourself” - Chinese Proverb

More and more Brits are choosing to learn Chinese and speaking Chinese is a skill increasingly sought by employers. In fact, Chinese can be a complicated language to learn and can be made much easier by learning with a teacher, speaking with natives in China, or taking intensive classes here in the UK or in China.

That said, there’s no single Chinese language and in Canton and Hong Kong, Cantonese is spoken. While often thought of as a dialect, Cantonese is actually a distinct language from Mandarin Chinese with its own writing system, vocabulary, culture, and history. You’ll see (and hear) this if you travel around China. As you move around the country, you’ll hear a lot of different languages, including Cantonese.

According to a study from the government, around a third of the population of the People's Republic of China (around 400 million people) can’t speak Mandarin Chinese, also known as Putonghua or “people’s speech”.

While most people will probably opt to learn Mandarin, this figure shows that it can be worthwhile learning another Chinese language, such as Cantonese. 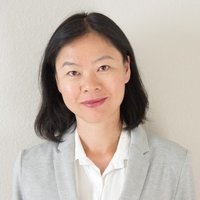 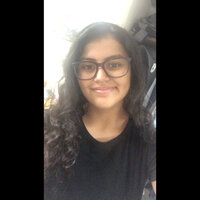 The Origins of Cantonese

Have you decided that you want to learn how to speak Cantonese?

Congratulations! What a great idea!

You need to keep in mind that Cantonese isn’t a dialect of Mandarin Chinese but rather a language in its own right. You need to know that this language is mainly spoken in southern China and is the origin of a number of different Chinese terms.

Like all languages, Chinese, and Cantonese, in particular, has an interesting history and origin story. By knowing where languages come from, we can find learning them much easier as we’ll be familiar with certain constructions. Of course, with Mandarin being the most common Chinese language in the country, you might be tempted to learn that first.

However, advocates of Cantonese will quickly point to the fact that Mandarin is only really 100 years old while Cantonese has been around for a millennium. This makes it far more representative of Chinese culture than its Mandarin counterpart.

Cantonese is also the main language of Hong Kong, which was a British colony until 1997 when it was handed back to the Chinese. This effectively makes it the capital city of the Cantonese language and helps keep the language alive.

Of course, Cantonese was born in Canton (or Guangzhou), a place where its still spoken today. If you spend time there, make sure to use the language to help you open doors to the fascinating culture and history of the area of which this language is an important part. It’s Chinese at its best!

You may do the same in Fujian Province by learning Min Chinese!

The Particularities of Cantonese

So what’s so special about Cantonese?

We can’t stress this enough, but Cantonese is often wrongly thought of a spoken dialect of Mandarin Chinese and not as an independent language in its own right. However, it’s a language that is spoken in Guangzhou (Canton) in Mainland China as well as in the administrative region of Hong Kong, as we said earlier. In fact, from the border between these two languages, you can see the differences much more clearly.

For example, the difference between the Cantonese pronunciation that sounds like a “ch” in English and the “ts” in Mandarin is often confused by beginners. A lot of foreigners find distinguishing these two sounds almost impossible. Of course, this is something that can occur when you learn any foreign language.

Similar, the “s” in Cantonese may be heard as a “sh” and vice-versa. As you’ve probably understood, Cantonese is a language in its own right, which is different from the official language of China, Mandarin Chinese.

The Differences Between Mandarin Chinese and Cantonese

Of course, while these are two different languages, they share common origins. Cantonese grammar is richer than that of Mandarin. There are a significant number of differences in terms of pronunciation, though (especially in terms of tones). These linguistic differences help support the argument that each language has its own identity and its own history.

One key difference is that Cantonese has a lot more syllables that end with a consonant. This is a trait that is also shared with the Korean language. Mandarin, on the other hand, doesn’t do this anywhere near as often.

Mandarin and Cantonese don’t actually have as many things in common as you’d think, each language is at the heart of a different culture. However, if you have your heart set on learning Cantonese and want to make things easier for yourself, you can do thanks to the private tutors on Superprof or by taking an intensive Cantonese course either in the UK or in China.

What if you're headed to Shanghai? Best to learn the Wu dialect...

To learn Mandarin London is good, and learning Cantonese is also good. In fact, this language is as good a language to learn as any. In fact, you could learn it instead of French, Spanish, German, or Italian. Let’s not forget, you’ll learn Cantonese in a similar way to any other foreign language.

It’ll also help you stand out when applying to jobs given that most other applicants probably won’t speak Cantonese. If they speak a Chinese language, it’ll probably be Mandarin, which is more commonly spoken in both Mainland China and the West. That said, learning the language of Hong Kong can be just as valuable as learning the language of Beijing. It’s an original linguistic skill that’ll get people talking about you.

Getting private tutorials with a tutor, online lessons, or intensive lessons are all good ways to get speaking Cantonese as quickly as possible. A tutor can act as your guide, provide you with support, and help you learn more about the language and culture.

Remember that a foreign language is a gateway to another culture and learning Cantonese, while a challenge, is also an incredibly rewarding experience. There’s nothing better than being able to speak a foreign language and once you’ve learnt one, learning others becomes even easier.

The characters, typography, and pronunciation have seemingly nothing in common with English, which makes the language inherently more interesting to learn than languages related to our own. It also allows us to discover new cultures, meet new people, gain self-confidence, and nourish our curiosity.

In short, Cantonese isn’t a dialect, it’s its own language and deserves to be treated as such. It’s also fascinating in terms of its culture. This should be enough to encourage you to learn it, especially given that its story is far from over.

Additionally, language learning is a rewarding experience and whether you learn to speak Chinese Mandarin, Cantonese, Hakka Chinese, or any other Sino Tibetan language, you'll have a great time.

There are language courses to help you read and write Chinese, conversational Chinese lessons to get you started with how words are pronounced, the tonal aspects of the language, and common conversational expressions and phrases that you'll hear regularly, and private tutors who can teach you Chinese online or in person how to communicate with Chinese people.

So what are you waiting for?

If you're looking to learn Cantonese or one of the less common languages spoken in China, working with a private tutor is probably your best option. If you live in a big city, you're more likely to be able to find a tutor who teaches the language you want to learn.

If you don't live in a big city, don't worry as there are also online private tutorials. Online tutorials are conducted over Skype and, as long as you have a computer with a webcam and a decent internet connection, can be with anyone from anywhere in the world.

It's time to tune your ear: can you recognise the different forms of Chinese?