What Are the Origins of the Feminist Movement and What Is It Today? Thanks to social media, nowadays we are pretty up to date with everything, weather, sports, international news, and politics, you name it. That list can also include the various social movements that are taking place, especially when they are really gathering momentum.

One of the most important social movements in recent times has been the feminist movement.

Of course, when I say recent times I only mean on social media, the modern feminist movement has been around for centuries and there are even subgroups of feminist groups.

The feminist movement has actually been around since ancient and medieval times, and today we can see how it has transformed into different ideologies, with different goals to obtain the thing that all feminists fight for, equality for women in society.

There has been gradual advancement and benefits for women thanks to feminism and while women can vote, and go to school, unlike in the past, there is still a lot more equality left to achieve. In the United States, women's rights may be more advanced than in a lot of other countries, however, many other countries are ahead of the United States.

Different countries have different feminist movements and different goals as it is not only based on the female gender, but a country's culture, the number of races that exist in a country, and other factors.

Due to these factors, we can see that feminism is actually different in different areas of the globe. 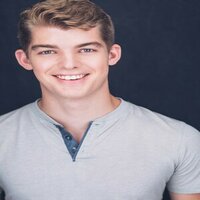 What is Feminism? How Has it Developed Through History?

As mentioned earlier, to put a simple definition, feminism is the advocacy for women to have rights that are equal to men. Throughout history, women have had the short end of the stick to how they are perceived as well as the rights women were able to have.

Throughout Western society in medieval Europe and later colonial and 18th and 19th century America, women were not allowed the rights that many enjoy today.

These are only a few of the things that women couldn't do however are allowed to now. As I write this there are still some countries where women are not able to or have a really difficult time to divorce from their husbands, get an education, getting an abortion, vote, and more.

For this women's activists, philosophers, and writers over time have created and maintained movements to gain more and more equality for women, and still do to this day.

Feminism nowadays is the result of a mix of the advancement of the feminist movement throughout history as well as the incorporation of different social ideologies and philosophies that exist, Marxism for example. There are also factors such as race and the state of the environment.

The fight for women's suffrage which began in the late 1800s is where we can begin to look for the beginnings of our modern feminist movements.

Women didn't have many choices or rights like men had, in particular white men, especially when we look specifically at the United States.

The movement for women to vote was known as the women's suffrage movement. Thanks to this movement, women were finally allowed the right to vote in 1920 when congress implemented the 19th amendment.

Then came the Great Depression and World War II, women were integral to the war machine, and in Europe well women were even put on the front lines at the time. The Soviet Union was known to have women, soldiers, during the all-out war.

The 1950s was a time where women returned back to the household and nuclear family became normal again, and it wasn't until the late 1960's that feminism started to become a strong movement again.

The Late 1960's and Birth of Various Feminist Ideologies

If you are wondering what feminism is, there is a simple answer to achieving women's rights but of course, you can look at a few different ideologies that have been created over the years, especially towards the end of the 1960s.

In general, the 1960s is famous as a time of the beginning of acceptance towards many people and ideas in society that people weren't open to before, for example:

Due to this, these rights movements became more fierce and even "radical".

Radical Feminism really took shape during this time period. Looking back on it, it is seen as a real fundamentalist movement, however, it did give birth to the different ideologies around today that are more accepted and going strong.

The different feminist movements that exist today are:

There are more, of course, the different ideologies depend on the culture of where the movement is taking place, the races that are involved, and political and economical ideas.

How to Study Feminism

There aren't really any bachelor's in feminism, at least in a mainstream way, however, there are some majors that really teach you about feminism as one of the main points of the master.

Women's Studies is the obvious choice if you want to focus on studying feminism. Women's Studies, sometimes also referred to as Feminist Studies or Gender Studies focuses on the history of women in society, and of course the different feminist movements.

Studying gender identity, sexuality, and masculinity is part of what you learn in women's studies. Studying this bachelor's degree will give you a good look at different concepts in feminism and how society has viewed and still views our gender roles as well as sexuality.

While studying a bachelor's in English or Literature isn't directly tied to studying feminism, you can find feminism throughout literature. Many of the most important ideas of feminism have come from authors over the centuries.

You can make sure to find out a lot about feminism with a good look at Feminist Literary Studies. Taking these courses will make sure you find how feminist writers used literature to make criticisms of society and comment on how women lack equality.

Just like Literature, studying a degree in philosophy won't exactly look at feminism during the duration of your degree. Philosophy just like Literature is one of the most important fields that has led to a lot of feminist ideas and thought.

Philosophy examines the human experience, and philosophers have made use of that examination throughout history to make arguments for equality between men and women.

Studying with a Private Tutor

Although many of us think we can ONLY study something as complex as Women's Studies or Feminist Studies in college, you can definitely learn a great deal, simply in your home.

Private tutors are a great way to study as you will have someone there to teach you something that you are interested in, or if you are studying in college have someone who is experienced there as a tutor and with knowledge of feminist studies and history.

Superprof is the perfect platform to find tutors to teach you about feminism. There are many qualified tutors that teach many different subjects, feminism is one of them.