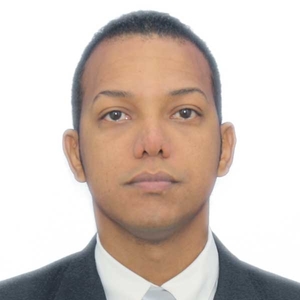 My approach is an eclectic one as I incorporate different perspectives according the specific conditions of each student or group:

The Direct Method
In this method the teaching is done entirely in the target language. The learner is not allowed to use his or her mother tongue. Grammar rules are avoided and there is emphasis on good pronunciation. [More]

Grammar-translation
Learning is largely by translation to and from the target language. Grammar rules are to be memorized and long lists of vocabulary learned by heart. There is little or no emphasis placed on developing oral ability. [More]

Audio-lingual
The theory behind this method is that learning a language means acquiring habits. There is much practice of dialogues of every situations. New language is first heard and extensively drilled before being seen in its written form. [More]

The structural approach
This method sees language as a complex of grammatical rules which are to be learned one at a time in a set order. So for example the verb "to be" is introduced and practised before the present continuous tense which uses "to be" as an auxiliary.

Suggestopedia
The theory underlying this method is that a language can be acquired only when the learner is receptive and has no mental blocks. By various methods it is suggested to the student that the language is easy - and in this way the mental blocks to learning are removed. [More]

Total Physical Response (TPR)
TPR works by having the learner respond to simple commands such as "Stand up", "Close your book", "Go to the window and open it." The method stresses the importance of aural comprehension. [More]

Communicative language teaching (CLT)
The focus of this method is to enable the learner to communicate effectively and appropriately in the various situations she would be likely to find herself in. The content of CLT courses are functions such as inviting, suggesting, complaining or notions such as the expression of time, quantity, location.

The Silent Way
This is so called because the aim of the teacher is to say as little as possible in order that the learner can be in control of what he wants to say. No use is made of the mother tongue.

Community Language Learning
In this method attempts are made to build strong personal links between the teacher and student so that there are no blocks to learning. There is much talk in the mother tongue which is translated by the teacher for repetition by the student.

Immersion
This corresponds to a great extent to the situation we have at our school. ESL students are immersed in the English language for the whole of the school day and expected to learn math, science, humanities etc. through the medium of the target language, English.

Task-based language learning
The focus of the teaching is on the completion of a task which in itself is interesting to the learners. Learners use the language they already have to complete the task and there is little correction of errors.

(This is the predominant method in middle school ESL teaching at Frankfurt International School. The tasks are subsumed in a major topic that is studied for a number of weeks. In the topic of ecology, for example, students are engaged in a number of tasks culminating in a poster presentation to the rest of the class. The tasks include reading, searching the internet, listening to taped material, selecting important vocabulary to teach other students etc.)

The Natural Approach
This approach, propounded by Professor S. Krashen, stresses the similarities between learning the first and second languages. There is no correction of mistakes. Learning takes place by the students being exposed to language that is comprehensible or made comprehensible to them.

The Lexical Syllabus
This approach is based on a computer analysis of language which identifies the most common (and hence most useful) words in the language and their various uses. The syllabus teaches these words in broadly the order of their frequency, and great emphasis is placed on the use of authentic materials.

As an English/Spanish teacher at the most prestigious educational institution in my country, UNIVERSIDAD CENTRAL DE VENEZUELA (UCV), I had the opportunity to contribute with both: the development of teaching techniques and the production of publications such as English I (study guide for health sciences professionals) which is currently the material used at UCV.