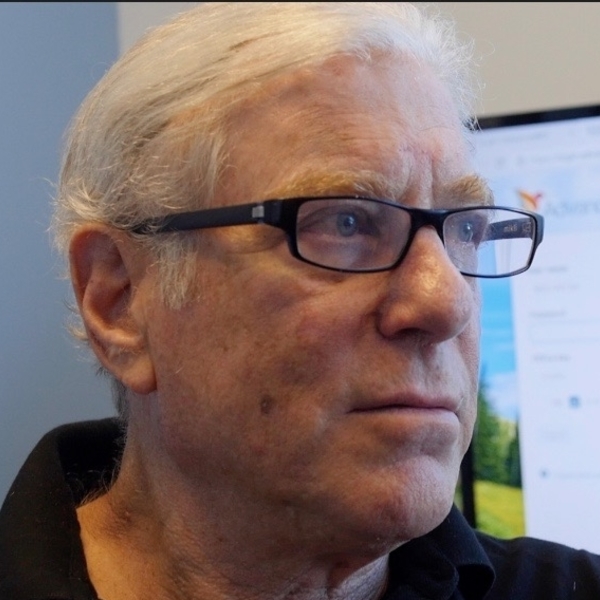 Learn to create and produce branded advertising for TV and Digital use. I am based in Miami, FL and often work in NYC.

I have trained dozens of people for jobs in all aspects of TV production and commercial advertising throughout my career starting at NBC, ABC and my own creative services company.
The people that I have trained went on to become successful copy writers, producers, directors, editors, graphic artists, animators, talent, budget controllers, vice presidents and owners of their own companies, plus so much more.

Most recently, my company SoloVision Productions, created, produced, wrote and directed hundreds of interstitials & commercials for Food Network, HGTV, DIY & Cooking Channel. Other clients included CBS, Discovery Channel, CNN, FOX News, The NHL and Dreamwork's plus Ad agencies Digitas, Colangelo and Leo Burnett.
Earlier, I worked with Y&R Asia in Singapore helping to re-brand The Television Corporation of Singapore, as it became privatized.
Previously, I headed ABCNews Advertising & Promotion during the 80's & 90's. I was a vital member of the team that helped make ABCNews the number one news organization in America. I conceived and created the ABCNews globe animation that helped to brand the entire division.
It's my intention to teach the basic elements of producing short form branded content and commercial advertising for both TV & Digital.
We'll start at the beginning of the production process from conception through the completion of a project.
Each lesson will cover aspects of the timeline that insures our finished spots meet or exceeds expectations of the client.
We'll screen and analyze different types of commercials.
We'll review what a producer does, what the director does and what crew is necessary for a project.
We'll discuss copy writing, the script, explain storyboards, shooting boards, casting as well as set design and equipment necessary to meet the needs of a production.
We'll explain the edit process, graphics, music and voice over announce.
We'll learn about costs and how to create a budget that will work realistically to produce the spots while making a proper profit.
This course will be offered to interested High School students college students and for continuing adult eduction.

As of now there shouldn't be any issues.

Other tutors in Career coaching

Learn to create and produce branded advertising for TV and Digital use. I am based in Miami, FL and often work in NYC.

All of our reviews are collected by us and are 100% reliable. They correspond to a real experience lived by students with Bruce.

This first lesson offered with Bruce will allow you to get to know each other and clearly specify your needs for your next lessons.