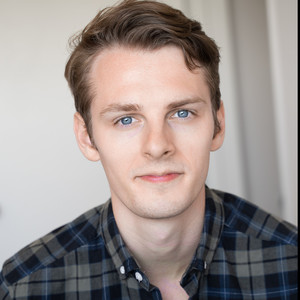 Dillon is one of our best tutors English Vocabulary. They have a high-quality profile, verified qualifications, a quick response time, and great reviews from students!

-How are the classes structured?-
All of my students send me an audio recording of a text that I’ll share with you once you send me a message. We will use this to immediately identify what sounds stand out and these are the sounds we will hone in on.

To do so, we’ll use detailed Google Documents that I’ve created for each sound of the American phonetic alphabet. Once we’ve built a solid foundation of the American accent, we’ll move on to more advanced concepts like linking, rhythm, reading text and tongue twisters which all serve as stepping stones to the ultimate goal: being able to hold the accent in a live situation.

-How long until I sound American?-
This strongly depends on the student and on the frequency of the classes. Obviously, the more frequently we meet and the more you actively drill what we’ve worked on in class the faster you’ll progress. Certain people can immediately pick up a sound when others need multiple sessions to fully get it. Our jaw, tongue and lips are usually used very intuitively so it’ll take some time to retrain them. The important thing to remember is that it’s a marathon, not a sprint.

Recording yourself will be crucial to your progress. It'll teach your ear to listen for the right sounds. Most of the time, students aren't aware of which sounds they are doing right or wrong which can result in thinking you're saying a sound wrong when in fact you might be saying it correctly (or the other way around!). In either case, it is important to listen back to your own voice to recognize objectively if the sound was spoken correctly.

I used to be in the same boat as you! I’m from Europe and came to the US with an accent. I came here to study acting in New York City and thanks to great teachers and hard work I was able to get rid of my accent and I now audition for American parts. This is how I acquired the knowledge and experience to help people that are in the same situation as I was.

In acting school, I had the privilege of having 1on1 coaching once a week and group classes twice a week for 2 years. These were specifically classes aimed at accent reduction but I also had Voice & Speech classes next to that (twice a week) which built on what I learned in the accent reduction classes.

Additionally, having had to tackle this issue as an “outsider” I also have a more nuanced understanding of the quirks and inconsistencies of the American accent as well as the stages of reducing your accent on an emotional level.

All of our reviews are collected by us and are 100% reliable. They correspond to a real experience lived by students with Dillon.

My hourly rate is $50/hr but this kind of work takes time. You won't reduce your accent within one session so I offer a 10 session package where you get a discount. Instead of paying $600 for 10 sessions, the price is $575.

If you're not sure if you'd like to commit, I offer free 30 minute clarity calls. This is different from an actual session. I'll still have you make an audio recording of a text that I'll send you as preparation for the session and we might discuss sounds and I'll show you what the class materials look like but the main purpose of this session is for us to get to know each other and see if we're a good fit!


Payment: I use Stripe which is a very popular and safe payment processor used by online businesses all over the world which makes paying for services very easy. You'll also receive a receipt that you can use for tax purposes.

Cancellation Policy: You can cancel your session up to 24hours before the time of the session and reschedule for free. If you cancel after that (e.g. 4hrs before the session), the session will not be refunded and counts as completed.