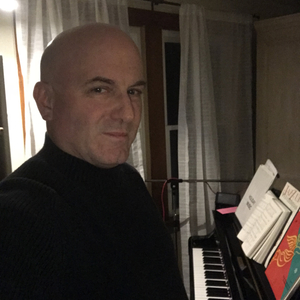 Professional Keyboardist/Composer, with over 40 years of performing, composing and teaching experience

I teach music theory, reading & writing, chords & scales, technique/ pedagogy, ear training, and improvisation. I love to ear out and transcribe other musician's pieces, and utilize this skill in thematic improvisation. Having fun is essential! Also, proper technique is super-important to learn from an early age, and there are multiple approaches, so I'm able to help all students of any skill level.

I began studying piano at age 8, and I started playing professionally at 15. I went to Indiana University School of Music Bloomington, studying under David Baker, and Dick Grove School of Music in Los Angeles. I recorded at Monterey Studios, The Record Plant, and other area studios, and had a development deal with Capitol Records. I composed and produced a CD ("Astral Waves") of original instrumental music, and I composed music for film & video, including "The Living Cell" and "Ski Telemark". I've played in many professional bands, including a Beatles Tribute Band, and an Emerson, Lake & Palmer band. Currently, I am teaching and recording a second CD.

Lessons must be cancelled at least 24 hours in advance, or they will be billed, no exceptions.