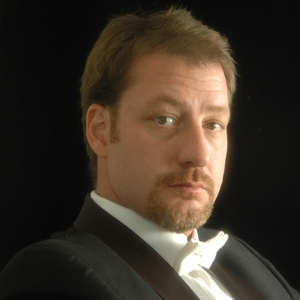 If you can laugh, you can sing, and I can teach both.

Professional opera singer who has performed on many of the renowned opera and concert stages around the world. Experienced vocal teacher and coach who has taught voice privately for over fifteen years, also has experience with choirs. A versatile singer and performer with experience in diverse styles (classical, jazz, music theater and rock) and experienced with working with different age groups. Stoke survivor and advocate for stroke awareness and an advocate of the growing field of Music Therapy.

Accomplishments
Principal artist engagements include: Metropolitan Opera, New York City Opera, San Francisco Opera, Dallas Opera, Atlanta Opera, Palm Beach Opera, Cesky Krumlov Festival, Staatsoper am Rhein, New York Philharmonic, Charlotte Symphony Orchestra, Spoleto Festival, Opera Carolina among many others.
After suffering a major stroke in 2012, I became an advocate for stroke awareness and recovery and have given motivational speeches, including musical selections, across the US and Europe. I was awarded the Stroke Ambassador of the year award in 2015 by the American Heart Association and the American Stroke Association. In 2017 I was awarded the prestigious Bakken Invitation Award, named for Dr. Earl Bakken, founder of Medtronic and inventor of the battery-operated pacemaker, that recognized my contributions of service, volunteerism and leadership. I continue to share my stroke story as an advocate for stroke awareness and the growing field of Music Therapy, and have been featured on CNN’s “The Human Factor” with Sanjay Gupta and ABC (concealed information). My story has also been written about in countless news outlets.
In 2018, I completed coursework in Music Therapy at Queens University and will continue to pursue my designation as a motivational speaker, advocating music therapy. After suffering a major brain injury and personally experiencing the power of music to heal in my own recovery, I became determined to formally study the science of music and its ability to heal the injured brain and pass on my learnings to those suffering from associated brain injuries.