Perfecting Your ‘Prost!’ in Boston BlogGermanPerfecting Your ‘Prost!’ in Boston

Finding the perfect tutor can at times be challenging but can make a huge difference when learning a new language. Learning a foreign language involves listening, speaking, reading, writing, and at times even learning a whole new alphabet and format.

Although German comes from the same West Germanic and Indo-European language family as English, it is still a language that is difficult to learn for most native English speakers. About 40% of German vocabulary is similar to the English vocabulary and even then, the various German dialects are what causes the difficulty to master the language. However, with the right German teacher, you can become fluent in this West Germanic language in no time!

German classes and private tutors are fairly easy to find in Boston’s vicinity, after all, Boston is home to around 35 colleges, universities, and community colleges. If you’re enrolled in university then universities like MIT, Harvard, and Boston University all offer an array of German lessons in Boston for college credit. Additionally, most schools now also offer options to study abroad, and learning how to speak German could be beneficial before starting a semester in any city in Germany, Austria, Switzerland, and parts of Eastern France and Northern Italy.

Private tutors can also be a great option for someone trying to learn to speak German. Nowadays online communities make it easy to find tutors anywhere in the USA and around the world. Communities like Superprof make it easy to find a German tutor anywhere in Boston, and even if you’re on the move in cities like New York, and LA. Connecting with native speakers and tutors through Superprof can be cheaper and easier than booking lessons and can give you access to an abundant database of German teachers around the world. All you have to search once on the Superprof website is German lessons near me, and a list of tutors in your radius will be aggregated.

Yet, if you’re already enrolled in German courses and are looking for more ways to perfect your pronunciation, then complimenting your lessons can be your answer. Immersing yourself in German culture is the best avenue to grow your German phonetics. You can start with typical German music, literature, and films, but cultural meetups can also be instrumental. Continue reading to find out the best groups and gatherings around Boston that can aid your budding German vocabulary and improve your Auf Wiedersehen. 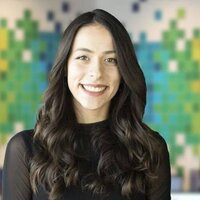 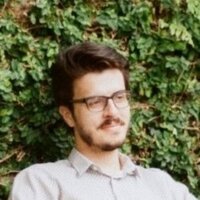 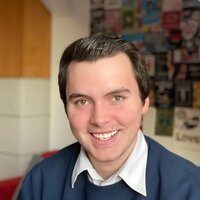 There are multiple German associations in and around Boston that can connect you to various communities. If you have an interest in German business then perhaps the German-American Business Council of Boston can be a great push to not only socialize with others but also to cultivate beneficial relationships with other international businesses around the city. Memberships are available for students and up to gold sponsor corporate members.

Another association worth visiting or joining is the Austro-American Association of Boston, which was founded in 1944 and incorporated in 1970. The association was formed to further the interest in Austria and the Austrian culture.

In recent years, the Austro-American Association has supported grants and scholarships for scholars and artists who are developing projects related to Austrian culture around Boston. The grants and scholarships are normally funded by the association’s annual community events from lectures to holiday festivals, which in part are a great way to immerse yourself in the various cultures that speak the native tongue of German. In addition, meeting new local Bostonians who speak German can help you practice and learn how to speak German at a faster pace.

If being a member of an association is too much of a commitment, then attending a few cultural events around the city could be more your speed. German festivals like Oktoberfest are now globally celebrated around the world, yet there are a few other German and Austrian holidays celebrated around Boston that can help you immerse in the cultures and help you reach your German language goals quicker.

Beer in Boston is found in abundance with local breweries that are nationally known as well as small unique shops, so it comes as no surprise that the city hosts its fair share of Oktoberfest events. Oktoberfest began about 200 plus years ago in Germany’s Bavaria region to celebrate the wedding of Bavaria’s Crowned Prince Ludwig and Princess Therese of Saxony-Hildburghausen. All the citizens of Munich were invited, and the wedding was celebrated throughout multiple days of feasting, horse races, and obviously loads of beer drinking. The festivities were enjoyed by everyone that the celebration became an annual event.

Today, Munich’s Oktoberfest is an important part of the Bavarian culture and around six million visitors from all over the world visit the festival every year. Boston alone celebrates with over 20+ festivals around the city from mid-September to early October.

But, if large crowds and beer drinking is not your cup of tea, then there are plenty of other ways to celebrate German culture. The Austro-American Association of Boston holds weekly movie nights showcasing Austrian films and filmmakers, which is a great way to hear new dialects and words that can aid your German lessons.

A fan of classical music and composition? Then a night at Boston’s Symphony Hall listening to the great musical masterpieces of German composer Johan Sebastian Bach and or Austrian composer Wolfgang Amadeus Mozart is the perfect way to learn more about the culture’s music background.

From associations to cultural festivals, maybe a small group to practice your new German vocabulary is more your speed. The Goethe Institut of Boston located by the Boston Common is a great way to interact with fellow students and continue learning German. In addition to their multiple level German courses, The Goethe Institut also hosts a variety of events that gather small groups of alumnae, current students, and community members. Their events range from lectures, art showcases, and German films with times to engage in conversation with different attendees throughout the events.

If you are looking for a more frequent group to practice, then online communities through sites like Meetup and Reddit are great resources. The Boston German Language Meetup Group is a public group of around 2,000 members around Boston and connects on a weekly basis over a few pints in pubs around the city. The group was formed by a German ex-pat who formed the group to meet other German speakers who once lived in Europe or those just wanting to practice their German.

Another great way to reinforce your German language knowledge is through mobile applications and online tutorials. Most of these resources are free of charge and support your lessons through vocabulary training, repetition, and interactive games.

A few great mobile applications to try are City of Words an online game offered by The Goethe Institut that is perfect for German language beginners. The application is a great gamified resource that makes learning fun and can be easily downloaded right to your mobile device or streamed through their website. Another great online source is Brainscape which offers a large directory of German flashcard decks that are categorized by level, subject, and environment.

Now that you have all of these resources at your fingertips, the path to learning to speak German in Boston is more accessible. Whichever way you choose to start and or continue your German language studies make sure you have the right tools and instruction. And if you’re ever looking for German tutors in any other city like Houston, Chicago, Philly, or anywhere else in the United States, you can be sure that the right resources are easy to find with communities like Superprof!