BlogArts and HobbiesCookingFamous restaurants with Local Dishes in the USA

The United States has many notorious locations, tourist spots, historic sites, and places worth visiting. Among all that, Americans are also known for their delicious cuisine and people from all over the world enjoy the gastronomical aspect of visiting America.

American cuisine has an enriching background due to all the different influences the land had.

From Native Americans, who were nomads living off the land, to colonialism which introduced new ways of eating and cooking, and the influence of immigrants, America has a fascinating and culturally rich background and its cuisine is the perfect example of it.

Today, every state and city in the United States, from Florida to Washington to Texas and California, has amazing food to offer.

You can find the most delicious fried chicken, original forms of eating pizza, lift a rock and find a grill house, a steakhouse, a burger served with french fries, a restaurant opened 24/7, or a bar-restaurant, try the best sandwich and find the most diverse menu, all in any one city.

If you're wondering what are some good restaurants for casual dining, to order on-the-go, family-friendly, or for a fancy night, then you've come to the right place.

We are going to share with you a list of the best and most popular restaurants in America. Continue reading and be ready with a pen and paper so that you can take notes of the restaurants and locations you could visit while you travel.

In America, there are many popular fast-food restaurants, chain restaurants, amazing burger places, and many restaurants with a chef renowned worldwide.

Go check our guide to the United States cooking to learn more about the subject. 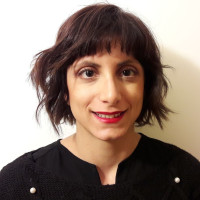 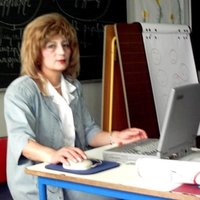 You probably already figured that the fast-food industry in America is bigger than in any other country in the world.

If you visit the United States there is a possibility you're going to want to eat at a fast-food chain, which is why we've brought to you information on some of the most famous fast-food places.

Chipotle Mexican Grill is an American chain of fast-casual restaurants specialized in Tex Mex food (tacos, burritos, enchiladas), that customers can order and see how they are prepared and served.

The restaurant company has locations in the United States, UK, Canada, France, and Germany. A fast-casual establishment refers to any restaurant that offers good quality food but doesn't necessarily offer full-table service. That's why customers can see how their order is prepared.

Subway is a fast-food restaurant franchise dedicated to selling submarine sandwiches (subs). It was founded in Connecticut in 1965 under the name "Super Submarines" by 17-year-old Fred DeLuca.

After a year of operating, they decided to change the name and two years later they came up with Subway.

The restaurant's sales were going so well that it became a franchise in 1974 and it has since expanded to become a global franchise with 37,540 locations in more than 100 countries.

Pizza Hut was founded in 1958, it is an American restaurant chain and international franchise. They offer a pizza service and some Italian-American dishes, like side dishes, pasta, and desserts.

The Pizza Hut chain has more than 18 000 restaurants worldwide and it is considered the largest pizza chain in a number of locations.

Kentucky Fried Chicken is a fast-food restaurant and their specialty, you guessed it, is fried chicken. They also offer other dishes like salad, sandwiches, burgers, grilled chicken, but, as mentioned, their original menu and basic service is fried chicken.

KFC is the world's second-largest restaurant chain (right after McDonald's), with more than 22 000 locations in 150 countries.

Now, we've brought for you, a list of chains and franchises of American restaurants.

Their menu offers steak, chops, burgers, chicken, seafood, sandwiches, pasta, soups, and salads. But, again, they offer delicious pastries and their signature dish is the cheesecake.

Applebee's Neighborhood Grill + Bar is an American restaurant chain famous for its cute, cozy, casual dining, with American dishes such as salads, pasta, burgers, chicken, and "riblets" (which is considered Applebee's signature dish).

Applebee's restaurants are famous for their signature bar area where they serve alcoholic beverages in every restaurant.

Olive Garden is an American casual dining restaurant chain specializing in Italian-American cuisine with headquarters in Orange County, Florida. They now have 900 locations worldwide and are one of the most popular restaurants amongst the American people.

T.G.I Friday's (Thank God It's Friday) is an American restaurant chain focusing on casual dining with over 870 restaurants in around 60 countries.

Its menu offers a wide variety of food, from burgers, steak, grill, sandwiches, and many specialties from the chef.

In-N-Out Burger is an American burger chain with a location limited to the West Coast (primarily California and the Southwest). It was opened in 1948 in Baldwin Park, California; and every year that it grew, it expanded to a new territory.

Today, they have locations across California and also in Arizona, Nevada, Utah, Texas, Oregon, and Colorado.

The company has decided not to franchise or go public because they believe that more sales and rapid growth will hurt the quality of their product and their average customer.

Five Guys is another American burger restaurant and its first location was opened in 1986 in Virginia. It first grew out of the state and into Washington in 2001. In 2003 the company started doing bigger deals and they began franchising.

Today, Five Guys has more than 1 500 locations open around the world. The company was the "fastest-growing" fast-food chain in the United States, with a 32.8% sales increase from 2010 to 2011.

White Castle is an American regional hamburger restaurant chain that opened in the 1920s and it has been crowned as the world's "first fast-food burger chain".

Their sales have grown slowly but today the company has over 370 locations across 13 states, with their greatest presence in the Midwest and New York City.

Sonic is an American drive-in burger restaurant and it has over 3 490 restaurants operating across 46 states in the United States.

At Sonic, they're famous for their distinctive roller skates and carhops, and every year they host a competition to determine their top roller skater.

Famous Restaurants in the Country

Having one exact list of the best restaurants in the country is almost impossible because it's hard to be objective with so many options.

However, we have a quick list of some renowned places across the country. Keep in mind that eating at food chains will be a lot cheaper than eating at a place where a famous chef is preparing the meals.

Finally, remember that you won't be served average food in any of these places, they are all renowned for creating an experience.

Read about US regions and their dishes.