The Best Films of Nippon BlogJapaneseWhat Are the Most Popular Japanese Films?

Japanese entertainment is, without a doubt, one of the best in the world. From classical Japanese art like Kabuki, a type of theatre drama on UNESCO’s list of Intangible World Heritage, to modern-day anime and video games, like the widely popular Super Smash Bros of Masahiro Sakurai - Japanese culture has formed some of the world’s best films, games and more. Whether it be director Mizoguchi, horror films like Ichi the Killer, or famous TV series like Zatoichi - it can be argued that no other medium is more popular than Japanese animation. Studio Ghibli, a powerhouse in animation, produces animation movies even the most famous Japanese films have a hard time contending with. Whether you want to expand your knowledge past Ghibli, learn about Japanese cinematography or simply need some great films to watch - Superprof invites you to discover the eight most celebrated works in the Japanese film industry. With the recent attacks on a Kyoto anime studio, it is more important than ever to celebrate the force of good entertainment has been in the country and around the world. 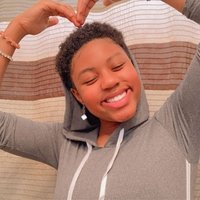 Seven Samurai, a cult film made by director Akira Kurosawa in 1954, is a piece that has contributed heavily to the evolution of Japanese movies and filmmaking. The movie has been a source of inspiration for Japanese directors since its debut and has solidified its place as one of the best Japanese movies ever made. Whether from an international film festival or from critics at home, here are some of the accolades the film has garnered over the years:

The premise of the film is about how, during the 16th century, a village hires 7 samurai to defend itself against bandits present in the region. Between epic scenes and sentimental plots, the Seven Samurai remains one of the greatest references to Japanese film and world cinema to this day!

If the first film wasn’t really your style - this second one is bound to set your heart racing. Battle Royale, directed by Kinji Fukasaku in 2000, garnered attention again later in the decade after its fans called out the Hunger Games in an outrage for its nearly identical plot. Accusations aside, this Japanese movie was actually adapted from a novel of the same name written by Koshun Takami. Later, it was again adapted but, this time, to a manga of the same name. A quick warning: Royale is not a movie for the light-hearted. Bordering on the Japanese horror genre, the plot is the following: in the near future, adults are abnormally terrified of disobedient teenagers. As a result, every year, they force a senior class to travel to an isolated island where they, once there, must then participate in a competition. This competition? To kill each other and be the last one standing. It gets even more gruesome: all of them where a collar around their neck that will detonate if, in the end, there is more than one survivor. While it may not be your run of the mill, live-action or black comedy film - Battle Royale is intense, a film that critiques the Japanese school system and, of course, one of gore. If you’d love to see what the Hunger Games looks like if it was made by Quentin Tarantino - this is one of the movies to definitely see! Check out the Royale-esque Japanese game show for more!

Also known as Seppuku in some countries, this feature film tells the story of Hanshiro Tsugumo - an ancient samurai turned Ronin (rouge mercenary) that ends up in the home of Clan Li. Once there, Tsugumo asks, according to sacred rites, to carry out the act of Seppuku, otherwise known as a suicide ritual. The clan’s steward tries to dissuade him and, in doing so, compels Tsugumo to tell his story. The film, made in 1962, is one of the best movies on samurai and the notion of honour in the 17th century. The film is to Japan a masterful reflection of the behaviour and challenges faced by the warriors of the time. As an international film, it offers the viewer a travel back in time and get a taste of Japanese culture.

Made in 2000 and commonly known as Ju-On (The Grudge), this horror film was directed by Takashi Shimizu. The film tells the story of Shunsuke Kobayashi, a teacher who gets worried after his student Toshio Saeki has missed school for some time. When he pays a visit to his house, Shunsuke finds him dead. After that, Shunsuke starts experiencing strange phenomena all around him. The film, known by many people outside the foreign language niche, has had many sequels and remakes since then:

While it didn’t go on to win any best foreign language film nominations, it has gained cult status in many countries outside Japan over the years. Commonly seen at screenings of foreign language festivals and one of the scariest to many - the film remains a classic to this day in Japanese cinema.

Hana-bi was made in 1997 by Takeshi Kitano. This drama recounts the story of Yoshitaka Nishi, a former police detective that, after a series of events, quit his job in order to take care of his terminally ill wife Miyuki. In order to pay off the yakuza, a gangster/organized crime syndicate of Japan, and give his wife one last trip, he robs a bank while disguised as a police officer. Filled with tragedies, cursed love and violence - this film has gone down in history as one of the best foreign films to audiences abroad. If a film on police-turned-robber isn’t enough to convince you of the film’s merit - Takeshi Kitano, the director, also stars as the leading actor in the film. Notorious in film history for his film on the yakuza and Japanese government, such as Outrage, Hana-bi is considered by some to be the best film of all time. If there’s ever a Japanese film to watch, this is it! For more Japanese entertainment, check out this TV drama guide!

Tokyo Story, with the original title of Tokyo Monogatari, is a postwar, 1953 film directed by Yasujiro Ozu. The film tells the story of old folks who go on a trip to visit their children in Tokyo. Once they arrive, however, they find that their children are too busy to actually spend time with them. In this way, this spirited film emphasizes the breakdown of the traditional Japanese society. The film was widely criticized upon its initial debut as being reactionary with regards to the tradition of showing respect for one’s ancestors. Controversy aside, the film manages to portray the melancholy of people feeling a deep societal shift and cultural nostalgia within Japan. Tokyo Story isn’t just one of the best Japanese films of all time but one of the best in the history of cinema. This film introduced Ozu to more western audiences and made a deep impact abroad as a great and relatable foreign language film.

If the Grudge wasn’t scary enough to get you going, give Hideo Nakata’s 1998 movie Ring a try. The second horror movie on the list, this ghost story is without a doubt one of the best horror films ever made. The highest grossing Japanese film in Hong Kong until 2015, Ring was named after a novel of the same name written by Koji Suzuki and another prime example of a Japanese novel-to-film adaptation. The movie revolved around a cursed videotape that caused the death of its viewer seven days after it was seen. Accomplished with a great screenwriter and simple cinematography, the film was terrifying and efficient at keeping audiences at the edge of their seats for 96 minutes straight. Heavily inspired by the superstition of Yurei, vengeful Japanese spirits, the film made an impression on Japanese audiences as soon as it debuted - it is one of the highest growing horror films in Japan to date.

Yet another film that has had many remakes and has more fans than any biopic or documentaries, this cult classic first appeared in 1954 and was directed by Ishiro Honda. The basis of the story is exactly what you think, a giant misunderstood dinosaur ravages a city and goes from being a monster to a hero. It didn’t win any Cannes film awards but it’s a must-see! Some other notable movies you’ll want to check out are Rashomon, starring Toshiro Mifune, The Tale of Princess Kaguya, The Hidden Fortress, Yojimbo and more. Here's some more info on the Japanese media industry!