Learn Tennis with the best tutors BlogHealth and FitnessTennisThe best tennis players in the USA

Serena Williams, Venus Williams, Pete Sampras, Andre Agassi, Andy Roddick, and many others – this is the legacy of the United States when it comes to tennis.

Once considered a force to be reckoned with, before the takeover by Swedes and Aussies, America has won more grand slams than any other nation in history.

While the present state of American tennis is facing a drought, especially men’s tennis, it has managed to find great success in its female tennis force, thanks to the William sisters.

Since Agassi, America has been looking for more homegrown champions. However, the dry spell does not deter a budding generation of tennis players from wanting to make new records.

The longevity and records of the past players have set very high standards for admiration for others and something to strive for. 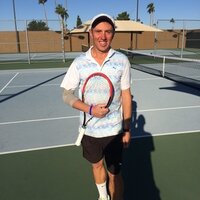 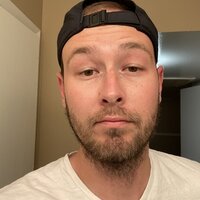 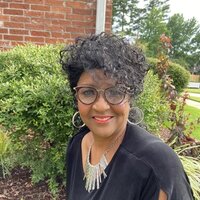 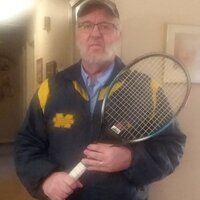 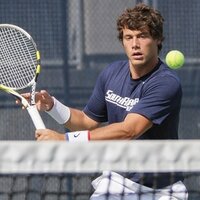 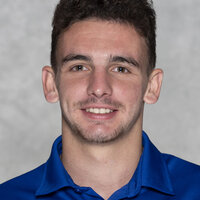 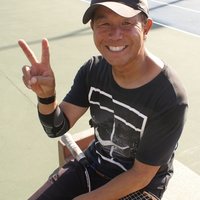 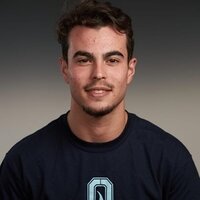 It does not matter whether you are a basketball, baseball, hockey, or football fan; it pays to familiarize yourself with the greatness of tennis in America and the cause of that greatness.

This name does not need any introduction; Serena Williams is the greatest female player in tennis history with around 4 Olympic gold medals and 39 Grand Slam titles.

Born in Saginaw, Michigan, Serena William is known not only among tennis fans but also across the boundaries of the sport.

With her philanthropic and entertainment work outside the court, even those who haven’t seen her play will know her.

She changed the face of sports for women in multiple ways. And having succeeded in 23 Grand Slam singles finals, she is only one victory away from surpassing Margaret Court’s milestone of 24 titles.

She has also achieved first place in WTA’s world ranking on multiple occasions.

Of course, when you talk about Serena Williams, how can you forget her sister, who is also deemed one of the most prominent tennis players ever to live!

Born in Lynwood, California, she is praised for bringing formerly unseen athleticism and power to women’s tennis.

However, this female powerhouse did not stop there as she opposed the historical problem of male tennis players being paid more than women. She was eventually victorious in securing the same prize money for women.

She has won a total of seven Grand Slam titles, becoming one of the major contributors to America’s total tally.

When looking at male US tennis players, Pete Sampras holds the highest number of Grand Slams – 14. He had a successful and long career overall due to his outstanding volleys and serve play style.

Sampras might not be considered the most well-rounded tennis player in history; however, his dominance in the court was a force to be reckoned with, compelling his opponents to adapt to him.

One of the craziest things about Sampras is he could have received way more success without ever evolving his game.

Moreover, he was infamous for using the same racket throughout his career and followed a game plan that was very simple yet effective.

And even though his playing style was quite straightforward, you cannot argue with the results, and he made sure he got them.

Andre Agassi won eight Grand Slam titles; however, according to Matt Wilansky of ESPN, these accomplishments might rival or even overshadow Sampras’ 14 titles.

Agassi had a great career and is considered one of the best athletes in the sport. His feats in tennis are no less than the current leaders, spending 101 weeks as the No. 1 player in the world.

Add an Olympic gold medal to it, and you have an award-winning potential biopic.

When making this list, we couldn’t overlook Tildon. He upped the stakes for everyone by winning 10 Grand Slam championships along with 7 US national titles.

Not only that, but he also represented the United States Davis Cup team that brought home seven back-to-back championships.

The most intriguing thing about Tilden’s success is that all of this was achieved in a ten-year period. He truly reigned supreme over the tennis world in the 1920s.

Bill Tilden was voted the greatest tennis player for the first half of the 20th century by the Associated Press in 1950. However, in the list of all-time US tennis greats, he bags the fifth spot.

Of course, the Associated Press could not have predicted the players that would emerge in the late 20th century and early 21st century, making America front runner for a long time.

Most of us are familiar with John McEnroe’s outbursts on the field; however, he was much more than that. He was a racket-wielding powerhouse with 7 Grand Slam titles.

McEnroe was known as one of the players responsible for popularizing tennis globally. And even today, he is still regularly name-dropped during match commentaries.

With multiple titles, McEnroe held his own in an era that had quite a few dominant players and gave them a hard time.

Moreover, his technique might be considered outdated for the younger generations; however, he had a stinging serve and fought for every point.

Sure, his attitude cost him at integral avenues in his career as experts admit it did more harm than good. Albeit, he would not be remembered as fondly as he is today had it not been for that attitude.

Many do not even remember just how good a player Jim Courier was during his prime years. He won around four Grand Slam titles and came close to winning all four majors in a row.

And despite reaching the Wimbledon tennis tournament’s final and the US Open, he could not bring the trophy home.

Yet what makes Courier a well-respected player is how he carried himself. He was quite steady during most of his career.

Not only was he one of the mainstays on the American Davis Cup US team, but he also stayed in the top 10 for most of his career.

His top moment came when he reached the number 1 spot in the world in 1992. And even though that was short-lived, it was enough for him to be remembered among the best Americans in tennis history.

Another woman who filled the nation with pride was the tennis legend, Billie Jean King. She won 39 Grand Slam titles, including 16 doubles and 12 singles.

King was the founder of the Women’s Sports Foundation and Women’s Tennis Association, which paved the way for other legends like the Williams sisters.

Furthermore, she held the number 1 title for a long time, and among her famous victories is when she beat Bobby Riggs in the 1973 Battle of the Sexes match.

Unfortunately, his career was relatively short-lived as he contracted AIDS during a bypass surgery from a blood transfusion. He devoted his final year doing campaigns for raising AIDS awareness.

The heights Michael Chang achieved in his career are quite remarkable in hindsight. At the age of 17, he won the 1989 French Open, despite being one of the most diminutive players on tour.

He never won a Grand Slam after that; however, he reached the final of the US Open, Australian Open, and another French Open in his career.

Due to his size, he faced a lot of difficulties and had to rely on his defensive abilities mostly. Yet his speed was simply the best on tour, and he could drive his opponents crazy.

Unfortunately, he never did reach the number one spot globally, but he did bag the second spot in 1996. Chang is a member of the International Tennis Hall of Fame and is well respected among his peers.

In a different era, Andy Roddick might have been considered the best of the best; but he still grabs a top ten spot in the US. However, winning only a single Grand Slam title does not make his case that strong.

Of course, his peak coincided with Roger Federer, who is undoubtedly the top player of all time. Roddick won the US Open in 2003 and is still the last American man to have won a Grand Slam title.

Many believed that he was destined for great wins; however, he could never overcome the final hurdle. His last three Wimbledon tennis tournaments finals certainly left much to be desired since he came so close to bringing that title back home.

He also lacked success on clay courts, bringing him last place on the list. However, he does get credit for being one of the most intimidating players of his era, armed with a deadly serve.

Roddick ranked at number one in the world after his US Open title and has stayed a competitive player in the majors for a long time.

Though men’s tennis has had quite a slump for a long time in the US, women are climbing up the ladder further and further.

Get in touch with hundreds of tennis tutors at Superprof to become the next prodigy in the world of tennis. Who knows, you might be the next American Grand Slam winner!