BlogBoxingBoxing Classes For Men and Women

It is no surprise that people automatically assume that boxing is a male sport.

It comes as a bigger surprise to know that women have participated in boxing for almost as long as the sport has existed.

It is reported that women have been entering the ring since the 18th century.

Even though women have been practicing the sport since boxing was created, it doesn’t mean that it has always been warmly welcomed.

History has taught us that women had to hide in order to continue practicing, mostly because it was considered a male sport and people wouldn’t see it as appropriate for women to be involved.

For starters, boxing has been an Olympic sport as of 688 BC in ancient Greece and 1904 in the modern world.

Whereas women’s boxing has been accepted as an Olympic sport as of 2012, that is only seven years ago, talk about a huge difference.

This helped through art, such as the Award-winning film, Million Dollar Baby, and an increase in gyms around the United States offering kickboxing within their workout classes.

Today, boxing can be seen as not only a sport but also as a great workout class.

In addition to this, women can learn great self-defense techniques that they could be confident in using if need be.

What really is the difference between female boxing versus male boxing? When it comes to boxing as a sport, the actual techniques and rules are practically the same.

The differences may be seen on equipment, pre-fight regulations and how the matches actually run. Boxing as a workout though presents very minimal differences. 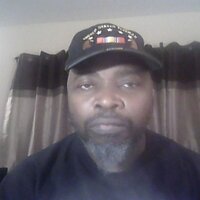 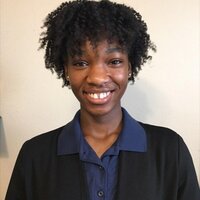 Boxing is a full combat sport where usually two people involved wear protective gear and throw punches at each other. Because of this, equipment is necessary when it comes to practicing this sport.

There are similarities on equipment for both women and men’s boxing, such as the gloves, but there is also a difference in protective gear.

Boxing gloves are shaped like ballooned mittens, curled at the top to protect one’s hands and absorb impact. They also have a thumb portion that can aid with a tighter fit.

There are differences, however, when it comes to women and men’s boxing gloves. Gloves are sized by ounces and they can range from sizes between 4 to 20 ounces. More weight tends to have more padding and therefore more protection for your hands.

Women’s boxing gloves though tend to be made slimmer to suit smaller and slimmer hands.

This can also guarantee that you will have a tighter fit and your glove will stay in place when throwing those punches.

The best thing to keep in mind is to find a pair of boxing gloves that suit you perfectly. The only way to do this is to try them on.

Finding the perfect pair of boxing gloves can be easy when you visit a sporting shop where you can see the gloves in person and talk to an expert.

You want to have a pair of gloves with enough padding but a pair that doesn’t feel too heavy either.

A great pair of gloves is crucial to your boxing practice because of safety, performance, and control.

Both women and men wear groin protection for safety while on the ring. Even though trainers discourage from hitting this area for safety purposes and as a form of professionalism, when punches are being thrown, you never know how things will end up.

In addition to this, women are also encouraged to wear breast protection for some levels of boxing competitions, where for men, this is not an issue.

A mouthpiece can also be suggested but it is not a requirement for either sex.  Mouthpieces are usually found near boxing equipment, so you definitely won't be the only one wearing one.

Women are required to utilize head guards at any age when boxing as a sport. It may not be a requirement for men, but you may see it sometimes being used by men, too.

When a sport’s main objective involves punching and full contact, wearing the most safety equipment will not be your worst idea.

Differences On Rules and Regulations

Boxing techniques will not be different depending on the sex. The same moves are being used, same stances and the same punches.

There are minor differences in rules and regulations between men and women’s boxing. A boxing match is divided into rounds. In men’s boxing, a match can be up to 12 rounds and each can last up to 3 minutes.

The 1-minute time difference between women and men’s boxing is no game-changer in the intensity of a boxing match.

If you have ever seen a women’s boxing match, you can agree that it is just as energetic and strong as any men’s boxing match! Women have to comply with a few other rules when it comes to boxing.

When a woman is about to compete and if they happen to have long hair, they must have it secured. This could be the same for men, but men who box typically have short hair.

For women, again, if you have ever seen a women’s match, they usually have their hair secured by French braids or up-dos that keep their hair away from their face and shoulders.

Finally, women are not allowed to compete if they are pregnant. Because this is a combat sport, this rule is for both the safety of the baby and woman.

Women may be required to take a pregnancy test before the match just to be sure that she is not putting herself or a baby at risk.

Differences On Boxing as a Workout

Now that we have seen all the difference between women and men’s boxing as a sport, let's change gears and talk about how this may differ when it comes to boxing as a workout.

Because working out won't involve having a real-life match, the rules may be a bit more lenient. When it comes to equipment requirements, generally, this remains the same.

This is because sports centers want to be sure that their members are being safe while taking workout classes.

Depending on where you take boxing lessons, the rules and regulations may vary for safety purposes. Gloves are necessary when practicing, as this is what is considered required equipment when it comes to boxing.

Try punching a punching bag for a few minutes without any boxing gloves, your fists will be begging you for them, there no doubt about that!

Most gyms will require groin protection for men, again to make sure members are being as safe as possible, whereas women are not required to use this when taking boxing lessons.

Generally speaking, gyms will also require you to wear mouth gear for both men and women, in case any punches go wrong.

Head guards are not required when taking boxing lessons at a gym for either men or women, but you can certainly utilize it if you feel safer.

If you have ever been to a boxing specific center or gym, you will notice that most trainees, men, and women, wear heard guards.

Heard guards though are only required for women’s boxing matches, but a lot of men prefer to train with them to increase their confidence and lead to better performance.

The more protection you have when taking boxing lessons, the safer you will feel to practice it, which can lead to better performance.