How To Build A Sentence In Hindi If you are just starting to learn Hindi, have a look at our previous articles about the basics of Hindi grammar, Hindi verbs conjugation and how to use Hindi tenses.

If you made it so far, you most likely know that Hindi belong to the Indo-Aryan group of languages and that it emerged from Sanskrit and Kari Boli (the medieval languages spoken in the Indian sub-continent) through the influence of Persian and Arabic.

As you might also know, Hindi and Urdu are two version of the same language called Hindustani. The difference between those two languages is more socio-cultural than linguistic.

Hindustani was formed during the Mogul Empire. The Mogul dynasties were Muslims following mainly Persian cultural tradition. The Persian language, official dialect of the Imperial court, mixed with local dialects and Hindustani was born. For a long time, the language was the common vernacular of Hindus and Muslims alike.

While the formers wrote Hindustani using the Devanagari script (related to the native Sanskrit) the laters used the imported Persian alphabet.

The divide in the common language appeared in the mid-19th century, when one alphabet, the Persian one, was made official over the Devanagari script. Of course, Hindus were not pleased by this decision. However, it took more than a century for Hindi in the Devanagari script to be recognised as the official standard form of Hindi.

While the divide is still the object of much controversy in the country, the good news is that both spoken version of the language remain so closely related that Hindi and Urdu speakers can understand each other.

Today, Hindi is the most spoken native language of India.

Back on the main subject of this article: how to build a sentence in Hindi. 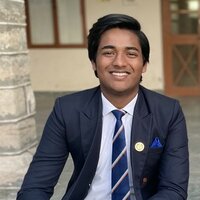 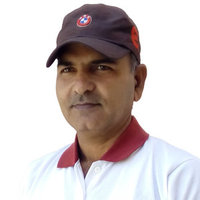 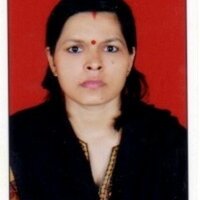 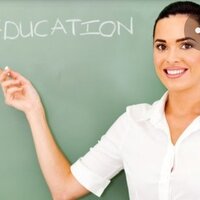 In English, a simple sentence is composed of three things: a subject, a verb and an object, commonly in this precise order.

There a three more type of sentence in the English language:

"My name is John and I am from London"

" I speak English because I am from London."

Now let's have a look at the structure of Hindi sentences.

The Construction of Hindi Sentences

Hindi grammar follows the same type of sentences than English grammar. However, the order of the words will differ.

In Hindi, the standard structure of a simple sentence will be subject, object and verb, in that order.

Also note that in the examples below, names like John or Delhi, do not take an upper case. The only reason for that is that the Devanagari script does not differentiate upper and lower case.

"My name is John and I am from London =

" I speak English because I am from London =

The Different Type of Hindi Sentences

In Hindi, these six different grammatical forms are:

For all the examples we will use simple sentences except for the indicative form.

This type of sentence is used to express something that is true. In the example below, you will also notice the use of the "।" at the end of the sentence. It is called "poorn viraam" in Hindi which simply means "full stop".

This is the opposite of the affirmative form and is used to express something that is not true.

This form is used to express an order, a command, a request or to advise someone to do something (or not). It is common for warning signs to be written in the imperative form.

"You should do your homework now. =

In this last example, you will notice that we used an exclamation mark (!). In Hindi, it is common to use Latin punctuation such as the colon, semi-colon, dash or question mark. Note that the Hindi language use of these punctuation signs is the same than the one in the Latin alphabet.

This form is used to formulate a question.

Unlike English, Hindi does not reverse the subject and the verb for the interrogative form. The question mark at the end of the sentence is the only indication that the phrase is a question. See a negative form sentence below:

This means "I do not know where you are going" but the order of the words is the same as the one in the interrogative form.

You will also notice that we used "Tum" for "you" but earlier we used "aapako". Both are correct. In fact Hindi has three different pronouns for the second person.

It all depends on the level of familarity the speaker wants to express:

If you would like to find Hindi lessons near you, Superprof is here to help.

This type of sentence is the same as an affirmative or negative one, but the exclamatory form is used to express surprise, emotion or excitement. These type of Hindi phrases will be punctuated with an exclamation mark just like in English.

Traditions and customs still have a huge deal of importance in romantic relationships for Indians. For centuries marriages were arranged by the family with the help of a matchmaker. A couple of generations back, it was still very common for the future couple to only meet on their wedding day.

These traditions, closely linked to the cast system, are so ingrained into the Indian culture that couple who meet on their own (i.e. without the interference of a match maker) will often go through the same steps as a regular arranged wedding. These are called self-arranged unions.

This form expresses a speculation or a conditional fact. In English this is usually done by using the conjunction "if" or the verbs may or might.

"If you do your work, then we will go to Bombay =

Bombay is the former name of the Maharashtra state capital Mumbai. Officially the city was renamed Mumbai in 1995 when the Hindi nationalist party, the Shiv Sena, won the state elections.

The name Bombay was said to have been inherited from the British colonial era, and it was voted that the city should be renamed after the patron goddess of the town, Mumbadevi.

This change did not affect the locals much, as both Marathi and Gujarati speakers always called the city Mumbai. However it created a split amongst the Hindi speaking community.

If you mingle with the locals and start speaking with the older generation of the city's inhabitant you will notice that they still call their hometown Bombay. Their younger counterparts tend to use the name Mumbai more often.

However, the term Bollywood, which describe the film industry based in the city, seem to be stuck for good.

By now you should be more comfortable speaking Hindi. Make sure to practice and if you wish to perfect your pronunciation or learn more vocabulary, why not hire a private tutor?