Gordon Ramsay: Striving For Perfection In The Food And Hospitality Industry Gordon Ramsay is a true Top UK Chef Personality. But it is not just in his country of birth that he has found fame and recognition.

His successful TV programme Ramsay's Kitchen Nightmares has seen the celebrity chef jump across the Atlantic Ocean to the US, where he has played a pivotal role in helping to pick up some of the most catastrophically failing food businesses and getting them back to their glory days.

His expertise as a restaurateur is therefore recognised internationally, which makes him a real treasure in British cooking history.

While still a relatively young chef, Ramsay has achieved a lot in his culinary career. To find out more about the star chef starting out in the world of food, and what he went on to do, see below. 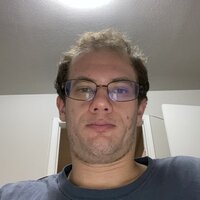 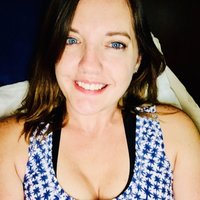 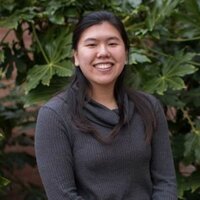 Gordon Ramsay was born to Scottish parents but grew up in Stratford-upon-Avon, England, where he first of all aspired to be a professional footballer. Unaware that he would find fame to the heights of his footballing heroes only decades later, Gordon was left devastated after an injury put an end to his dream of entering the world of sport.

The young, eager Ramsay instead returned to college and chose to study towards a qualification in Hotel Management.

It was clear to him, and his teachers, from the off that he was talented in the field of cuisine and it wasn't long before he naturally followed a path to training with some of the world's best chefs like Albert Roux, Marco Pierre White, Guy Savoy and Joël Robuchon. Little did he know that he too would be classed as a world-renowned, starred chef too soon!

Gordon Ramsay had his first big break in 1993, when he became head chef at Aubergine in London. And, in just the space of three years, the restaurant was awarded two Michelin stars, a real credit to the rising star himself.

When he hit his thirties, Gordon Ramsay decided that there was still so much he wanted to achieve in the culinary arts. As such, he set up his very own new restaurant, named after himself, which opened in 1998 and quickly rose to be as famous as its namesake. The food clearly didn't disappoint.

Restaurant Gordon Ramsay received three Michelin stars, a prestigious accolade and a great reflection on the passion of the chef.

This made Gordon Ramsay enter a very elite group of UK chefs having maintained three stars. But those three stars are not his only ones, he also has received one star to his name at his other London restaurant, Pétrus, and a further one at each of the restaurants he runs in France: Le Pressoir d'Argent in Bordeaux and Gordon Ramsay au Trianon in Versailles.

Aside from his prestigious, star-studded restaurants in the UK and in France, Gordon Ramsay has opened a number of other restaurants across the globe to add to his empire.

Le Bordeaux Gordon Ramsay is located, as you might expect, in France, as is La Veranda. Meanwhile Ramsay has five restaurants in Las Vegas (one is in Caesar's Palace), one in Dubai, two in Qatar, two in Hong Kong and, finally, one in Singapore.

This means that, almost wherever you are in the world, you aren't far from a signature Gordon Ramsay restaurant! I wonder how many establishments in the 50 best restaurants list are restaurants belonging to the genius himself...

As previously mentioned, the last decade has seen Ramsay become a TV sensation after filming a series of shows whereby he visits failing business and helps them to find success or invites celebrities into his kitchen to cook meals for his guests under his supervision.

But while his knowledge on food is undeniable, it is ironically his bad language and temper that have got him the reputation he owns today as the straight-talking and foul-mouthed chef.

If you have ever watched an episode of Ramsay's Kitchen Nightmares, you will be all too familiar with his range of vocabulary, in which one word beginning with 'F' crops up rather frequently! Now that is language that can be understood, no matter where you live...

Paying homage to his favourite word, Ramsay has also become the star of yet another cooking show called Gordon Ramsay's The F Word. During this series, which aired in the UK and the US, people of all types and backgrounds (including other celebrities alongside ordinary families) come into the kitchen and prepare food for his customers.

Other notable TV performances include Hell's Kitchen (yet another indication of his fiery personality), Masterchef, Masterchef Junior, Gordon's Great Escapes and many more.

Other Achievements And Ventures

Gordon Ramsay has found success in other ventures besides his culinary skills. We already know that he was a great young athlete, and he has remained passionate about being a sportsman. As such, Ramsay takes part in a number of sporting activities like running and cycling.

He has also successfully published bestselling books, including his autobiography.

In 2006, the Queen recognised Ramsay's extensive contributions to the food service industry and awarded him an OBE, which spurred the chef onto set up the Gordon and Tana Ramsay Foundation several years later. This foundation works alongside charities that are important to the family and makes meaningful differences to them thanks to his pledges and donations.

While it isn't an achievement, as such, Gordon Ramsay has four children and an ever-expanding pack of pets. Gordon Ramsay splits his time between his family home in South London (which he shares with Tana and the kids) and his place in Los Angeles.

If you want to learn to cook like a pro, and you think that Gordon Ramsay is the ideal tutor for you, then you might be interested to know that the chef offers comprehensive cooking classes online.

The Gordon Ramsay Masterclass includes 20 video lessons covering a range of cooking methods, and will give you the knowledge, expertise and confidence to cook like a chef at home in your own kitchen. What's more, you don't have to do any globe-trotting just to get a few moments alone with chef Ramsay!

During the exclusive videos, Ramsay invites you into his personal kitchen and teaches you the techniques that have contributed to him owning six Michelin stars and being the world-renowned chef that he is today.

But it is not only teaching you to cook that he focuses on during the clips, he also advises you on things like how to buy the freshest ingredients, which products can be substituted with which, how to construct a dish and how to read a recipe.

If you take a look at some of his cookbooks or recipes published on cooking websites, you might find Gordon Ramsay versions of beef wellington, steak and chips, braised beef casserole, roast pork, sticky toffee pudding, sausage and mash, prawn cocktail, pork belly, pies and more. No doubt all of the recipes on the menu will be packed full of flavour!

Learn to cook like Gordon Ramsay by taking a cooking class Los Angeles or cooking courses anywhere in the US.

If you love all things cooking, take a look at more chefs who have found fame in the UK and beyond by visiting these blogs: Mary Berry, Jamie Oliver, Nigella Lawson