The Most Important Aspects of Russian Culture BlogRussianRussian Culture at a Glance

“The whole world recognizes Russia's cultural achievements. It is impossible to imagine the world culture without Russian culture, without our music and literature.” - Vladimir Putin

When we talk about Russian culture, we also are referring to famous people like Chekhov and Tolstoy, as well Russian history, the Russian revolution, the Russian president, and the Orthodox Church. For example, an important part of Russian culture is the 11 national holidays such as International Women’s Day (Международный женский день, 8 March), Orthodox Christmas (Рождество Христово, 7 January).

So are you ready? 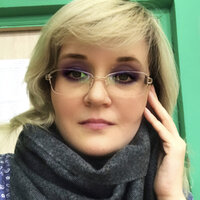 The 10 Most Famous Russian Songs

What would a patriotic Russia be without its famous music?

The song “Kalinka” is essential. It’s a metaphor for women’s natural beauty, something which made the song hugely popular. It was composed by Ivan Petrovich Larionov in 1860 and was performed by many, which eventually led to its folk music version.

The song “Katioucha” is a traditional Soviet song, just like the song “Kombat”, the song created by Igor Matvienko in 1996. The same is true with “Farewell of Slavianka”, a patriotic Russian war that honours events from the First Baltic War (1912-1913).

Russia hasn’t always been so serious, though. The “Trololo” song showed a more playful side to Russian culture. The iconic singer Eduard Khil showed the smiley side of the Russians with his non-lexical vocable version of “I Am Very Glad, as I'm Finally Returning Back Home”.

There’s also “Podmoskovnye Vechera”, which was written by Mikhail Matusovsky in 1955 and became the theme tune for Radio Moscow, which helped people hear the song regularly. It was performed by Vladimir Troshin and the words were changed following a request from the Minister of Education as it talked about Leningrad rather than Moscow.

There are plenty of songs that were composed in Russia that were unexpected successes. The song “Dorogoï Dlinnoyu” is a traditional Russian gipsy folk song. It was translated into French, Spanish, German, Italian, Persian, and Hungarian and was famously covered by Paul McCartney and Dalida.

Symbolism is never far away in Russian culture and the song “Alyosha” was composed in 1966 by Eduard Kolmanovsky. The song is about the Alyosha monument in Plovdiv, Bulgaria. The monument honours the Soviet soldiers who died during the occupation of Bulgaria during the Second World War.

Speaking of symbolic songs, there’s also the song “Rumka Vodki na Stole” (Glass of vodka on the table) which is both unusual and very cliché. Vodka is an essential part of Russian culture and the song describes it perfectly. It was written and performed by Grigory Leps and was a success in Russia, especially at the end of the soviet era.

Finally, some songs like “Ostrov Nevezeniya” (The Island of Misfortune), a popular song that’s been performed by several groups.

You can check here for a Russian language course London.

Learning a Russian song can help you improve your Russian.

Of course, when you want to learn about the civilisation itself, you should probably read a history book.

By looking more closely at the history of Russia, you’ll see that the country isn’t as far from Europe as you might have first thought. For example, the Countess of Ségur and Alexander Pushkin were both born in Russia but spent a lot of time in France. The people who are famous in a given culture can tell us a lot about the culture of the country, especially Russia.

Let’s start with Russia’s imperial history, Ivan the Terrible, an important historical figure who started the Tsarism in Russia.

Then there was Peter I (or Peter the Great), became the Tsar of Russia in 1682, then the Emperor of all the Russias in 1721.

Catherine II, nicknamed “Catherine the Great” was Empress of all the Russias from 1762 and was part of the Romanov Dynasty.

Finally, Nicholas II or “Saint Nicholas the Passion-Bearer” was the last Tsar in Russian history and reigned from 1894 to 1917 when the revolution began.

Russia is the “Land of the Tsars”, after all.

After the Tsars, Vladimir Lenin, a Marxist political theorist, led a revolution that brought communism to Russia and spelt the end of the Russian Empire and its monarchs. This was followed by Stalin’s dictatorship and the creation of gulags.

Mikhail Gorbachev is also well known as he was the last president of the USSR (Union of Soviet Socialist Republics) before it collapsed in 1991. Gorbachev’s Perestroika movement and his glasnost (openness) policy reform brought Russia closer to the West.

Politically-speaking, Russia is a Federal Republic with a President who works at the Kremlin.

There are plenty of famous Russians in the world of arts and literature:

Who are your favourite famous Russians?

Whether you want to improve your language skills or learn more about the history of the Russian Federation, there’s nothing better than watching famous Russian films or TV series.

If you’re starting out with Russian, you could check out “Маша и Медведь” (Masha and the Bear). There are three seasons of the show and a total of 75 episodes for you to help you learn everyday Russian vocabulary. Since it’s for kids, the language is at a more basic level.

Those who like comedy will enjoy “интерны” (Interns) which follows in the footsteps of Dr. House or Scrubs and is one of Russia’s biggest comedy shows.

If you want to learn more about Russian literature, there’s the series “Dostoevskiy”, which provides a realistic portrayal of the life of the author. A great show to watch if you want to become bilingual in Russian.

There’s also Fizruk, another Russian sitcom. This is the story of a man who was once the security director for Russian businessman who now finds himself working as a PE teacher in a Russian secondary school.

What Are the Most Famous Russian Radio Stations?

Whether you want information or to listen to music, Russian radio is still one of the best ways to do it. It’s also a great way to learn more about Russian culture. There are international networks like RT or Sputnik Radio.

So which radio stations should you listen to?

You won’t miss a beat by listening to local Russian radio, especially stations that only operate in certain towns or cities. These stations will help you get local news and information on local events.

These kinds of stations include:

There are also international Russian radio stations such as:

Whether it’s music, cinema, history, or art, you now know a few places where you can find it.

It's a big country that covers stretches from Eastern Europe across Asia and has interesting politics, history and culture. Whether you're interested in visiting near the Caucasus, Siberia, or the larger cities bordering Europe, Russia is a fascinating place.

Before discovering all this Russian culture, you might want to consider getting Russian private tutorials so that you have a better understanding of the language since language and culture are inextricably linked and it's hard to understand one without understanding the other. You can visit Superprof today and start your search. Russian Lessons In The States The Best Ways To Learn The Russian Language While You Study A Traveller’s Guide to Russia How to Teach Russian How to Become a Russian Teacher How To Navigate Russian Grammar

A Comprehensive Guide to Russian Language and Culture

How to Improve Your Russian Language Skills

What Are The Best Ways to Learn Russian?

The Best Resources to Learn Russian