Germans place great importance on structure, privacy, and punctuality. You hear a lot about the German work ethic. Germans value hard work and efficiency. It’s important that “the trains run on time”.

According to the online Passport to Trade 2.0 guide published by University of Salford, Manchester: “Germans are most comfortable when they can organise and compartmentalise their world into controllable units. Time, therefore, is managed carefully, and calendars, schedules, and agendas must be respected.”

While it may seem a bit hostile at first, you have to know that the Germans have a strong sense of community and social belonging. What's more, if you were to find a job in Germany, you would be sure that you would be treated with respect so long as you are respectful to your role too.

They also know how to party, as we'll discover below! 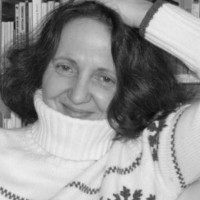 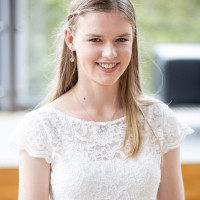 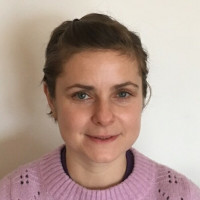 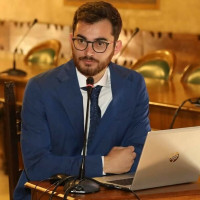 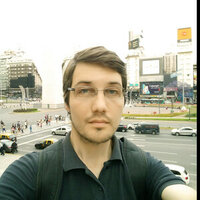 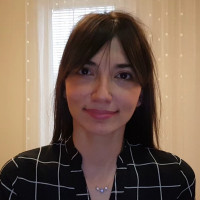 Germany celebrates a large number of Christian holidays including Christmas and Easter. However, the only federal holiday is German Unity Day on the 3 October which marks the day the day of German reunification.

Christmas is an important date in most Christians' (and atheists', come to think of it) calendar but do you know how other countries celebrate the birth of Jesus?

Easter is by nature a pagan holiday and, in Germany, was originally celebrated around the 21st March in honour of Ostara, the pagan goddess of spring.

According to local tradition, Ostara saved a bird by turning it into a rabbit, a magical creature that could lay eggs because of its past form. This popular, international tradition was mentioned in German writings as early as the 16th century and bunnies and eggs have been around since the 1800s.

So, there you have it. If you ever engage in a conversation with a German acquaintance or friend, you can understand a little bit more about their country's big traditions. But what if you get invited to a wedding taking place in a German province? Do you know what the traditions are for German nuptials?

German couples actually benefit from many unique traditions and customs when they get married, that you might not have come across or been aware of.

Before the wedding - traditionally the night before - is the Polterabend.  It takes place in front of the bride-to-be's house, and guests bring as much porcelain as they can. Bride- and groom-to-be together will then smash the porcelain is a symbolic act meant to bring them luck in their future life together. Various regions have different additional traditions, such as burning the groom-to-be's trousers at midnight or nailing the bride-to-be's shoes to a tree.

Weddings in Germany and normally begin with a small civil ceremony attended by a small group of close friends or family. This is the only legally binding celebration. Since German town halls don't have large rooms for civil ceremonies, many couples might have a bigger celebration that evening or the next day for a larger circle of friends.

Though if they are having a church wedding, they might wait to invite friends till then. Upon leaving the church the couple throw coins to the children in attendance. This is then followed by an official wedding reception, where different customs in different regions are meant to bring luck to the couple or test their new relationship - from having to saw a log together to cutting a heart out of a sheet, a German wedding is a wonderful way to discover old German customs!

Don't forget, when toasting the happy couple, to raise your glass and say "Prost"!

Food And Other German Customs

When a girl is born, the family were said to plant a number of trees in her honour so that, when she is grown up and she is engaged to be married, the trees are sold to pay towards her dowry - a dying custom for lack of dowries in modern times.

When it comes to traditional German foods, we all know about the bratwurst and the pretzel (or "Brezel" in German). Other foods that are unique to the country are sauerkraut, a pickled cabbage, and schnitzel, a thin fillet of veal. A specialist dessert includes Stollen.

Yet, even though the country boasts over 1500 different types of sausage, there is much more to German food than this meaty delicacy.

Traditionally, Germans used to eat five meals a day, but it is far more common nowadays for the locals to just eat three. The main meal of the day is lunch, hence why this dish is usually meat-based, and it is traditional for shops and businesses in smaller towns to close down around midday, much like other European countries.

German people go home for lunch for one to two hours and families usually eat lunch together if they can. Lunch is much heavier than their evening meal, and generally incorporates more than one course including an appetizer or soup, a main course, and a dessert.

Many Germans enjoy a late afternoon snack too, such as bread or, in many regions, tea or coffee with cakes; meanwhile, dinner is a light meal made up of picnic-style produce and sometimes followed by a dessert.

Breakfast, on the other hand, is Mediterranean in style consisting of bread, jam, honey, cold meats, cheeses, cereal, fruit, eggs and sometimes pancakes. A later, second breakfast is rare except for in southern parts of Germany where they might eat a small snack like a pastry with their coffee.

Beer plays an important role in German dining and it is consumed throughout the day, particularly with meals. This is much like the French tradition of drinking wine, with teens often partaking in a glass with their meal too. Both ales and lagers are highly popular in German homes and beer gardens, with the dark Bock beers considered a particular favourite.

If you want an excuse to drink a nice beer and have a good, justifiable reason for it, in Germany, you can do just that. Germans often drink expensive, quality beers on any given day in memory of your ancestry or loved ones.

Why not brush up on your German skills before your trip and learn a few key German phrases?

The Annual 'Oktoberfest' in Munich

“Oktoberfest”, which starts on a Saturday in September before finishing 16 to 18 days later on the first Sunday in October, is the biggest non-religious tradition of Germany. The tradition started in 1810 with the marriage of Crown Prince Ludwig of Bavaria to the Therese of Saxe-Hildburghausen in Munich.

The 2020 Oktoberfest is sadly cancelled, however those involved are already looking forward to kicking off with the grand entry of the Oktoberfest 2021, including landlords and breweries who can't wait to share and celebrate their beers!

The prelude to the starting of the event is a nod to the creators of the alcoholic beverage, along with those waiters, waitresses and bar staff who are involved in selling and serving the drink. They are treated like royalty with decorated, horse-drawn floats!

As the festivities begin to get into swing, there's yet another parade on the Sunday which includes a procession of regional costume groups, riflemen, marching bands and historical uniforms all of whom are there to display some of the major local traditions.

With some of the outfits and craftsmen's tools long gone, this is the perfect opportunity for the locals to show visitors just what life in Munich, or "München", was really like all those years ago. (You see, it's not all about the beer!)

Now in full swing, attendees can enjoy a long list of fantastic entertainment and attractions, like open-air, live music performances, shows to spectate, movies to watch, art to see and, of course, beer tents to visit.

While each year brings something new and exciting to look forward to, the memories from the previous festivals never quite leave the town. You can enjoy watching (or re-visiting if you were there yourself!) some of the best bits from the long list of Oktoberfests, with video footage, images, and recollections found on various websites dedicated to Munich and its famous festival, as well as in the Oktoberfest Museum in Munich.

This just goes to show that, if you manage to get to Germany for this once in a lifetime opportunity, you will never ever forget how brilliant the experience was. It will surely be painful for many to have to miss this year's wonderful event!

As with many large-scale events, Oktoberfest organisers have had to tighten up security as the years have gone by so be sure to check out the rules and regulations before you head to your destination. You may even find that some newer measures are introduced ahead of 2021.

Some key things to note are:

In preparation for your unique experience at one of Germany's biggest and most famous traditional events, you can plan your journey and trip by using the helpful links provided on the official Oktoberfest website. Moreover, the organisers have created a downloadable app containing all of the information you could need relating to the event.

It may not be your usual late summer getaway but it is sure worth the visit! How nice would it be, if you could greet your hosts by talking to them in their very own language?

Why not start now and find German classes London or elsewhere in the UK? Many universities offer German language courses.

Or, with the help of our guides, you might be able to teach yourself basic German phrases.

Finally, if you are interested in learning German in Germany, you have the options of learning through immersion or by finding a university in your chosen area. Will you study in Berlin or somewhere else?