How to Draw Satirical Illustration in the Press What type of drawing do you most enjoy?

Do you like to base your art on dark humour or satire?

Is your favourite part of the newspapers the sketches?

Less common in the UK than they are in France, where political caricatures have an important position in the country’s cultural history, satirical drawings in the national press often provokes the reader to question their opinions on a topic.

Expressing your views through your art with a simple pencil and paper as your drawing materials is often the most effective way to make your view known and to portray current affairs and society from a humorous angle.

This quotation from Tignous perfectly sums up the aim of editorial illustration.

Let’s have a look at the history, characteristics and artists of editorial illustration. 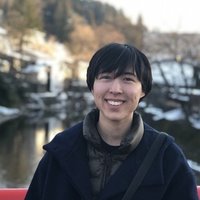 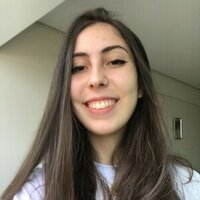 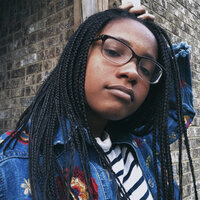 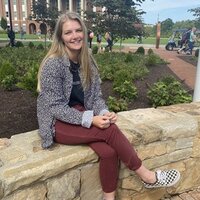 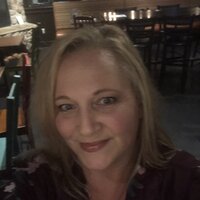 The History of Editorial Drawing

The birth of drawing in journalism can be traced back to the Renaissance, with evidence of satirical engravings, however, this style of art didn’t really take off until the French Revolution.

Let’s go back in history and look at three key dates in the evolution of caricature drawings.

It all began with the French Revolution.

The Declaration of the Rights of Man and of the Citizen, which came out of the freedom of expression, had an impact on the development of satirical sketching, even with the constant threat to the lives of the artists.

It wasn’t until the beginning of the 19th century that the very first satirical newspapers were compiled. These comic-like items included Le Charivari and La Caricature in the 1830’s.

Political satire in the national press kept developing and its authors often found themselves in trouble with the law.

This was the case for one Honoré Daumier, who was condemned to 6 months in prison for having depicted Louis-Philippe as a gluttonous king.

Check for the best drawing classes near me.

Since then, many satirical artists have played a safe hand by sticking to social satire and avoiding controversial political humour.

The law on the free press changed the order in France. From this date, newspapers had the right to be published without having been authorised. The ban crept in progressively. With the third republic came the acceleration of this area, with illustrators tackling every theme from political to religious humour.

This period became a golden age for editorial drawing.

With the evolution of political newspapers and technical improvements in the printing industry, from 1870 to 1940 editorial illustration was everywhere.

Press artists took on the controversial topics of their time such as the Dreyfus Affair, which divided French public opinion.

Until the end of the Second World War, editorial illustration was everywhere, regardless of whether it appeared in general or satirical news items.

With the end of the war, the beginning of the decline in ‘generalist’ press and the evolution of photography and television, many factors influenced drawing in the press.

From 1945, newspapers began using photographs to illustrate their articles. Editorial illustration remained present in generalist newspapers, however, satirical news started to decline as the number of publications continued to fall.

Today, satire in the French press is limited to only a few titles. These independent newspapers are wholly financed by their sales.

Newspaper drawings, also known as editorial illustrations are simple sketches, with or without text, which often take the form of comic strips.

Editorial illustrators are artists, but they are also journalists in their own right. This means that they have a good understanding of current affairs, and are therefore tasked with reporting on new stories through their pencil drawings, which are generally humorous or satirical.

So, what’s the objective of journalistic illustration? To get the public’s attention, and to make them laugh! Everything that a technical drawing is not.

This is something we forget all too often as their jokes, ironic twists and sarcastic overtones provoke a reaction of anger or disgust, making us forget the artist’s motive: to get our attention.

For this reason, editorial illustration can reveal facts, give opinions and present a point of view through basic drawing skills such as shading techniques to create shadows in pencil drawing, or using a pen and ink to sharpen an outline.

Uncovering, commenting, explaining, condemning, criticising, shocking and provoking debate are all common objectives among editorial artists, with some going further than others in certain areas.

Regardless of the newspaper, story, or the artist’s personal objective, illustration in the press always invites the reader’s criticism.

The line between humorous and satirical drawing is very thin, and any caricature or editorial artist should bear this in mind.

Satirical drawings often evoke a feeling of shock. Not everyone will necessarily react in the same way to these drawings, regardless of the story they depict, as reactions to such pieces depend on the beliefs of each individual.

Satire often touches on taboo subjects, and this is why they are frequently subject to debate. One such example is the depiction of Mahomet in Charlie Hebdo.

so, how do you get into editorial illustration?

Artists often use a number of ways to reach their objective:

Self-deprecation and humour also allow artists to look at a news item in an objective way by distancing themselves from it and expressing their personal opinion on the matter at hand.

Editorial illustrators are not obliged to give any view of a story but their own, putting them in a position as observers of the world around us, taking inspiration from current affairs and making the general public laugh with their interpretations.

“We are not messengers. We are simply clowns, entertainers […]. Humour is a language that I have always loved. Our objective is to rid the world of idiocy by making people laugh.”

Every era has its renowned artists. It’s impossible to name them all, but there are some which cannot go unmentioned.

Among them are some of the victims of the attack on the Charlie Hebdo offices in January 2015 whose names have become symbols for freedom of expression in France:

Certain artists are so well-known for their editorial work that their names are often associated with certain newspapers. One such person in Plantu, whose work is featured in Le Monde. Plantu is also a founding member of Cartooning for Peace.

How do You Become an Editorial Illustrator?

Illustrators who work in journalism often end up working for several different newspapers.

Apart from the big names in the business, a large part of the profession involves some level of precariousness and taking on various roles. Young artists tend towards other types of illustration and writing comic books.

Do you dream of becoming an editorial illustrator?

If you want to create a successful humorous sketch, you first need to get to grips with drawing basics. Mastering this includes learning how to draw faces and the human body, learning about caricature, trying out digital drawing on a tablet and learning about rendering, but also respecting the rules of proportion and one point perspective drawing.

It may seem like a lot of hard work, but as you learn how to make still life appear three dimensional, pick up drawing tips from step by step drawing tutorials, and practice skills such as cross hatching, creating negative space, contour drawing, blending, and how to control your paintbrush strokes to create textures, you will acquire valuable experience which will serve you when you start to draw cartoons.

The drawing techniques used in editorial illustration are a far cry from the realism of observational drawing – this is down to the difference in objective.

In realistic drawing and painting, the aim is to realistically depict an object or person, whereas editorial illustration is more about cartooning and caricature. This means that the artist must learn how to draw a person, an idea or a story by picking out the important traits and exaggerating them in a humoristic way.

This means that if you want to break into the profession, you’ll have to learn about the art of drawing in all of its forms as well as learning to appreciate editorial illustrations in detail.

So, before you dive into cartoon drawing, it helps a great deal to have practiced portrait drawing, accurately drawing people, drawing faces, eye drawing, learning how to draw hands, copying, freehand drawing, learning to draw flowers, looking into drawing animals to move away from human figure drawing, gesture drawing, trying to see basic shapes in complex objects, trying to accurately draw a sphere, and even using an eraser to highlight areas. All of these things will ensure that you have a sketchbook that shows your experience as an artist in training your mind how to create different effects.

Building a sketch pad that acts as a demonstration of your ability to produce a variety of different styles including everything from doodling to portraiture with a charcoal pencil will allow others to appreciate your artistic talent and also teaches you to take pride in your work.

You’ll have to work hard and make sure you have a good understanding of key issues to be able to tell stories through drawing.

As an editorial illustrator, several qualities will be asked of you:

Knowing how to inform the general public about a topic whilst also providing a commentary with a certain degree of humour is no easy feat. When faced with a blank sheet of paper, it is essential that you have the creative ability and critical skills to produce a piece of journalism with your drawing techniques, including colored pencils, a paintbrush, graphite pencil, chalk, oil pastel, watercolor paints or charcoal.

Need help perfecting your artistic talent? Why not solicit the help of a art tutor for drawing lessons. With Superprof you can find a drawing class London, a cartoon course in Manchester and everything in between.