These days, with legal dramas so popular on the telly, even laypersons are familiar with the verbiage used nearly exclusively in the courtroom.

Whether they originate in our country or from across the pond – Suits, a legal drama from which our own Duchess of Sussex is an alumnus... all of these programmes hold an unrivalled attraction for us, don’t they?

The thing about television programmes is that they tend to be both watered down and accelerated: you may be sure that no murder trial actually only takes 45 minutes, and there is substantially more legal manoeuvering going on in a real court case.

Even though show producers are very careful to use the right terminology, going so far as to hire legal consultants to ensure accuracy, they still only scratch the surface of the language every barrister, solicitor and judge must know.

Check out the most prestigious law firms in the UK.

Let your Superprof now expound on some of the lesser-known glossary terms that every law student must learn. 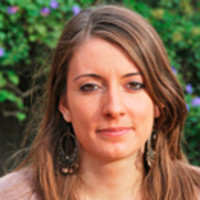 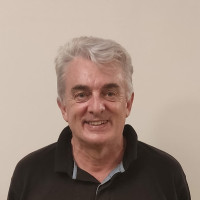 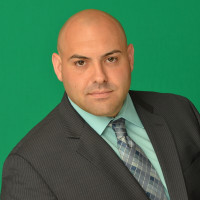 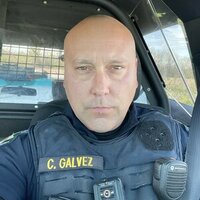 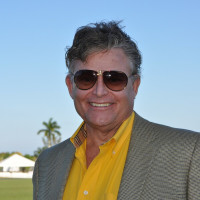 One word that features prominently in the news these days is ‘asylum’, whose legal definition is protection and immunity from extradition granted by a government to a political refugee from another country.

More recently: the legal definition for asylum has been extended to people fleeing domestic abuse and violence, the overwhelming majority of them being female.

You may be familiar with the term Crown Courts: they deal with more serious offences such as murder and rape.

Should you plead 'not guilty' to the charges against you, your case would be heard by a jury and presided over by a judge.

As evidence is presented, you would be seated in the dock – a sheltered area generally located behind counsels’ tables. If you are found culpable, another word for ‘guilty’, you will be sentenced.

A solicitor may argue: “Pursuant to statute XYZ, we urge the court to find my client not guilty of all charges.”

Look up for city law tutors on Superprof now.

In legalese, 'pursuant to' means ‘in accordance with’ or ‘as a result of’.

So what your solicitor is actually saying is that you could not possibly be found guilty because someone before you committed that same act, was found not guilty, and a law was drafted to that effect.

In the next segment, we will disclose exactly what a solicitor is and how they differ from a barrister.

For now, know only that a solicitor is a law practitioner who has successfully passed all exams pertaining to legal studies and is recognised by the SRA.

SRA: Solicitor’s Regulation Authority. Their job is to ensure that all solicitors meet high standards of morals and ethics, and to act when there is a concern about the conduct of any solicitor.

If said conduct is found to be less than honourable, that solicitor may be struck off – meaning their name is taken off the roll of solicitors.

To be sure, there is an entire lexicon of terms used in the legal field. However, as we are not attempting to write such a volume, we’ll feature only one more, highly important, term.

Reasonable doubt is crucial to the criminal law process.

Unless they present in the commission of a crime, nobody knows exactly what the defendant did or didn’t do, and so much of a prosecution’s case is speculation: what might have actually happened?

It is the defence attorney’s job to create reasonable doubt in the jury’s mind.

“Events could also have happened a different way” s/he might say. “Picture this...” thus leading the jury to entertain the possibility that the accused may not have done the deed.

Perhaps s/he might suggest someone else altogether, or infer the possibility of mitigating circumstances that would cause the defendant to act in a criminal manner, in an effort to minimise culpability.

Proving a case beyond a reasonable doubt is the job of the prosecutor. Creating that doubt is the primary function of every criminal defence attorney.

You can also learn about the different type of law with law tutors on Superprof..

The Difference Between a Solicitor and a Barrister

A barrister is a lawyer regulated by the Bar Standards Board. They mostly specialise in courtroom representation and drafting briefs. They also render expert legal opinions.

A solicitor is a lawyer who is listed on the roll of solicitors.

Solicitors generally have more access to clients, but barristers can act as a check on solicitors.

For example, if a litigant is not properly represented in court, it is the barrister’s job to advise that client of possible further legal avenues to pursue in his/her case.

A barrister’s training is more extensive than a solicitor’s, including (but not limited to) ethics training, courtroom procedure and the laws of evidence. It also comes at a cost that often requires a law scholarship.

A solicitor does a lot of the legal drudge work: preparatory and administrative work for cases. They generally do the day-to-day work of managing cases.

Furthermore, a solicitor may assist a barrister in court by managing and cataloguing volumes of documentation and evidence. They may even negotiate settlements on behalf of clients.

Clearly, these two roles fulfil different functions in our legal system and their titles are not interchangeable.

What about counsellors? Where do they fit in?

A counsellor is more on par with a barrister: someone who gives advice – or counsels clients, but perhaps does not actively represent them.

In this table, you may find more everyday law terms you may have heard before but weren’t quite sure of their meaning.

Let us now move on to the language formulated in ancient times, by one of the very first legal societies.

We owe much of our legal structures and legal terms to Ancient Rome. In fact, our concepts and ideas of civil law originated in the Roman Republic (753-31BCE), as did the Law of Nations.

So impactful was the Roman system of law that it helped shape Europe’s legal systems, and we see their effect still today, even in countries that enjoyed no direct Roman influence, such as Germany.

Here is how it worked.

When no law was found within the country’s statutes to address a particular grievance, Roman law was applied. Thus it became known as subsidiary law and, when necessary, bore the full weight of any indigenous German law.

As Latin was, for so long, the lingua franca of the world and, with the proliferation of Romans as far as the Empire stretched; with their laws being absolute, it stands to reason that much of our legal vocabulary would have originated in Rome and endured through the times and the tongues that spoke it.

Earlier we mentioned a writ of habeas corpus.

That is a court order, usually to some restraining body such as a prison, to release the prisoner so that s/he might appear before the court to decide if detention is indeed warranted.

The term was first used in the Magna Charta that stated: ‘No free man shall be imprisoned... without due process of the law.

Another very common Latin term used in our courts today is amicus curiae: a friend of the court. That is a person who offers information pertaining to the case currently being heard.

Corpus delecti is a particularly delectable phrase meaning that one cannot be convicted of a crime without it being proven that a crime has actually occurred.

De jure, often heard in legal proceedings, means ‘according to law’ (it literally translates to ‘from law’.)

De facto is the opposite of de jure; it means what routinely happens, as opposed to what happens under the law.

Those opposite meanings obviously indicate that not everything that happens must happen under a legal construct.

It is often de facto instances, suddenly found egregious, that are brought to civil court!

Ad litem describes those charged with representing those who cannot represent themselves, such as minors or adults who are incapacitated.

You might have heard the phrase 'guardian ad litem' to describe a foster parent, for example.

Pro bono is also a Latin term and is used to describes cases that lawyers will do free of charge.

By no means are we attempting to compile a legal dictionary - in Latin or English; your Superprof just hopes to give you a bit of insight into the legal terminology you might hear during court proceedings, whether you witness them on the telly or in person.

Here are a few more you might use during your law career: