What’s the Difference between The Types of Asian Cuisine? “Chinese” restaurants in the UK often include a number of different Asian foods.

In some cases, you’ll even find sushi (Japan), nem rán (crunchy fried spring rolls from Vietnam), Peking Duck and bok choy (China), and something stir fried all on the same takeout menu.

Asian recipes tend to focus on bringing five main flavours together: savoury, sweet, bitter, sour, and spicy. This is why each ingredient and the way they're cooked can be hugely important.

For our palettes, which are often more familiar with just savoury and sweet dishes, this can be a shock to the system. However, this is also why Asian cuisines can be so popular.

Who doesn't love a bit of sweet and sour chicken dipping sauce?

You don't need to wait until the Chinese New Year to eat tasty Asian food. Throughout this article, we’re going to take a trip across the different Asian cuisines and hopefully you'll be inspired to find a recipe for your next meal.

Find cooking classes near me in the US here. 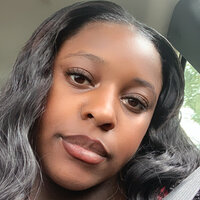 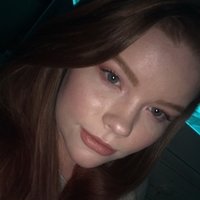 In a country as big as China, it’s hardly surprising to find out that there’s a huge amount of variety and the Chinese themselves don't cook just one type of food. We should really talk about Chinese cuisines rather than just Chinese cooking in general. If you like to eat Chinese chicken salad, get ready to have your mind blown as there's more than just one way to do anything in a Chinese kitchen.

There are several styles that make up Chinese food, from Sichuan (also known as Szechuan), Shandong and Jiangsu (in the East), and Guangdong (in southern China near Hong Kong and also known as Canton). These styles are different due to the climate, geography, history, and lifestyle of the places they’re from.

If you want to cook Chinese dishes, you should know about the different styles. Heading from north to south, let’s have a look at some of the different types of Chinese food:

Traditional Chinese medicine has helped create healthy and balanced meals, too. Across the 8 great regional cuisines of China, food is designed to bring together taste and appearance.

So whether for a meal in a Chinese restaurant or at somebody’s house, food is often seen as a way in China for people to socialise, unlike in the UK, where a drink is a more common way for people to hang out.

You should also check out some of the best Asian food blogs for inspiration on what to make next!

They make use of five main flavours: sweet, salty, bitter, sour, and spicy.

According to a CNN Travel’s “World’s 50 Most Delicious Foods (Reader’ Pick)” survey of 35,000 different people, Thai food was the most popular. Thai food made up most of the most popular dishes including: tom yum, pad Thai, Som Tam, Massaman curry, nam tok.

Rice and spice are inseparable when it comes to Thai cuisine, as well as tomato, corn, papaya, pineapple, coriander, cashew nuts, and peanuts, which were imported by the Portuguese and Spanish during the 15th and 16th centuries.

Authentic Indian cuisine is famous for its sophisticated use of spice, vegetables, herbs, and fruit. Given the size of the country and the variety of climates, cultures, ethnicities, and religions, there’s a huge variety when it comes to dishes.

Religious traditions have heavily influenced the way the natives eat. A large percentage of the population is vegetarian, for one.

The main ingredients include starchy vegetables like the pearl millet (bājra), rice, atta flour, and a large variety of lentils like masoor, toor, and mung bean. Dal is one of the most famous dishes to make use of lentils.

Burmese cuisine is influenced by Chinese, Indian, and Thai cuisine.

However, Burma has kept certain cooking techniques and unique flavours. There are many variations on the “standard” dishes.

The Burmese don’t eat with chopsticks or a fork, they eat the food with their right hand. They make a ball of rice in their hands and then roll it in the different ingredients before putting it in their mouth. The Burmese eat a large variety of vegetables, fruit, and meat.

One of the most popular vegetables is the pea that grows on the Archidendron pauciflorum tree, commonly known as Djenkol, Jenkol, or Jering. The peas are generally boiled, roasted, or soaked in salt, oil, or coconut oil.

Laos borders China, Burma, Thailand, Cambodia, Vietnam, and has been heavily influenced by Cambodian and northern Thai cuisine. Sticky rice, which is eaten with your hands, is common to most Lao dishes.

Did you know that it’s the stickiest rice in the world?

The Lao people are often known as luk khao niaow (the children or descendants of sticky rice).

Larb is one of the most common Lao dishes and consists of raw meat or fish marinated in spices and herbs. Tam mak hoong, a spiced papaya salad, is another popular Lao dish.

Lao cuisine varies by region and the produce grown there. There’s also a strong French heritage in Vientiane. There are a lot of French restaurants since the country was once controlled by the French.

Rice is the foundation of most dishes and can be found at every meal of the day. It’s served with fresh grilled fish, soup, and an assortment of herbs and vegetables.

There are so many different rices for a variety of different tastes. Sticky rice is often eaten for dessert with slices of mango and coconut milk. Rice is also eaten as a snack: fried rice cakes with chives, spinach, or even porridge with rice.

Vietnamese cooking is famed for using fresh produce, complementary textures, aromatic vegetables, a lack of oil and dairy products. This is why it’s some of the healthiest food in the world.

Japanese food is famous for using seasonal produce, high quality ingredients, and careful preparation. There is very little fat or grease in Japanese cooking. This helps the ingredients retain their natural flavours.

Regional specialities (known as kyōdo ryōri in Japanese) often include fish. Sushi and sashimi are popular, leaving little room for meat dishes in the Land of the Rising Sun.

However, on the island of Okinawa, in south of Japan, there are different dishes due to the different climate and culture. The cuisine includes Chinese influences, such as the sweet potato, which was introduced in 1605.

Traditional Japanese cuisine is a mix of Chinese and Thai influences, such as the technique for distilling Awamori, a type of alcohol from Okinawa which first came from Thailand.

Korean cuisine has prehistoric roots that have evolved due to cultural, political, and environmental factors. Common ingredients include rice, vegetables, and meat. Most traditional dishes are served with steamed rice.

Kimchi, a dish made from fermented vegetables, is served with almost every meal in Korea. It’s made of napa cabbage, radish, shallot, garlic, ginger, or cucumber.

Korean barbecue, or gogi gui, is the typical way to grill beef, pork, chicken, and other types of meat. These types of dishes are often placed directly on a gas grill in the middle of the table.

Check out these easy Asian recipes for inspiration!

Find out how Asian cooking differs from Western cuisine.