What Are Physics’ Key Concepts?

Key concepts, in general, are main ideas that teachers go to great lengths to emphasise, with the intent of making them stick for the duration – be it at least until exam time or for a lifetime.

Each of us surely has key concepts embedded in our brains no matter how fresh our academic experience is.

For example, we all know the rules of carrying when doing simple arithmetic and we all most likely remember the I before E grammar rule... right?

Physics, as an academic subject, is no different with regard to rules and concepts.

There are ground rules and ideas that provide the foundation upon which any further study of physics will be built on; concepts that must be internalised before any deeper understanding of the subject matter can be grasped.

The good news is that, once these fundamentals are concretely understood, applying them in further studies is second nature!

To aid you on your quest for understanding key physics concepts, your Superprof highlights and explains them all. 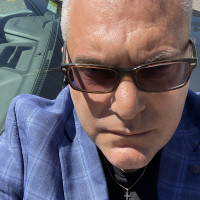 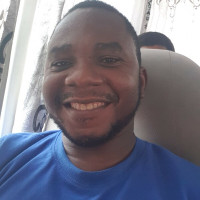 There are four fundamental forces of nature that govern every single physical interaction, be it on the atomic or subatomic level.

The fundamental forces are gravity, electromagnetism, and nuclear forces both weak and strong.

1. Of all the forces, gravity is the most prevalent but weakest in magnitude. The force of gravity acts between all bodies and its impact is dependent on whether the mass(es) are large or small.

The rules and properties of this force are described in Einstein’s Theory of Relativity.

Beta decay is when a proton is transformed into a neutron or vice versa.

Gaining or losing an electrical charge is vital because it allows the atom to gravitate toward an optimal ratio of protons and neutrons, thus allowing it to become and remain stable – provided the reaction is controlled.

The phenomenon is controlled through the next force on our list.

3. Electromagnetism is the most prevalent force in our world; that is to say: we can notice its effects without necessarily resorting to testing equipment to see them.

Electrostatic forces work on particles at rest, meaning they are not moving. Both magnetism and electricity work on moving particles.

The term electromagnetism was coined in the mid-1800s when Scottish physicist James Clerk Maxwell proved (through equations) that light, electricity and magnetism all exist in the same medium.

He further established that electromagnetic waves travel at the speed of light.

Learn more about groundbreaking physicists and their discoveries!

4. The last of the four forces, the Strong force, keeps protons and neutrons bound together. So strong is it that, rather than permitting repulsion of similarly charged particles, it keeps them together – even though they are pushing away from one another.

Many physicists believe that these four forces are in fact manifestations of a larger, unifying force yet to be discovered and named.

Electricity, magnetism and the weak force have been merged into the electroweak force, but incorporating gravity is proving to be a bit of a challenge, named quantum gravity.

So far, none of the theories that might address quantum gravity has panned out.

Get a maths physics tutor to understand the world better.

Have you ever heard of sound waves? What about seismic waves?

These and other waves have a direct, measurable effect. Sound waves can be heard, seismic waves travel through the ground causing earthquakes; even light travels in waves!

Perhaps a more visible example is the waves you can see from the beach: they pound the ocean floor, reducing matter to fine sand.

Gravitational waves are particularly exciting! These ripples in spacetime are caused by the most explosive, energetic processes in our cosmos.

Einstein predicted them over 100 years ago, through his General Relativity theory.

Can you imagine the awe cosmologists felt when they were actually proven, after decades of being a mere idea?

What About the Universe?

Yes, planets and stars and dark matter are what the universe is made of, but on a more fundamental level, it is made up of matter and energy.

Matter in space can be as tiny as dust particles or as large as a galaxy and energy takes many different forms: gravitational energy and the more recently postulated dark energy.

In fact, it is this dark energy that is thought to be driving our universe’s expansion...

We have matter and we have energy; now we add force and that is the recipe for every single celestial event!

Every evolution of the universe, from the birth of a star to the collapse of a red giant comes down to those three factors.

The main goal of physics is to understand how our universe works, at the subatomic level, on our planet and within the cosmos.

Those studies involve fundamental concepts, such as how matter moves through space and time, their energy and forces’ effect on that matter.

To capture variances in an observed matter is one thing; to explain how and why they change, exact calculations must be made. However, one cannot use the same scale of measurement to record a planet’s orbit (kilometres) to note a temperature difference (Kelvin, Rankin, Celsius and Fahrenheit).

Note: the US is the only major country that officially uses the Fahrenheit temperature scale!

No matter what any country’s official standards of measurement are, the scientific community records any of their findings using an international system of measurement units called SI units.

SI stands for Système Internationale d’Unités – true, that is written in French but surely you can get it!

This system includes baselines for each type of measurement:

Naturally, not everything weighs at least a kilogram and electrical current does not always start at one ampere, so decimals and exponents come into play.

Those are key concepts from maths!

Come time to write down equations, rather than recording, say, a nanometer as 1 behind 8 zeros which come behind a decimal point (0.000000001), that measurement is simply denoted as ‘n’.

There are eight standard prefixes with complementary abbreviations to denote exponential values:

Please note that, while the use of prefixes helps make equations manageable, each unit expressed by a prefix must be converted back into an actual numerical value in order to solve the equation.

One can easily measure the mass of an object or the time it takes to travel a certain distance, but what about measuring the force that propels it, the energy it expends, the frequency of its waves or its electrical charge?

In this next table, you can see all of these units: their name, what they represent and the abbreviation used to show how they are expressed.

Learn more amazing physics facts that will brighten your day!

Every action is followed by an equal and opposite reaction.

That nifty phrase, commonly bandied about in everyday conversation – often as a statement of karmic retribution, is actually Newton’s Third Law of Motion.

The other two are:

Sir Isaac Newton, one of the architects of classical physics, established those laws more than 330 years ago after long observation of matter movement and the forces that act on it.

Classical physics? Find out what that means in our glossary of physics terms!

While they seem self-evident and even simplistic, at the time those laws were established, there were few fundamental rules governing anything physical, let alone a unifying standard for mass in motion.

Albert Einstein, another cornerstone of the discipline we call physics, originated possibly the most famous equation of all time in his Theory of Special Relativity: E=mc2.

As elegant and seemingly simple as it is, it harbours two physical truths:

What is absolutely amazing is that these laws have stood the test of time and have been proven again and again!

What other great physicists have made such an impact on the discipline of physical science?

The Laws of Thermodynamics are as follows:

These laws too originated in the mid-1600s and hold true still today – quite a testament to human curiosity and the brilliant minds that conceived them.

Coulomb’s Law, which states that like-charged objects repel each other and opposites attract, and describes the forces expressed from said attraction or repulsion.

Gauss’ Law describes the distribution of an electrical charge through the electrical field it creates.

They are named for their authors; Charles Coulomb being a French physicist and Carl Friedrich Gauss, a German mathematician.

Stretching across every nationality and spanning centuries, the study of our physical world, even at the subatomic level, must necessarily follow rules and standards.

Now you have an understanding of those key concepts upon which to build your physics studies on. Why not go on to learn all about physics?