BlogLanguagesArabicThe Most Beautiful Islamic Architecture in the World

These buildings form part of the rich landscape that we live in, designed to provide essential functions in society. But when we create our physical environment, while functionality is necessary, it is the design features which gives us the most pleasure visually.

Islamic architecture, like all architecture, is an expression of emotion, thought, culture and history. Aesthetically unique and characteristic of the Arab world. 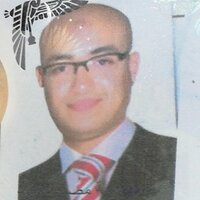 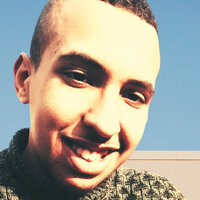 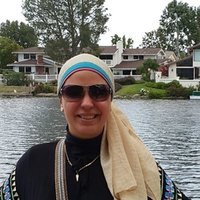 What Is Islamic Architecture?

Islamic Architecture is predominantly found in the 22 Islamic countries of the Arab world and some European countries that were previously conquered by Muslims such as Granada, Spain.

Arab Architecture is known for being full of bright colours, vibrant repeating patterns, symmetry and unique structural elements, which are both visually appealing and historically representative. They collectively create an impressive and iconic world heritage of Islamic culture, Islamic art and architecture.

A Minaret is traditionally a symbol of religious Islamic architecture. Historically its primary function was to provide a place for the broadcast of the call to prayer for Muslims. Today, however, they are mostly decorative as the call for prayer is broadcast via loudspeaker.

The Aesthetic of the minaret is that of a very tall, slim tower with at least one outside balcony and as many as six balconies in some mosque designs. The minaret most commonly sits on top of a mosque and serves as a visible symbol of religion.

The dome is a significant feature of Arabic architecture, and may also be one of the most recognised elements. Aside from being aesthetically appealing, the dome also serves functionally as a design feature to highlight space and light in certain parts of the building.

The dome within Islamic buildings and architectural design are half hollow spheres. They are a standard feature within mosque design, which often have more than one dome within the structure. Domes are a representation of the cosmos and is regarded as the vault to heaven.

Muqarnas Vaulting is a unique decorative element of Islamic Architecture. Made primarily to form a transition between straight walls and domed roofs. The purpose of Muqarnas vaulting is purely aesthetic, and not structural. But within their beauty you can hardly imagine them now being a part of the building, giving them an element of importance and significance within Islamic art and architecture.

Muqarnas Vaulting looks like a 3D geometric honeycomb-like design element which has rare visual qualities. They are made to be the representation of popular 2D Islamic geometric patterns. Muqarnas structures are very complex structures formed by creating and stacking tiers of geometric shapes together.

The arches within Arabic architecture are visually striking but also play a substantial functional role in the architecture of the building. Within the building, these arches bear huge loads while closing large spaces.

Symbolically these arches represent unity, light and beauty. The pointed arch is one of the more famous arches that may come to mind when thinking about Arabic architecture, but within Islamic buildings, there are many types of arches. They have developed through history to serve the various functional and design purposes within the building.

Where Can Islamic Architecture Be Found

The most popular countries to see Arabic architecture and landmarks are the Middle East, parts of Africa, and Parts of Europe.

There are too many fantastic examples of Islamic architecture in the world. It would be challenging and outside of the remit of this blog post to list them all. But the following 10 Islamic landmarks are a few of the architecturally significant buildings in the Arab world.

They are merely breath-taking and do a great job of wetting your appetite to discovering and defining the arabesque style, geometric decorations, essential elements and Arabian Architectural design within some of the most historical and modern Islamic architecture.

The Taj Mahal is a mausoleum built out of white marble, located on the banks of river Yamuna in the Indian City of Agra. It houses some traditional Islamic design styles and is one of the most visually recognised buildings in the world.

A Mughal emperor built the Taj Mahal; it was designed to house the tomb of his dearly departed wife.  It has five central domes, four main Minarets, and many arches. The intricate design, on the exterior and interior of the building, is exceptional.

Sultan Hassan Mosque is a beautiful mosque, steeped in Islamic heritage and history, built in the old city of Cairo in North Africa. The Sultan Hassan Mosque is enormous in scale and is known to be one of the largest mosques in the world. The central dome alone is 21 square meters and sit on top of the main hall.

It has one large dome which placed between 2 minarets.  This mosque was quite uncommon at the time of its creation due to its enormous size and unique styling.

The Burj Al Arab is a luxury hotel located in Dubai; it is an example of modern Islamic architecture. Set on its own island and designed in the shape of a sail. The Burj Al Arab has spared no expense to achieve the highest level of luxury and unique styling.

The Sultan Ahmed Mosque also known as the blue mosque gained its nickname because of intricate blue tiles that line the entire inside of the building. The exterior is unique with six tall and slim minarets, where another mosque usually has 2-3 minarets.

The Badshahi Mosque was built, by a Mughal emperor and is located in Lahore the capital of Pakistan. It is one of the most prominent mosques in Pakistan with the capacity to accommodate over 50,000 worshipers.

This mosque expresses a grand style in its architectural features. With Three double domes, four minarets and a vast courtyard among other elements.

The great mosque of Djenne is located on the Bani river in the city of Djenne. Made entirely out of mud bricks and wood, this Mosque uses the wood as a support for the structure, and it also adds a decorative element in the building.

Although this mosque is modest in the materials it uses, it is a unique and strikingly beautiful structure. Because of this, the great mosque of Djenne is considered to be a UNESCO world heritage site

The Great Mosque of Damascus is located in the centre of the city of Damascus. It is an incredibly historical mosque and one of the largest in the world.

The mosque has all of the traditional design styles including the central dome, Three Minarets and a massive courtyard with a fountain and numerous arches and columns.

The Dome of the Rock is a Muslim shrine, built in the city of Jerusalem. It is one of the most recognisable landmarks in the city. It is completely covered with glazed ceramic tiles, and mosaics. Its huge bronzed dome is hard to miss as the sun sets because it creates a reflective light effect which makes it impossible to ignore as you move through the city.

The sultan Amir Ahmad Bathhouse is located in the city of Kashan. It has a unique octagonal main hall, decorated with turquoise and gold tiles. There are numerous domes in the roof which also contain glass, allowing light to enter the building.

The Sheikh Zayed Grand Mosque is located in Abu Dhabi and is the largest Mosque in the city and one of the largest in the world. Over 40,000 worshipers can be accommodated inside of this mosque.

It is aesthetically gorgeous with 82 domes, four minarets and it is covered with marble. As an important mosque in the city, it was designed to be elevated so that it can be seen from all directions.

Experiencing the vibrant colours, geometric patterns, and architectural design of Islamic Architecture first hand is a priceless adventure into Islamic culture, Arabian history, Islamic art and architecture. I hope that you have been inspired to explore arabesque architectural styles, enjoy the view.

Find Arabic lessons London or Glasgow to find out more about the fascinating cultures that spawned these beautiful edifices.

Discover the most prominent Arabian cities.

See how you could represent some Arab architecture or history in a tattoo.

Look at these English words taken from Arabic.