Read Some of The Best Books On Economics It’s no secret that there have been many great economic thinkers across the ages. As a result, there have been a number of economics books released over the centuries. This is definitely not a bad thing, as it means that there are so many resources you can use to improve your understanding of economics, regardless of whether you are new to the field or an economics undergraduate at university.

Although there are many viable options for learning more about economic principles, such as:

there is also a case to be made for reading a wide selection of books by top economists. Although blog posts, for example, can be very informative, and also fun to read, sometimes reading a longer economics work can really help you understand core economic principles and theories.

Available either in e-book format or in paper or hardback, the below books are some of the best and most instructive books on economics that are sure to help you in your studies. 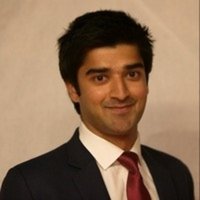 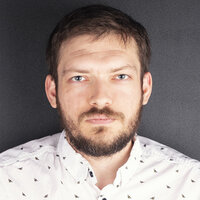 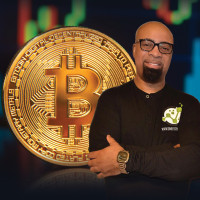 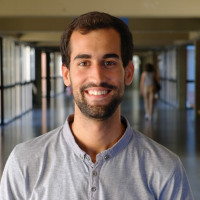 Read Up On The Most Popular Economics Books

Freakonomics: A Rogue Economist Explores the Hidden Side of Everything

Freakonomics brought economics to life for the masses by mixing together a collection of offbeat topics and pop culture with economics. Written by economist Steven Levitt and journalist Stephen J. Dubner, Freakonomics deals with areas as diverse as the economics of drug dealing and the socioeconomic patterns of naming children.

Although the book is not without its critics, with some arguing that the work has more to do with sociology than it does economics, Freakonomics has remained hugely popular, selling over four million copies since its release. What’s more, the book spawned a sequel, Superfreakonomics, as well as regular podcasts that are hosted by Stephen J. Dubner.

If you’re looking for some inspiration or motivation as to why economics can be interesting, this is a great book to pique your interest.

Here is an example of an Economics teacher a student should have.

Although either set works wonders as an overview of the life of Keynes, those looking for a slightly abridged version would be better served by the one-volume work, as it provides an excellent introduction to the economist whose name is known to many, but whose policies may not be quite as well-known in popular culture.

If you’re studying Keynes as part of your A-levels or as part of an economics degree at university, then this book is a fantastic read, and will really supplement your existing knowledge.

Capital in the Twenty-First Century

Thomas Piketty, a French economist, doesn’t hold back in this work about wealth and income disparity. Covering income inequality in Europe and the United States since the start of the industrial revolution, Piketty argues that in principle, wealth tends to grow quicker than the pace of economic output.

Piketty concludes by suggesting that one way to solve economic or political instability is for governments to adopt a global tax on wealth.

Although Adam Smith’s work was first published in 1776, its influence has been widespread for centuries and it is considered a cornerstone work within the school of classical economics.

Covering a wide range of topics, such as the free market, productivity, as well as the division of labour, The Wealth of Nations argued, among other things, that a nation’s wealth is derived from its goods and services.

Get an Economics tutor London.

The General Theory of Employment, Interest and Money

Although you may have read, or want to read, Robert Skidelsky’s biography of Keynes, discussed above, you can also go one step further and read a work by John Maynard Keynes himself.

In The General Theory of Employment, Interest and Money, Keynes outlines the terminology that many argue forms the basis of the macroeconomics we know today. What’s more, with a clear writing style, and no mathematical elements to this work, it should be relatively manageable for intermediate and above economics students.

Daniel Kahneman, a psychologist by training, has contributed much to the field of economics, so much so that he won the Nobel Prize for Economics in 2002.

His book, Thinking, Fast and Slow, summarises the work that Kahneman and his colleague, the late Amos Tversky, carried out over decades. In essence, the book argues that human beings are not the totally rational decision makers that many economists had previously argued.

His work in described in three different stages:

Thinking, Fast and Slow is a wonderfully entertaining read, although it also challenges some of the core tenants of economic ideas, particularly the concept of rational man.

Human Action: A Treatise on Economics, by Austrian economist Ludwig von Mises, argues in favour of free markets through the study of praxeology, the study of purposeful decision making by humans.

Writing in 1949, Mises argues that much of the technological progress and growth in wealth over the past two hundred years has been due to free-market economic principles.

In line with this argument, Mises argues against government regulation or interference with the economy. Although this may not be a work that fans of Keynes will naturally gravitate towards; it is still a powerful read by a highly respected and influential economist.

John Kenneth Galbraith, a Harvard economist, looked to post-war America in this 1958 work. Starting the book as he means to go on, Galbraith wrote: “wealth is not without its advantages” and indeed, his work sets out to discuss just that.

Highlighting economic inequality between the relatively wealthy private sector and the poor public sector, Galbraith’s work became a bestseller, even popularising such terms as “conventional wisdom.”

If you’re interested in economic developments in the U.S.A. or need to study them as part of an economics course, then The Affluent Society is a must-read.

The Great Transformation: The Political and Economic Origins of Our Time

Part economic history, part sociology work, Karl Polanyi’s book looks at the changes brought about by the Industrial Revolution, from both an economic and social perspective.

A book that argues strongly against free markets, this is a great, and still relevant, read if you’re interested in learning more about economics in the context of globalisation.

Written by Joseph Schumpeter, this work on economics and sociology has stood the test of time, and continues to be relevant decades after its release.

As the title of the books suggests, Schumpeter tackles topics as broad as capitalism and socialism, whilst refusing to be drawn into taking a stance that advocates either side. Instead, Schumpeter argues against both, making this work equal parts compelling and intriguing.

Get good economics tutor near me here on Superprof.

Choose The Best Economics Books For You

Overall, the economics works that you choose to read will depend on:

Whilst any serious economist would likely invest some time reading the works of all the major economic thinkers, past to present, in order to understand each thinker's economic theory, if you’re studying economics at A-level you may not have that kind of time available to you.

If that’s the case, it’s best to select the titles that most appeal to you, which can teach you something different about economics that you did not know or had not previously considered.

For example, some books may serve as a great introductory work into an economics field you haven't previously studied. Equally, you may be able to better understand economics as a social science by reading a book such as Freakonomics.

What’s more, if you want to learn more about a particular economic figure and their theories, for example, Adam Smith and the “invisible hand” then you can also reach out to a Superprof tutor for their help. Superprof has a range of experienced tutors that can help improve your knowledge of key economic figures and economic concepts.

Learn about the financial crisis of 2008.

Do you know what economic modelling is?