What Is Japanese Mythology?

As a traveler, new resident, or student in Japan, the country's rich culture will surely fascinate you. Their ancient temples, shrines, and dormant dojos contain decades of rich cultural narratives and compelling stories.

We look at Japanese culture and expect a treasure trove of detailed folktales and traditions that make up their society; however, we don't know much about them!

Most of these were passed down through recorded sources, oral tradition, and archaeological sources. Many Japanese stories are also localized to a specific island because of how isolated the community was.

Additionally, Japanese folktales are integral to shaping the belief system of locals. As a foreigner, it would help you to learn Japanese customs and cultures to fit in better.

Shinto and Buddhism belief systems lie at the core of the Japanese folktales.

Additionally, each folktale chronicles a Japanese societal milestone or a spiritual character; they can be humorous, terrifying, motivational, or downright bizarre.

Some of the mythical beings in these stories include kami (gods and spirits), bodhisattva, yokai (monster-spirits like oni), yurei (ghosts), tengu (heavenly dogs), Japanese dragons, and animals possessing supernatural powers.

Japanese folklore has various categories spread across towns. The re-telling began when storytellers would travel in the twentieth century and tell stories using kamishibai (paper illustrations). These stories include:

Are you fascinated by ancient Japanese gods and myths? Read ahead to find out more about Japanese myths, folktales, gods, and heroes: 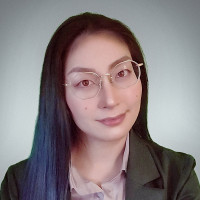 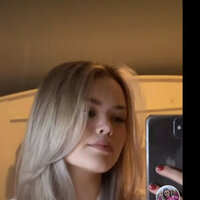 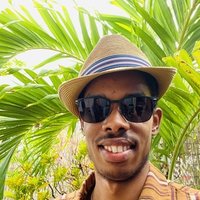 Kojiki is the earliest recognized book on Japan's history, legends, and folklore. Meanwhile, the Shintoshu uses a Buddhist perspective to describe the origins of Japanese deities.

These are the most reputable sources for Japanese myths. But there are also others: Hotsuma Tsutae elaborates on mythical Japanese history differently from the Kojiki or Nihon Shoki versions.

Now let's look at some of the most famous Japanese legends.

Kojiki and Nihon Shoki describe the "creation myth." The Three Creating deities appear after the formation of heaven in a dark and silent universe.

The movement of sound and matter that created heaven also shed the remaining particles to develop Earth, which solidified millions of years later. On this mass came two new deities – Izanagi and Izanami – to rule the creation.

They created the bridge between heaven and Earth called Amenoukihashi (Floating Bridge of Heaven) and started living on Earth to mate and produce children that formed more deities.

Soon after Earth's creation, Izanami dies during childbirth, and a disturbed Izanagi goes to Yomi, the land of the dead, to bring her back. However, he is too late as her body has decomposed beyond recognition.

After fighting off the evils bestowed on him due to his dying partner's final wish, Izanagi shed parts of himself to purify.

Each part shed led to the creation of a new deity: Amaterasu (the sun goddess), Susanoo (the wind god), and Tsukuyomi (the moon god).

3. Amaterasu And The Cave

One of the better-known Japanese folktales involves two of Izanagi's children, Amaterasu and Susanoo, and their well-documented rivalry.

This instance involves Amaterasu hiding in a cave after a conflict with Susanoo, which led to darkness descending on the world, releasing evil spirits.

Several gods make attempts to bring her out of the cave and end the havoc. They finally do so when the merriment goddess, Ame-No-Uzume, dances on an upturned washtub while dressed in flowers.

Eventually, Amaterasu peeks out to see what all the fuss was about and is pulled from the cave to return light to the world.

Many theoretical performances today depict this Shinto mythology to remember the story.

The Hare of Inaba is a Japanese myth that revolves around civilization's struggle against barbarism and the eventual formation of Japan.

According to legend, a hare tricks a crocodile into letting it make a bridge so the hare can cross an island. However, the crocodile figures it out and tugs off the hare's fur.

While this is happening, two of the king's sons were passing by. One advised the hare to dry in the sun after washing in seawater to make things comfortable. Whereas the other brother, a fairy called Okuni-nushi-no-Mikoto, recommends washing in fresh water and roll in cattails pollen. As the hare feels better with the latter advice, it rewards that brother with the news of his marriage to Princess Yakami.

5. The Japanese Legend of Emperor Jimmu

Jimmu is considered the first emperor and mythical founder of Japan; he is also the great-grandson of the goddess Amaterasu.

According to legend, Jimmu was 126 years old when he died, but there is little evidence that he even existed.

Modern scholars believe that there is only proof of Jimmu's successor Suizei existing, out of the nine emperors mentioned in the stories.

Even with these discrepancies, it remains a critical myth given the existing Imperial Family's background.

Yamato dynasty's legendary prince Yamato Takeru, earlier known as Ousu, was the son of a legendary Emperor, and his tragic story is detailed in the Nihon Shoki and Kojiki.

According to legend, his father sends him to a battle in the Izumo Province, expecting him to be killed. However, Prince Ousu defeats all enemies and gets the title Yamatotakeru (The Brave of Yamato).

However, Ousu's father remains steadfast and sends him to the eastern land where he meets his aunt, who gives him a holy sword to defeat the people who had disobeyed the Imperial court.

This leads to Takeru losing his wife in a storm where she sacrifices herself to calm the sea god's anger. He defeats all enemies in battle, and according to Japanese myth, he composes the first renga along with a local man in the Kai Province.

On his return, he blasphemes a local god and gets cursed in return, due to which he falls ill and dies.

Legend dictates that the name Mie Prefecture came from his final words, and after he died, his soul turned into a white bird that flew away.

Japanese mythology is not limited to tales about supernatural beings but also includes anecdotes about the lives of folk heroes.

Several Japanese heroes are linked to specific geographical locations in Japan and the archipelago. Moreover, some of these heroes are considered to be real people like the Forty-seven ronin.

However, their lives and adventures have become a part of the Japanese folktales that describe them as powerful, knowledgeable, and more gifted than others.

There is a range of heroic adventures, including acts of devotion and kindness like the Shita-Kiri Suzume myth and battles against the odds, like Momotaro's tale. These themes provide moral lessons that have contributed to Japanese culture.

For example, the Shita-Kiri-Suzume provides a lesson about the harmful consequences of jealousy and greed. It chronicles the case of an old couple that comes in contact with a fairy who tests the man by impersonating a sparrow.

On the other hand, Momotaro's tale talks about a hero born from a peach raised by a childless couple. This hero embodies dutifulness and courage to defeat the Oni that was raping, kidnapping, and pillaging in his hometown.

Japanese folklore highlight heroes like Momotaro, who save women from vicious oni and kami. As famous as Japanese Mythology is for depicting their brave heroes, it also features heroines.

For instance, Yamato Takeru's wife Ototachibana saves her husband's ship by jumping into the sea to subside a threatening storm.

Japanese mythology consists of some of the most fascinating myths, folktales, and stories encompassing various themes and featuring heroes and heroines.

Most of these Japanese myths revolve around creating the world and things around us, explaining their relevance and message.

Most of these tales are rife with motivational and inspirational stories of love, death, conquest, creation, and life, providing an intellectual blueprint not just for the Japanese people but also for others.

If you are interested in diving deeper into the world of Japanese mythology, you should try to find classes that can teach you the language and the culture.