Chinese calligraphy, also known as 书法, is one of humanity's most ancient art forms. The mastery of strokes, the quality of the brushes, and the emotions they represent have survived millennia and the style has developed its own unique technique!

Artists like Ouyang Xun, Wang Xizhi and Ngan Siu-Mui have helped elevate these ‘noble characters’ to their own popular art form which is increasingly drawing admiration from the West.

Some people examine each stroke for clues about the artists' emotions and state of mind. Chinese calligraphy is often - but not always - associated with concepts like relaxation, spiritualness, and escape.

An integral part of Chinese culture since antiquity, learning the script can be a great way for Chinese students to learn how to write in Chinese while leaving their pencil case at home. 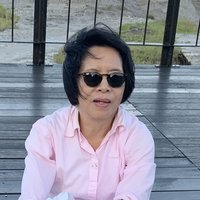 As a traditional art form, is calligraphy a good way to learn how to write in Chinese?

Considered a true way of life, a quiet moment for reflection on our presence on this earth, or an ode to human dexterity, calligraphy is a truly ancestral art form…

The historical artifacts and writings left behind by generations of Chinese, whether from the Xia, Han, or Ming dynasty, all show a high appreciation for the beauty of the Chinese script.

Just like calligraphy, writing the Chinese characters requires you to follow a number of rules and to make sure your brushstrokes flow in the right order.

Plus, all Chinese writing is calligraphy to a certain extent, but writing with a brush elevates it to an art form. Learning this traditional art form is also a great way to learn to write Mandarin Chinese.

Today, there are six main styles of writing calligraphy, and each style has played an important role in the development of the Hanzi over several millennia.

Learn to read Chinese via calligraphy - something that’s available to everyone?

Learn calligraphy in the West

Calligraphy is a popular art form in North America and Europe, often praised for its virtues of introspection, relaxation, and the meditative process of writing. Chinese art lovers cannot help but be moved by the beauty of Chinese calligraphy as well.

In order to practice calligraphy, learning to speak Mandarin Chinese isn’t required, although people who start studying calligraphy also often sign up for Chinese classes to learn how to speak, understand and write Chinese.

Like any art form, calligraphy also requires a certain amount of talent and a dedication to practicing almost daily in order to improve.

The necessary tools for Chinese calligraphy

Although certainly open to everyone, above all calligraphy requires motivation, as well as the resources to purchase the basic tools for practicing your new hobby.

Just like football, singing, or playing an instrument (where you’d need, respectively, a ball, microphone, or guitar) calligraphy is the art of writing, and it requires tools and supplies.

So called the ‘four treasures’ in Chinese, here are the key tools for practicing calligraphy:

Use Chinese calligraphy to break down the letters

Technically speaking, Chinese calligraphy is a good option for people interested in Chinese culture who aren’t quite ready to commit to signing up for Chinese language classes but still want to learn the script…

In Chinese, you are generally always writing inside an imaginary box, unless you’re a professional calligrapher making some artistic flourishes.

The balance and proportions typical of Chinese characters are necessary to maintain as you write out the Hanzi characters. It’s important to keep their regular, geometric, and well-proportioned shape as your brush moves across the paper.

Each character is made up of several brushstrokes, which follow and set order and system.

However, in Taiwan, Hong Kong, Macao, Singapore, and in some overseas Chinese populations, the typical directions are sometimes abandoned for tradition, and you may find writing going from:

(It’s worth noting that this last point is helpful if you’re planning to try and decipher any ancient Chinese texts).

During a typical introduction to calligraphy, the teacher will often ask the student to study the 8 base strokes of the character “yong” and break it down. Another learning method often focuses on learning the different symbols within a Chinese character and breaking down its meaning in order to natural improve a student’s reading comprehension.

Where can you learn Chinese calligraphy in America?

Whether it’s at rehab centers, schools, or museums, it’s easy to find Chinese calligraphy classes in the United States.

The venerable China Institute on Washington Street in New York offers a wide range of calligraphy and brush painting classes for adults, teens, and children.

They generally run several calligraphy classes each semester, offering a range of class times for anyone’s schedule. Classes last for two hours and promise a meditative and calm atmosphere away from the hustle and bustle of New York City. Materials are provided for the first class, with plenty of advice so you can purchase your own supplies before the next session.

Each 10 class session promises to get you going, even if you’re a total beginner with no knowledge of Chinese language. But for those who are also interested in speaking and reading Chinese, the center offers a large selection of classes.

Check for Mandarin classes near me here.

Ming’s Chinese Calligraphy is a San Francisco institution, run by Mr. Mak Ming Chan himself, who was born to an artistic family in Guangdong province before moving to Hong Kong in the 1970s to work as a professional artist. He now offers private calligraphy classes located at his studio in Parkside, at the price of $200 for 4 1.5 hour lessons.

The Fo Guang Buddhist Temple in Boston, located on Concord Ave in Cambridge, offers weekly calligraphy lessons every Saturday afternoons. Classes last for 1.5 hours, and the temple has been an active member of the Cambridge community since the late 90s.

For the most motivated students who want to improve quickly and have already invested in all the supplies they’ll need to learn calligraphy, a private tutor is a good option.

Often Chinese natives or art-school graduates from Taiwan, Singapore, or Hong Kong, these tutors can often come straight to your house.

There are plenty of tutors to choose from on Superprof.

And of course on Superprof, classes average just $25/hour and your first class is free!

Discover the best way to learn how to write Hanzi...