How to Conjugate Dutch Verbs Conjugating verbs form the absolute basis of learning a language. Verbs are used in almost every sentence and they need to be conjugated in practically every sentence.

We will start with discussing the regular verbs - placing those in different times. Then we will discuss some of the most common irregular verbs. We hope to make this subject as clear as possible for you. Learn more about Dutch verb conjugation 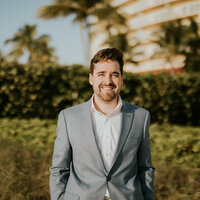 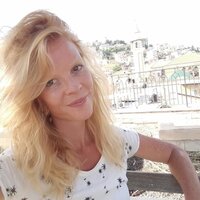 The verb conjugation of regular verbs in the Dutch language

Regular verbs are, not surprisingly, always conjugated the same way.

Persoonlijke voornaamwoorden are the next subject that will be handled.  In English these would be called personal pronouns.

How do we conjugate the verbs when it comes to these personal pronouns?

This applies to all regular verbs!

To be able to conjugate the verbs you need to know what the stem of the verb is. With the verb 'werken,' the stem is werk and that is the basis for further conjugating it. Now, how do you establish the stem? The stem is always the infinitive of the verb minus -en. Zo werken (to work) becomes werk.

Conjugations besides those in 'time tenses'

Besides the conjugations in time tenses that we discussed before, we will also discuss four other possibilities here. There are many exceptions and other conjugations but these are commonly used in the Dutch language.

For example: hij wordt gezien. Which means: he is being seen. These sentence can be independent and do not have a subject. The verbs are conjugated in the same way as mentioned above (the - hij - version). The - wij - version would be: wij worden gezien, and so forth.

The gebiedende wijs, or imperative in English, is used to order someone. In Dutch, when you are using the gebiedende wijs, in singular form you will use the stem of the verb, as discussed above. Werk! means work! and Loop! means to walk. In multiple form you add - en. Zo lopen and werken!

This conjugation is used when a verb is in fact used as an adjective. This is, for example, the case in the following sentence: een werkende man, which means a working man. If the verb that is used is a regular verb then the conjugation is, again, always the same. So, in the case of a singular personal pronoun the verb is conjugated as followed.  +de is added to the complete verb (which typically ends with en). When a multiple personal pronoun is used an n must be added to the end.

This conjugation is used when a certain combination is made of a noun and a verb. This is the case in, for example, the following sentence: het opgaan van de zon, which means: the rising of the sun. The sun does not have a particular place in this sentence, one cannot establish that it is a noun per se. In these kind of combinations, the verb is almost always conjugated by adding -ing to the end.

We understand that this is a tricky subject and we have genuinely tried to make it as simple as possible for you. We hope that you are still with us. Now, we will venture onwards with the subject of irregular verbs in the Dutch language.

The conjugation of irregular verbs in the Dutch language

Up till now everything seems rather simple. However, the Dutch language contains a relative large amount of irregular verbs, mainly compared with a lot of other languages including English.

As you can see all these verbs have their own individual characteristics. There are no rules in this regard that can make it easier. You simply have to learn irregular verbs by heart.

In Dutch there are 11 verbs that can be defined as completely irregular verbs. We will give you the present tense and paste tense of 5 of these verbs for all personal pronouns.

The next subject that we need to discuss here is the subject of combined verbs. In another blog, we have discussed combined nouns before and also how much the Dutch seem te like them. Combined verbs usually consist of a verb and another word. These words can be an adverb or an article.

In these examples the other word is a adverb:

Nonetheless, most combined verbs consist of a verbs and a article, like aan, om or achter.

The following words are some examples:

Our conclusions about this subject

In this blog, we have discussed conjugating Dutch verbs with you. We started out with discussing the conjugation of regular verbs. These verbs have a standard way of being conjugated and we have discussed those in different time tenses and for different personal pronouns.

Next, we discussed some other conjugations that are often used in the Dutch language. After that, we moved on to the subject of irregular verbs. This is definitely a more complicated category. That is primarily due to the fact that all conjugations of these verbs are different than the other ones. Therefore, in this blog, we choose to discuss a few of the most commonly used verbs.

Compared with many different languages, and definitely compared to English, conjugating verbs in Dutch is pretty complicated. We hope, however, to have given you some guidelines and rules, so that you can work with this subject just that bit easier.