Get Help with Maths Language and Vocabulary Understanding mathematics means learning the language of maths in its own right.

To help you progress in the topic, here is a small lexicon of essential vocabulary to help you on your way. 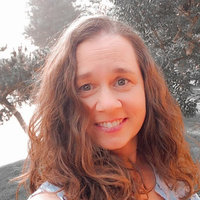 To be able to get on in maths, you need to understand the instructions given.

While this may seem simple, sometimes important vocabulary is lacking.

To avoid finding yourself blocked like this, it's a good idea to revise all the important definitions, before an exam, to be able to understand and decipher the problems with which you are presented.

This will have the added benefit of making you better able to understand your maths lessons.

The following dictionary of the most important definitions in maths will get you over your blockages in maths and help you to become a good student.

Become the next Albert Einstein - or even a better student - with our maths help!

An equation is a mathematical statement containing one or more variables.

This concept is fundamental to the history of mathematics.

A factor is an element involved in a multiplication.

Let us take two numbers, called a and b. The product of these two numbers is the one obtained by multiplying a by b. It can also be written as a x b.

The sum is the result of adding 2 terms together. If we consider two numbers, a and b, the sum thus represents the number a, added to b, which can also be written a + b.

A "term" is each of the elements involved in a relationship, addition, subtraction, sequence, proportion or fraction.

When dividing two digits or numbers, the dividend is the name given to the number or number being divided. For example, in 36 ÷ 12, 36 is the dividend.

The quotient refers to the result obtained from a division. So, when dividing 10 by 2, the quotient is 5.

The numerator is the first term in a fraction. So, in the fraction 5/6, 5 is the numerator.

The denominator is the second term in a fraction: 6 in the fraction 5/6. It indicates in how many equivalent parts the numerator (or unit) has been divided.

Do you know some of the surprising uses of maths? What about some common prejudices that people have about maths?

A square is a flat geometric figure with 4 sides are of equal length and 4 right angles (90°).

Greek mathematicians also introduced another definition of the square: the square of a number, which is the number we get after multiplying an integer by itself, so 42 = 4 × 4 = 16.

A circle is a plane curve whose set of points are equidistant from the centre point.

A rectangle is a parallelogram which has two parallel opposite sides and four right (90°) angles.

A square, since it meets these two criteria, is also a rectangle.

A diamond, also known as a rhombus, is a parallelogram whose four sides are of the same length (or 'isometric').

The opposite sides of a diamond are parallel, the opposite angles are equal, and the diagonals bisect each other to form two axes of symmetry.

A quadrilateral is simply a four-sided polygon.

Parallel lines have a constant distance from each other and do not touch or intersect.

Lines are perpendicular to each other if they intersect at right angles.

A segment is a portion of a straight line bounded by two points, which are the two ends of the segment. A segment [AB] (which is written enclosed in square brackets) has two points, A and B, as its ends. A segment can take various forms, such as:

In a polygon, a diagonal is a line segment that connects two non-consecutive vertices. A quadrilateral, therefore, has 2 diagonals.

An intersection is the meeting place of two objects: Groups or geometric objects.

You can also read about the evolution of maths in the last centuries, on our blog.

Algebra refers to a specific domain of mathematics which deals with calculations on the component parts of a given set of objects. Algebra is concerned with solving equations using explicit methods.

Classical algebra also deals with the theory of real numbers and complex numbers.

Algebra is an area that defines the properties of operations and how to calculate equations. Algebra can be applied be to numbers generally, as well as to geometry and complex numbers.

Geometry is another branch of mathematics. Its field of application extends from the study of the relations between points, curves, lines and surfaces, to the measurement of geometrical figures.

Within geometry there exist several sub-branches, including those dealing with spaces, planes, analysis and projections.

Understanding geometry also lets you understand the link between:

To know the position of a point in two-dimensional space, you need two numbers, known as coordinates. They give the position relative to the horizontal line (abscissae) and to the vertical line (ordinates).

An abscissa is the perpendicular distance of a point from the vertical axis, and is represented by a number.

The hypotenuse is the line opposite the right angle in a right-angled triangle.

A graph is a visual representation consisting of points or one or more lines, of the variations in a measurable quantity.

A theorem is a demonstrable theory which results from other propositions which have already been demonstrated. Pythagoras' and Thales' theorems are among the most widely-known and quoted.

If you have any questions about the origins of maths or mathematical misconceptions, make sure to ask for help in your private maths lessons.