BlogAcademiaMathsThe Link Between Mathematics and Art

It may sound strange at first, but mathematics and art are very closely related.

This show the utility of mathematics in everyday life, as well as its beauty.

While one is an exact science and the other an artistic endeavour, it's interesting to note painting owes a great deal to maths.

There are also, of course, a wide range of activities derived from art, such as graphic design, that span traditional and modern media.

The arrangement of elements that make up an image, which every student learns in art class, in fact, correspond to mathematical rules.

A math tutor on Superprof can teach you more than traditional maths equations. What links maths classes to painting? Read on, to find out. 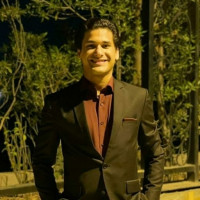 Geometry is one of the first things which springs to mind when we consider the link between mathematics and painting. It is a branch of mathematics whose objective is to study shapes in space.

Is drawing not the artistic arrangement of forms to create a composition? And is painting not derived from drawing?

That's right: Geometry is intimately linked to painting. There are in fact many branches of geometry, of which the best known are:

About now, some of the 'great theorems' you study when you learn maths in school have probably surfaced in your memory. We want to talk here about the famous theorems of Pythagoras and Thales - about which you can read more in our vocabulary of maths!

These pillars of mathematics are, on closer inspection, far more useful than they first appear, and feature heavily in the world of art. Parallelism and symmetry, too, are widely used in much art.

Painting, like mathematics, requires accuracy. Even the most abstract of works often conform to a mathematical logic: Each part of the painting appearing in such a way as to create a coherent and harmonious whole.

Geometry also features in our 7 surprising examples of the application of maths.

The golden ratio is an excellent example of the link between mathematics and painting.

In ancient Rome, architects, painters, sculptors and designers understood the difference between an aesthetic work and a creation of chaos. They were greatly interested in this question and have studied how a work, though composed of unequal parts, may be aesthetically appealing.

Roman architect Vitruvius was one of the first to identify the golden ratio. The ratio can be used to create sequences, repeated infinitely within subsections of the same work.

Search for a good math tutor near me here.

Several mathematicians, including the famous Fibonacci, author of the Fibonacci sequence, have proven the existence of the golden ratio in nature - See our article on the history of mathematics for more. Even the human body is defined by this famous ratio.

In painting, there exist the golden rectangle, the golden spiral, the golden triangle and the golden ellipse. Together these elements define precisely where each part of a painting must be located, in order that the whole be harmonious and pleasing to the eye.

The most famous examples of the use of these elements in art are:

The Birth of Venus, painted by Sandro Botticelli in 1482. We can see that the position in space of the characters is subject to the golden rectangle. Moreover, the painting itself is a golden rectangle: Its dimensions (172.5cm by 278.05cm) correspond exactly to the ratio.

Jicopo de Barbari's painting of the mathematician Fra Luca Pacioli possesses within it a perfect representation of the use of the golden number: The distance between the subject's index finger and the thumb correspond to the height of the open book which is shown. This mathematician wrote, in 1498, a treatise on the golden ratio - surely not a coincidence.

Adoration of the Magi by Diego Velazquez, painted in 1609, like the Birth of Venus, is in itself a golden rectangle. In this painting, the face of the baby Jesus is located exactly on a golden point.

Comic books are also a medium that makes use of the golden ratio. We observe it in the Adventures of Tintin, for example.

The author Hergé is credited with first bringing this style of comic strip, with the use of speech bubbles, to Europe.

Find out elsewhere on our blog about the five clichés of maths.

Leonardo da Vinci: A Genius of Mathematics and Painting

Leonardo da Vinci is undoubtedly one of the greatest figures in the field of art, mathematics and engineering. A true genius, this inventor and artist lived from 1452 to 1519 and was the originator of many advances in maths technology, some well before their time. We owe him the notion of perspective, a fundamental concept in artistic representation.

The Vitruvian Man (originally drawn by the Roman architect Vitruvius), one of his most famous drawings, comprises numerous mathematical data.

In this drawing, Leonardo sets out various measures of a human body, in the form of one defined which is supposedly "perfect". Among the dimensions represented, we see that by extending our legs, the shape formed by them and the ground is that of an equilateral triangle. Also, it shows how the combined length of our two straight arms is equal to our height.

In this work, Leonardo precisely measured and represented each part of the human body, proportional to the whole.

The simple fact, too, of placing the subject in a circle within a square shows the importance of geometry and mathematics to this famous painter and polymath.

The Last Supper, painted between 1494 and 1497, also employs the golden rectangle, to which both the table and room depicted conform in their dimensions.

Da Vinci, in painting his masterpieces, employed the most prominent mathematical theorems of his time, which resulted in effects of aesthetic appeal and harmony.

Even today, we study his works, considered classics, in order to identify the different strategies he employed.

While this is one artist who has definitely played a role in the evolution of maths, he is one you are unlikely to have learnt about in your maths lessons.

Maths Matters in Other Subjects

While maths may, at first sight, have nothing to do with art, there are, as we have shown, significant connections between these two domains.

If you draw and paint, you are likely to put your mathematical knowledge in action.

Maths and private maths classes have an influence on many other topics too, including computer science. That is why the discipline enjoys pride of place in courses of study on various topics.

The emergence of computer graphics and industrial design has only underlined this importance.

If you want to become a great painter, you will need to spend some time on your maths lessons and on becoming well-versed in perspective and geometry.

None other than Albert Einstein is credited with saying "After a certain high level of technical skill is achieved, science and art tend to coalesce in aesthetics, plasticity, and form. The greatest scientists are artists as well".