How Does Pop Style Singing Differ From Other Singing Genres

BlogMusicSingingHow Is Pop Different Than Other Singing Styles?

Contrary to popular perception, there isn't a single sound that characterizes pop singing. Instead, a range of vocal styles is used, often within the same song, ranging from soft, breathy singing to loud, full-belt singing.

The singing might be organized or improvised, formal or informal. It might be practiced as a profession, a passion, a source of joy or comfort, a ceremonial, religious observance, training in music education, or as a hobby. While most singers often focus on one musical genre, such as classical, rock, opera, or pop, some have achieved crossover success by performing in many musical genres. 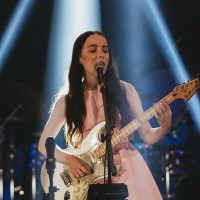 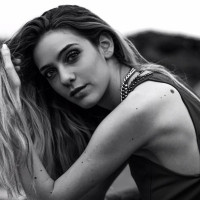 What Makes Pop Singing Different From Other Singing Styles?

Popular is the acronym for pop, which indicates the kind of music included in pop. Pop music is any song that is contemporary and popular at a given period.

Pop music appeals to a vast and varied audience. It is a genre where you may find a jazz enthusiast, a country fan, and a metal head, all enjoying the same song. Instead of appealing to a specialized target, pop music artists appeal to the general population. Because collective sound is affected by so many other music genres since fans from just about any other genre are attracted to it.

The broad range of influences also enables pop music to overcome national and cultural barriers, making it possible for the same song to be popular simultaneously in different US cities, the Middle East, and East Asia.

Pop music specializes in relatable, lighter social themes and issues so that a larger audience may enjoy the songs. The message that pop music is intended to convey to its listeners distinguishes it from many other genres.

Most of their songs are about joyful or tragic love relationships, wealth, unnecessary spending, gatherings with friends, or behaving boldly. When writing a catchy tune to raise the audience's spirits, there isn't much place for complex themes.

This is the reason you would not find pop music songs mentioning battles, conquering other lands, or starting a political movement.

When it comes to pop music, you may hear styles of pop music being influenced by Latin, rock, country, dance, and urban.

Classical themes and music are recognized to affect confident pop performers. They frequently take inspiration from them or even reproduce the entire melody. A popular example is Chopin's "Prelude in C Minor," which inspired Barry Manilow's song "Could It Be Magic." Pop musicians occasionally purchase copyrights of popular songs to include parts of them in their tracks.

Pop music is not a difficult art to learn. A unique voice is more important than instruments in mainstream music to sing a pop-style song. A unique voice, however, does not mean that the performer must have the most precise, beautiful, or high-pitched voice.

Unfortunately, most pop artists use heavy autotuning, which usually results in a big letdown for the audience when they attend a live performance by a particular pop musician, only to be shocked by how different they sound in reality.

The fact that pop music-related dance is nearly always freestyle makes it different from other forms of dance linked with any other genre. Pop music is enjoyable for the body as much as the ears. Pop songs make people get up and dance because of their groovy beats. Difference Between Classical And Pop Singing

Both pop singing and classical singing come in a wide variety. For instance, the German school frequently stresses a lower larynx, whereas the French classical generally employs greater nasal resonance.

Another difference is the diction; whereas classical vocalists often have an excellent vocabulary, several pop music genres might benefit from less clear pronunciation.

Pop Singers Use More Back Resonance

Both classical vocalists and pop singers use all three of the resonance types known as "head voice," "chest voice," and "mixed voice."

Due to their tendency to sing far higher than vocalists in other genres, classical singers use their head voice more frequently. The balance is tilted more toward mixed or chest voice in pop singing.

What is pop music in terms of larynx technique? Classical singers frequently use a low larynx to produce a more open, rounded tone. The usage of a high larynx by pop singers results in brighter voices.

The myths that classical singers use a low larynx from the bottom to the top of their range and that belters always sing with a high larynx, or that larynges should always be neutral are incorrect.

However, it is a fact that all classical vocalists utilize a somewhat lower larynx than pop singers.

It takes more than only working with the vocal cords, diaphragm, and other structures to sing. Other elements, such as how words, syllables, and different phonemes are spoken, are equally important to sing proficiently.

Pop vocalists use loud and chesty vowels. For example, to make a high belt more approachable, an "AH" sound may be changed to an "A" sound.

Vowels used by classical vocalists are often stronger. The singer's vocal preferences and the section of their voice influence the vowel changes. "AH" might be altered to "UH" to help the transition into a sound that resonates more in the head.

Pop artists frequently use vibrato. However, it is lighter and only employed towards the conclusion of a prolonged note, usually after a period of straight tone.

This difference is simple since pop vocals don't have as much vibrato as classical vocalists, frequently distinguished by their powerful vibrato.

Pop vocalists occasionally utilize vibrato, although it's usually delicate and less noticeable, such as towards the ending of a long-held note.

Understanding your vocal range enables you to sound your best, whether you're taking singing lessons or singing along to your favorite song in the shower.

The classification of a singer's voice according to their vocal tone, vocal weight, vocal range, tessitura, and bridge position is called voice type or vocal type.

You can learn about different voice types by taking singing classes from Superprof. Search for singing lessons near me to hire a private coach for yourself.

Following are the different types of singing voices;

The highest female voice type is a soprano, which mounts a vocal range of C4–C6. There are several subgroups within the soprano range, including a coloratura soprano that focuses on operatic singing.

When asked, many professional sopranos can sing in an even more comprehensive range. On special occasions,  a Sopranino can sing up to F6 or more than two octaves above middle C. Famously, sopranos perform the principal melody in traditional choral music.

The vocal range of a mezzo-soprano, the second-highest female voice type, reaches a range of A3 to A5. With the appropriate training, many mezzo-sopranos can push limits either way.

Due to the weight of their voice, mezzo-sopranos tend to make the highest notes seem extremely simple. Mezzo-soprano vocals include Bette Midler, Madonna, and Lady Gaga.

The vocal range of the alto, the second-lowest female voice type, is F3 to F5. The majority of skilled altos can sing in the ranges of G3 (lower range) and F5 (higher range).

The most standard female voice type, contralto, has an E3–E5 vocal range. A contralto can sing much lower than an average alto singer. This voice still resonates well, and many skilled altos are capable of striking enormous notes at the top of their range. Alto voice performers include Lana Del Rey, Tracy Chapman, and Amy Winehouse.

The tenor's vocal range, the second-highest male voice type, is C3 to C5. Although many tenor singers may reach higher notes, the tenor runs from C3 on the low to C5 on the high.

Tenors are extremely popular in modern music because of the obvious ease with which they can hit high notes. It has a vocal range of E3 to E5 and is the highest voice type for men.

The countertenor singing voice is the highest in this range. Sam Smith, Michael Jackson, Stevie Wonder, and Freddie Mercury are examples of tenor voice types.

The vocal range of a baritone, the second-lowest male voice type, is A2-A4. A baritone's range is generally between A2 and A5, a little lower than a tenor's. Many baritones can sing at a C5, which puts them in a range close to that of a low tenor.

Due to its weight and ability to sound soulful in the upper notes of a male voice with proper training, the baritone voice type is amongst the most fascinating types. You can practice baritone and other Pop tones at home with help from tutorials, singing guides, or professional lessons.

The typical vocal range of the lowest male voice type is E2-E4. The lowest voice type is the bass voice, which can normally reach notes from E2 to E4. On prolonged vowel sounds, certain basses can reach even lower notes.

Voice types with a bass tone have a deep, rich, and rumble tune with a lot of vocal weight. Examples of bass voices are Bing Crosby and Johnny Cash.

Typically, prepubescent children fall in the treble vocal range. Most treble singers can sing comfortably in the range of A3 to A5, compared to a mezzo-soprano.

What Is The Most Popular Form Of Music In The World?

Today, Pop music is the most popular musical style worldwide. It has a huge fanbase, followed by rock and dance/electronic music, with 64% of the 19,000 consumers from 18 countries listening to it, according to the IFPI's most recent Music Consumer Insight Report.

On-demand streaming is the mode of listening to music, with consumers worldwide listening to 17.8 hours of music per week, according to a survey.

Want To Master Your Pop Singing Skills With Superprof?

Pop vocal technique is sometimes viewed as a single ability that is easy to master. The key to proficient pop singing is to keep the words as near to regular speech tune as possible.

If you want to polish your pop singing skills, head to Superprof. With personalized online singing lessons from Superprof, you can learn singing in Pop style, regardless of your voice type and range.

The singing classes at Superprof help novice singers go through the early stages of vocal growth. These tutors will help you master different singing styles in no time.