If you were born in the 70s and 80s, you must feel that nostalgia kick in when looking at little kids doing outdoor roller skating.

Roller skating was a huge part of the 80s. It got so much attention - pop artists, movie stars, athletes, and everyone was somehow endorsing roller skates.

And if that wasn't enough, freestyle roller skaters were rolling around showing cool tricks with their roller skates. Hence, the 80s were fun, and most of it was because of roller skates.

The roller rinks in the 80s were filled with fun, laughter, and a little angst, of course. However, the music, the lighting, and most of all, the vibe were what made it.

As it makes a comeback, delve deeper into the history of one of Americas most revered pastimes through the ages: 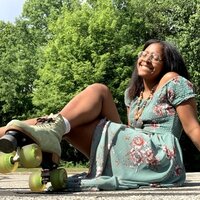 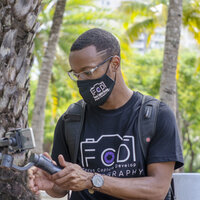 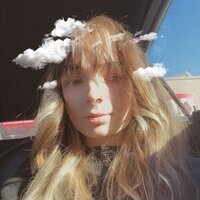 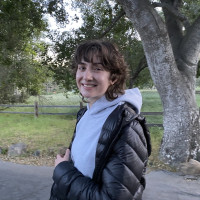 As the glitter and glitz of modern skating competitions, skating history has also been a ride to behold:

As ridiculous as it sounds but roller skating was invented during a party. In 1735, a Belgian inventor named John Joseph Merlin decided to show off his newly designed wheeled shoes.

So he entered the party with skates on and immediately hit a mirror face first. Well, a small price to pay, considering the popularity of roller skates.

Later in 1819, Monsieur Petitbled secured the patent for the roller skate design. The skates at that time were in-line, and they had only three wheels.

In addition, it wasn't easy to turn. But then James Leonard Plimpton came up with the idea of a four-wheeled roller skate that provides the wearers to move and turn around quickly.

In the 1900' skating got the boom when restaurants served food via skate-clad bevies. This was the starting of a new era, one that got people choosing between roller skating vs. rollerblading.

Things were different in the '80s. There were no phones for kids or even for teenagers. Perhaps, more importantly, there were no social media to post selfies on and no YouTube or Netflix for entertainment.

Most of the options were outdoor activities, and roller skating was a massive part of that. People loved to roller skate with their kids, friends, and love ones.

New York had several roller rinks all over the city, and none of them could be found empty on a Saturday night.

There were mainly two types of people in the roller rinks. First, there were those reveling on the rink with the wind in their air and the crowd's adoration.

Then there were those on the sides, hanging on to the railing for dear life! But one thing was sure; everyone was addicted. It was a Saturday night ritual!

The '80s were essentially different from the present but somehow falling while roller skating was equally embarrassing now. Not to mention the 'cool' Esprit shirts, which may now be as awkward as a trip.

Then, in the '90s, came in the in-line skates. Some people call them rollerblades. Those are equally amazing, if not more than roller skates.

However, regardless of what most people expected, roller skating is still pretty relevant. More and more people are going to parks and rinks to skate with family and friends.

Things That Involved Roller Skating In The '80s

Roller skating 1980s was not just a hobby or a physical activity. It was a lot more than that. All the 80s kids are grateful for roller skating for making their childhood awesome and full of fun. To take you back to the golden era of 1980, we have prepared a list of excellent activities in the '80s that involved roller skating.

In the '80s, roller skating had proved to be a fantastic hobby and a lot more than just fun. Coincidently, disco music was also getting a sufficient amount of attention at that time.

Hence, these two were put together with some genius thought, and boy, was that a great idea – a craze strong enough to take the world by storm was established.

It's like people were waiting for something to go crazy about, and roller disco granted their wish. Thus, thousands flocked to groove and skate simultaneously.

Roller disco was a unique but exciting combination of disco and roller skating. In the 80s, people were going bananas about it.

Before disco came along, roller skating was considered a mere physical activity or sport. But after the advent of roller disco, it became a historical phenomenon.

These roller freaks not only skating for fun and recreation but also because it was their lifestyle. Moreover, people preferred going on skates rather than walking to a place because it was fun and easy.

To facilitate this growing love for the sport, roller rinks began popping up across the states. People would show up to prepare for competitions and skate, but also to play arcade games and eat.

These institutes birthed the now sacred art of roller disco. And to foster the spirit of the atmosphere, disco music became the next big thing, giving skaters a beat that was easy to dance to while rocking roller skates.

Roller rinks look like a mini-golf club with glow-in-the-dark features combined with a nightclub. It had a shiny hardwood floor in the shape of a zero.

The experience wasn't complete without lots of neon lights and blinding disco balls, and the vibe was just irresistible.

No skater could resist the pull of the rink on Saturday nights. When the roller rink was in full flow, the night felt like a skater's paradise.

Moreover, some rinks had live Dj to play this newfound genre of roller beats. People were dancing, singing, not to mention skating their hearts out. It sure was a delightful sight.

Historically, these rinks served other purposes. For example, in the 60s, they were used for civil rights protests. Furthermore, these rinks were considered a haven for black communities around the US.

Another thing that happened in the '80s is the new styles of roller skating. People got so into roller skating that they manage to create a lifestyle around it.

It was a skating revolution. Each major city in the US has its own unique skating style. New York and Chicago were the first in line in the revolution.

These two cities consist of so many skating enthusiasts that some call them the Meccas of roller skating.

The sport itself is a strenuous activity. It is challenging for a rookie who doesn't know how to roller skate properly to find the right balance.

But people went a level further. Now skating is not limited to successfully moving around. Now there are numerous tricks and maneuvers that you can perform on them.

Furthermore, disco had a lot to do with creating these moves. These styles laid the foundations for what has become an x-games sport since, with ridiculous air-time maneuvers on the half-pipe and railing grinds.

The Angels weren't the only ones, though. Other popular shows like Chips also got in on the fad, portraying roller disco.

In 1979, Cher released a song named Hell on Wheels; it depicted a gleeful Cher skating around an American city, with the culture and traditions of the time on full show.

Cher, a roller skate fanatic, was admired for her success despite being a woman in a male-dominated industry. And her adoption of skates made them even more relevant to pop culture.

Everyone loved the song. It gripped the nation like a storm and became the roller disco anthem in no time.

This was the official entry of music to the roller skating world. Everyone who has been to roller skating rinks knows how vital the beat is to the movement.

Whether it's a public session or a competitive art meet, the importance of music in roller skating stays unscathed.

Later roller skating was introduced along with more music forms on different occasions. However, its origins lay with Joseph Merlin, the inventor of skating. He played the violin while skating.

After that, roller skaters can be seen in other dance forms as well, such as ballets. From the initial phase to the present, roller skating and music always go hand in hand.

Search for roller skating for adults near me here on Superprof.

Join the Skating Fraternity With An Expert's Help

Moreover, rinks are seeing customers again. Finally, after so many years, rinks are full of new roller skate fanatics living up to the legacy.

If you feel like you should also be counted among those who didn't let roller skating die after all these years, all you need to do is take out those classic roller skates from the closet.

And if you feel a little rusty with roller skating rules, don't worry; Superprof is here to help you out. No need to Google roller skating near me; with lots of tutors and coaches, Superprof has plenty of options near you.

And not a single mention if Speed Skating or Roller Hockey .

Love this, so many skaters in Philadelphia still enjoy skating.

I’m A Skater I Been Skating Since the 70’s and the 80′ and I Today @Pattison’s West Skate Center in Federal Way,Wa

I jam skate a for of dance to music on roller skate. Great for the mind as well as the body.
Even with arthritis it receives the stress on the joints. You are never too old either.
Need more rinks in the northwest of the UK

Every Friday or Saturday and Sunday. Skating in the 80 swas and always part of my days..wish I can still do all my moves at 55. I can still do some. GREAT TIMES

I roller skated back in the day I wasn’t into roller disco I was into Rock either way the music was ours! Throughout the years I’ve been skating off and on for fun and health! It was a special time in my life being a latchkey kid it was my home away from home. Lastly we need more rinks in Los Angeles it’s desolate here!