Chess is a popular game all around the world. People assemble in living rooms, pubs, plazas, and libraries to test their wits over the prized checkered board.

Why are people prepared to invest so much time in the game? First, it's undeniably true that chess is an intensive intellectual challenge that's good for your mental health.

Second, even for kids, chess games for the brain also improve their motor skills and hand-eye coordination.

Is chess considered a sport? Although chess competitions don't rely on athletic abilities, top chess players should ideally be in good physical shape.

Top-level games mostly last around 6 to 10 hours. Therefore, an attention lapse or even minor errors result in immediate defeat.

The International Olympic Committee has recognized chess as a sport. While this distinction still doesn't consider chess to be recognized as an Olympic Sport, which would nominate chess to be included in the Olympic Games, the Committee does identify the game's sporting aspects.

This article will discuss the most famous chess players in the United States of America and the benefits of chess. 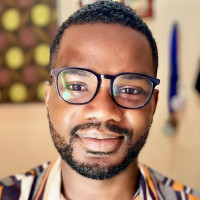 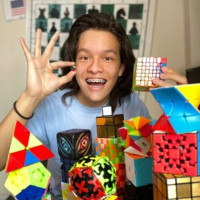 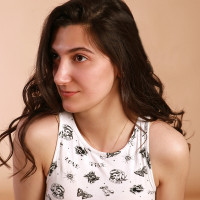 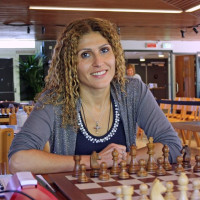 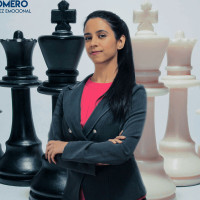 Everyone knows that you can improve your productivity by exercising, eating brain-healthy foods, and ensuring adequate sleep.

Furthermore, some people rely on puzzles and even learning a foreign language to help them keep their brain active and on its toes.

Chess has been recognized as a geniuses game, meant for those with high IQ levels. Therefore, are intelligent people inclined towards chess, or does chess make them bright? Is chess good for the brain?

Robert Ferguson has provided the answer by chronicling the benefits of chess. A survey of a big group of Venezuelan pupils found significant increases in boys' and girls' IQ scores after months of playing chess.

Engages Both Hemispheres Of Brain

Researchers of a German study supervised professional chess games to derive conclusions from the players' objectives and game positions.

Upon watching, they realized that the experts' left brains were significantly more active than the brain's right side.

The study found that beginners and professionals had identical reaction rates to simple shapes. Still, the professionals used both sides of their brains to offer rapid responses to the questions of chess positions and rules, whereas novices did not.

Robert Ferguson conducted a five-year study. In it, children in grades 6 to 9 played chess, utilized computers, or participated in other activities at least once every week for 30 consecutive weeks.

This was done to test which activity increased creative thinking abilities the most. The chess group improved on all measures of creativity, with innovation being the most significant improvement.

It is understood that chess enhances memory, at least anecdotally. Being a competent player entails recalling how the opponent has worked and remembering plays that helped you win.

However, the anecdotal experience is backed up by hard evidence. In research conducted recently, younger students given reasonable opportunity to participate in chess managed to get better grades.

Their professors recognized that the students had enhanced memory and organizational skills. Similar findings were obtained in the research of Pennsylvania fifth-graders.

A chess game is similar to a giant puzzle that must be solved quickly because your opponent's parameters continuously change.

The act of looking for avenues to victory on a board that keeps changing makes one analytical.

Chess players may appear disorganized and wacky, but their antics are frequently the consequence of the tremendous concentration.

Looking away or thinking about something else for even a second might result in a match loss, as an opponent is not required to alert you of his movements if you are not paying attention.

As a result, chess has been a mainstay in numerous studies of students in the United States, Russia, China, and abroad. The objective of these has always been to sharpen young people's capacity to focus.

Dr. Stuart Margulies analyzed the reading ability of 53 primary school pupils who participated in a chess program and compared them to non-chess-playing students in the district and across the country in a well-referenced 1991 study.

He discovered conclusive evidence that playing chess improved reading performance. In a district where the typical student scored lower than the national average, kids who played the game scored higher.

Playing chess with youngsters might help you increase your life span. The frontal cortex is one of the last areas of the brain to mature. It is the portion of the brain used for:

As a result, until this component develops, teenagers are considered scientifically immature. What's more, they can start whenever they want to; all they need is a chess guide.

Getting Familiar with The Most Famous Chess Players In The USA

Let's take a look at the most celebrated chess players in the USA!

Bobby Fischer is the most famous American chess player and is often regarded as one of the three greatest world champions.

In the 1970s, Fischer was responsible for a chess revival in America, as he piled up incredible winning streaks on his path to the world title over GM Boris Spassky in 1972.

The most startling feature of Fischer's chess was how far ahead of his opponents he was. His peak rating of 2785 – obtained before the significant rating inflation in the 50 years since – would still position him towards the top of the chess world today.

Fischer's strength and precision were tested by computers and classified to be unnaturally advanced for his time.

Moreover, his style was global, graceful, and, most importantly, precise. Fischer possessed one of the strongest wills to win in chess history, which computer algorithms couldn't measure.

Nonetheless, with the millions of American players he inspired during his brief time at the top of the game, he transformed chess forever.

Paul Morphy is often regarded as the "Father of American Chess." His game was about a century ahead of its time in terms of elegance and even tactical strength.

Morphy was dubbed "the most accurate player who ever lived" by Bobby Fischer, which should tell you something considering many chess aficionados would give that crown to Fischer himself.

Morphy's game peaked early in his career, with his European tour in 1858, when he was just 21 years old, being the pinnacle.

He annihilated every pro player the European continent could throw at him, and he was dubbed the unofficial world champion by the time he returned to the United States.

Morphy left competitive chess a year later to start his law business, and he never returned to it until his death at the age of 47.

Ironically, illness and early death prevented him from competing for the World Chess Championship.

Hikaru Nakamura is a modern-day chess player, despite being a potent traditional chess force.

These are crucial arenas since most chess games in 2020 were played online and at a quick pace.

Nakamura has amassed a sizable following on the live-streaming platform, Twitch, and Wired magazine dubbed him "the grandmaster who hooked Twitch on chess."

Moreover, he has won the two most recent editions of the Speed Chess Championship on Chess.com (2018-2019).

However, his success doesn't stop there; Nakamura has enjoyed consistent victories across the board, winning the US championship five times.

On the live list, Fabiano Caruana is at the top of his game and is only 28 rating points behind Magnus Carlsen. These two are also the only living players with a score of 2800 or above.

In the 2018 World Chess Championship, the two-faced off in a close match, with Carlsen retaining his title on tiebreaks.

Caruana is still in contention for the next world title, with the American one game behind the leaders in the 2020 candidates' tournament (before postponement).

The chess highlight reel of Caruana is far too long to be appreciated entirely. Additionally, he won the US chess championship on his first try in 2016, and before switching to the US federation, he was the four-time Italian chess champion.

Wesley So joined the United States federation six years ago and has since established himself as one of the greatest players in the world.

So is 26 years old, and it's logical to believe that his chess career is only beginning. Nevertheless, his game is precise and safe, and he rarely gets himself into difficult situations.

Unfortunately, his safety-first strategy has been used to prove (usually incorrectly) that So isn't a particularly entertaining chess player.

Last November, when Wesley So defeated Carlsen, the classical world chess champion – in the finals of the first FIDE world Fischer random chess tournament – that argument was thrown out the window.

Wesley racked up the points, won the match 13.5-2.5, putting any questions about his talent to rest.

What Does Future Hold For Chess As A Sport?

While certain sports and activities have a well-established market, others must reform or modify theirs.

Chess is being played daily by millions of individuals, thanks to the Internet and its global impact. Therefore, it is experiencing an increase in relevance.

While the concern about chess's 'exhaustive' nature was raised many years ago, competitive chess continues to produce high-quality games.

However, considering the future of chess in terms of audience appeal is not a simple task: rapid chess, particularly blitz, is immensely popular these days.

Considering the many benefits of chess, if you want to join the fraternity and become one of America's greatest ever players, you should look up Superprof.

Superprof is a platform that will help you find a world-class chess tutor in your area and at a reasonable cost!

All you have to do is sign up and enter your preferences!