All You Need To Know About Finding A Mexican Spanish Tutor? BlogSpanishWhere Can I Find A Mexican Spanish Tutor

Learning Mexican Spanish could open up a world of possibilities for you since Spanish is the second most spoken native language. You'll always find some use for it no matter where you go!

Whether you're learning Spanish for your vacation to Mexico or for academic reasons, you can always find a tutor to help you.

There are multiple ways to locate Mexican Spanish courses and teachers online to help you understand and learn how to speak a language that boasts 450 million speakers. 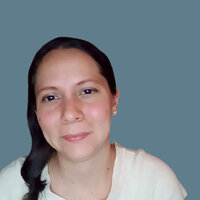 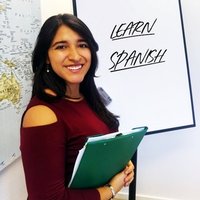 Why Learning Mexican Spanish Will Help You

Mexican culture is rich and vibrant. The colors and people you'll find in Mexico are truly unforgettable.

Learning Mexican Spanish will enable you to interact with native speakers and be a gateway to comprehending a unique and beautiful culture.

Here's why taking Mexican Spanish courses is a great idea, no matter where in the world you are.

It's One Of The Most Spoken Languages Worldwide

In the United States, Spanish is the second most-spoken language with over 33 million speakers; it's an immensely popular second language option for students in the country.

Mexican Spanish ranks ahead of English as the second most-spoken language worldwide, with only Mandarin Chinese having more speakers.

Moreover, it's one of the United Nations official languages and is spoken by 17% of all European Union residents.

Spanish Speakers Are Projected To Increase

Spanish is already a popular language, but it's expected to amass more speakers over the next few decades.

The British Council's report on Languages for the Future highlights the continuing political, educational, and industrial importance that Spanish will have in the years ahead.

Furthermore, according to analysts, the United States' Latino population will rise to nearly 129 million by 2060. This population growth will make the Spanish speaking community in the US the largest in the world, ahead of even Mexico.

You'll Enjoy Your Vacation So Much More

There's nothing that compares to traveling when you know local languages. And since Spanish is so widely spoken, it's understood in many different countries.

IF you know how to speak Mexican Spanish, you can get by in Mexico, Spain, the Dominican Republic, and Cuba rather comfortably.

While you can still enjoy your vacation without speaking the language, you won't get to enjoy the country's authenticity.

Simply put, learning to speak Mexican Spanish will enable you to understand the culture and thereby have an immersive experience that you'll remember for decades to come.

Study Or Work Abroad In A Spanish-Speaking Country

If you've been to Cuba or Mexico, you'll understand that a short vacation just isn't enough to enjoy everything that these vibrant Spanish-speaking countries have to offer.

Learning to speak Mexican Spanish will arm you to study or take a semester abroad in one of the 21 Spanish-speaking countries worldwide.

Your time in the country will broaden your mind and help you expand your horizons. It will introduce you to new friends, enable you to explore the special nooks, and allow you to talk with locals.

Studying or taking a semester abroad is also a great addition to your CV. It proves that you're flexible, open to change, and always looking for exciting new opportunities to learn.

Additionally, learning Mexican Spanish will help you fully enjoy your vacation or semester abroad. Sign up to Superprof today to find the perfect Mexican Spanish tutor to benefit from all the advantages that learning the language offers you!

A second language is an incredible addition to your skills, especially in today's global market.

Employers are interested in hiring individuals who know a second or third language since they can be extremely helpful in international trade or global expansion.

It's even more lucrative for employers to hire you if your second language is Spanish since it's one of the most important trade languages.

The US is Mexico's largest trading partner, as their collective trading market amounted to $614.5 billion in 2019.

The two countries share a long border and work together for regional security. This is because it's important to the US that Mexico enjoys stability to ensure its own international trade and national security.

Overall, Mexico is third on the US's list of largest trading partners. Learning Mexican Spanish could help you with employers who work with or are expanding into the Mexican trade market.

While Mexican Spanish and Spain Spanish may have a few key differences when it comes to pronunciation and vocabulary, they largely follow the same principles.

The languages are the same, but the dialects are different due to variations in geographical influences.

It's a little bit like the difference between Australian and American English!

Therefore, learning Spanish also enables you to work with employers who conduct trade and business with twenty other countries that use Spanish as their official language. These countries include Ecuador, Colombia, Chile, Venezuela, Costa Rica, Cuba, the Dominican Republic, and, of course, Spain.

Spanish Allows You To Tap Into The Large Latin-American Market

Learning Mexican Spanish is great for your employment prospects since it enables you and your employer to tap into the Spanish speaking demographic.

Furthermore, this demographic in the United States alone have a purchasing power of $1.5 trillion!

Corporations can reap the benefits of marketing products to Hispanic communities because of their numbers and importance to the economy.

Moreover, the Spanish-speaking population in the US forms the second-largest market by language. Finding Mexican Spanish courses near you would enable you to tap into this market.

Sign up to Superprof today to find an experienced Mexican Spanish teacher who will help you speak the language in no time.

How To Find The Right Mexican Spanish Tutor

The best way to learn Mexican Spanish is to find a native-speaking tutor who has experience teaching beginners.

You can watch Mexican Spanish movies on your own to pick up phrases and pronunciation methods to supplement formal learning.

However, there's nothing that replaces seasoned teachers who have been speaking Mexican Spanish all their lives and are willing to show you the ropes.

Why You Should Choose Private Tuitions

Most language classes are grouped, such as night classes at community colleges. While learning Mexican Spanish as part of a class can be exciting and engaging, you'll be running on a shared schedule that you cannot miss.

If a class clashes with work or an emergency, you won't be able to reschedule it. You'll have to catch up to the other students later, or you'll miss important lectures.

Grouped classes aren't the most efficient or convenient way to learn — but private tuitions are.

Learning Mexican Spanish under a tutor's guidance solves all the issues you'd face during grouped classes.

You can pick up from where your tutor left off even if you've had to miss or reschedule a session. Your tutor will also construct a class schedule that centers around your learning goals.

Furthermore, studying with a big class can be taxing for the teacher as well, who has to consider all their students' problem areas and capabilities into account while setting the learning pace.

When it's just you and your Mexican Spanish tutor, they'll focus on you and help you pick the language up much faster.

While you might believe that private tuitions are extremely expensive, the reality will surprise you. Private tuitions in this day and age are financially accessible, especially if you opt for online classes.

You can find affordable Mexican Spanish tutors through various platforms. Choose the best – Superprof is an online community incorporating over 13 million tutors with teaching experience that spans a wide array of subjects.

However, it isn't easy to know which teacher will help you make the greatest progress.

A good rule of thumb is to seek tutors with a lot of positive reviews. After narrowing down your search, you can speak to the ones you've shortlisted to get a feel of their teaching style and whether it would be good for you.

Some possible questions could be:

Your tutor is your doorway to speaking fluent Mexican Spanish, so it's important to choose someone you get along with and is comfortable adjusting to your learning pace and working style.

Become a part of a global tutoring and learning community by signing up to Superprof today. Learn how to speak Mexican Spanish and boost your career prospects in the United States and elsewhere.

Find a Spanish teacher online to help you through all your confusion and become part of the world's second-largest community by language.