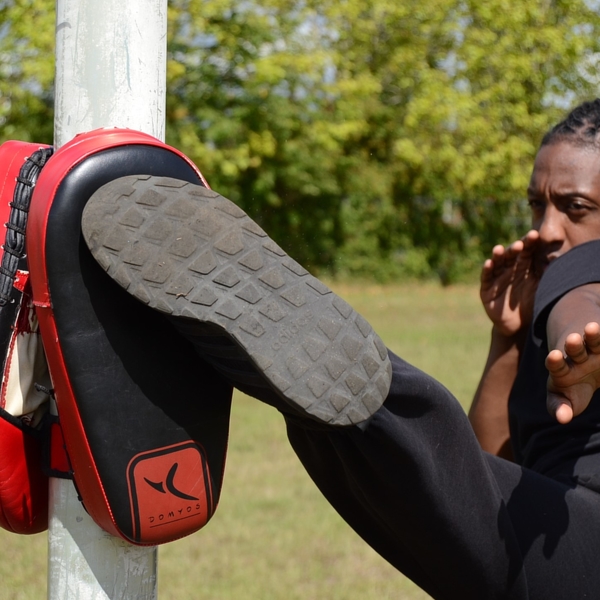 We host the best tutors. Quality of their profile, experience in their field. Ted will be happy to arrange your first lesson Martial arts.

The JKD which literally means "the way of the intercepting fist" is a unique discipline of its kind. More specifically, it is a concept with Jun Fan Gung Fu as a martial base which then allows to have its expression of Jeet Kune Do. Indeed it is not a question of a restricted art, but rather of a martial field which adapts to all the practitioners and not the reverse. So understand that there is not just one form of Jeet Kune Do, but that there are as many as there are practitioners. Thus the JKD borrows many movements and techniques from other disciplines such as Boxing, Wrestling, Fencing, Judo in addition to having its own mysteries. The role of the master is therefore to guide the disciples in the choice of movements, strokes and holds that they wish to integrate into their expression of the JKD, to offer them a large panel therefore, but above all to help them to perfect them. appropriate them so that they can practice a martial art in their image. We can therefore summarize the JKD as an art which “does not use any method for method; and has no limit for limit ”. teaching is very focused on self-defense and not competition.

my name is Ted OSSEUX and I am a martial arts teacher that I practiced for ten years. My career and my training as a teacher took place with David DELANNOY, a reference figure in the martial field since he is the representative of Jeet Kune Do (JKD) in France appointed by the Inosanto Academy. In fact, he was formed by Dan INOSANTO, himself a disciple and best friend of Bruce LEE who is the founder of Jeet Kune Do. He is known to be the second branch of the Bruce Lee martial family tree. Tree that I want to grow in my turn since, recognized by David DELANNOY who gave me my instructor's diploma. I am about to train the fourth generation. The JKD brought me a lot, both physically and in a more moral dimension. Indeed, martial arts are originally intended for combat, they can represent a threat. Thus, their practice requires learning to discipline oneself. They also allow you to gain self-confidence, so you don't have to use it. Although it may seem paradoxical, martial arts are a source that humanely enriches anyone interested in it. For example, during my career, I participated on a voluntary basis in days dedicated to the initiation of children to martial arts in Paris Coubertin and in the martial arts festival in Bercy. Today, I still try to surpass myself in order to transcend the discipline, give back to the martial arts everything they have offered me, and share with others everything I have learned. So I want to bring something to the martial universe, and teach it to my students. By wanting to continue to transmit what David DELANNOY taught me, my discipline is more oriented towards self-defense and competition does not exist.

All of our reviews are collected by us and are 100% reliable. They correspond to a real experience lived by students with Ted.

Find out more about Ted