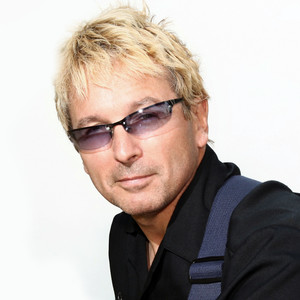 Recording Artist Teaches What You Want and Need To Know : Learn Fast Now

*** Lesson Details ***
Most students want to play the Guitar to play their favorite songs and I'm the same way. Music is something we carry with us in our hearts and minds. Students will learn what they wish to learn and work at a pace that is comfortable to them. Whether you are a student, “weekend warrior” or a parent whose child has expressed an interest in Guitar anyone can learn all there is to know about Harmony and Theory for the Guitar and how to play their favorite songs.

We cover theory in an easy and straightforward no nonsense way in the first half of each lesson and then apply it to the song you wish to learn. This creates an atmosphere where you understand and feel at home with the Guitar. You get an understanding right away and because it is immediately fun it allows you to feel comfortable at any level. Music is fun, and songs are the creative expression of what we feel. Combining theory and the freedom to play and sing songs allows us to express ourselves through music.
After 6 months students will have a solid foundation in theory, and a road map of the guitar fretboard enabling them to advance to an intermediate level if they are ready to do so. Students will know enough that music as it relates to the Guitar, which is the world’s most popular instrument in contemporary music, is not a mystery but is a welcome friend. And they will be able to play songs by popular artists and advance at a pace that is satisfying and enjoyable.
----------------------------

Student Comments:
What Students Are Saying About ~ James Teaching Style

“James taught me to
play pop and rock, and
introduced me to
fingerstyle guitar. I love it!”
--Joseph E., guitar student, Vancouver, BC 2006

“I studied guitar privately with James in 2010. His style of teaching helped me to get
past my blocks. He opened new doors for me. Thanks!”
--Daniel S., guitar
student, Los Angeles, CA 2010
""James is a trustworthy man, great with answering back right away. Always ready to help with new members. I would definitely recommend him." ~ PJ Stover of PJ Stover Voices; Independent Film & Recording voice-over artist
-----------------------------------
What James spouse says about working on songwriting with him:

"James is my husband for over 10 years now. Over the years, I have seen James give guidance and counsel to many hopeful musicians of all ages, and inspire others about how music influences and benefits our lives. I would highly recommend James to anyone who wants to learn guitar, voice, music theory, and acting. James is a great talent, and study with him would benefit anyone with the sincere desire to grow as an artist. When we married, I had fallen in love with James’ conversational style, and his vast knowledge of music. When I heard him play guitar, I knew that I wanted to write songs with him, and we released our first album, in 2012 on iTunes."

Idea Man At Gravody TV Network Nov 2016 - Present
Gravody
I have pitched 10 show ideas for Network development at Gravody TV Network. Presenting an idea and closing the deal. From conception to in development to market . On Air Personality, Business Agreements, NDA's, Design and Advertising & Marketing
EditRecording Artist May 2012 - Present
Bristol Kids Band
Recording Artist in Bristol Kids Band. Released first album on iTunes and CD Baby in 2012. Currently signed to Old Dog's Records in Nashville, TN ~ ODR is affiliated with Sun Records Distribution Arm Select O Hits. Working on new album.
EditProducer Consulting Jan 2012 - Present
The Creative Studio
Technical Consulting in Studio Setup and practical use for recording to get the best results.
EditEntrepreneur Sep 1993 - Present
Various
If you are in Show Business you are an Entertainer and an Entrepreneur both.

Standard Rate; $60 dollars (USD) per hour. $30.00 per half hour
Travel to student RT is $4.00 dollars extra.
Online: Skype and Facetime Lessons from the comfort of home
are available.

Find out more about James