Anthony Bourdain is an American chef who has been celebrated worldwide. He is known for his exemplary culinary career, which began at Brasserie Les Halles, where he worked as an executive chef.

Bourdain achieved fame rather quickly after posting an article in the New Yorker in 1997 titled 'Don't Eat Before Reading This.'

Unfortunately, he passed away in 2018 but left behind a legacy of great cooking, an unrivaled sense of humor, and a gentle outlook on life.

Read on as we elaborate further on the life and achievements of the best chef in the USA: 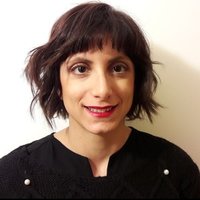 Anthony Bourdain had a very colorful life, filled with some downs but many ups. He worked extremely hard and can easily be compared to culinary greats such as Julia Child and Emeril Lagasse.

Let's look at the different aspects surrounding his life:

Anthony Bourdain was born on the 25th of June in 1956 in New York City. He was raised close to New York, in the suburbs of New Jersey, and developed a deep love for rock music and literature.

Furthermore, his father was a music executive, and his mother worked as a copy editor, which is where the creative insight came from.

Bourdain studied for two years at Vassar College and graduated in 1978 from the Culinary Institute of America, which is world-renowned.

Anthony Bourdain has been married twice. He wed his second wife, Ottavia Busia, a jujitsu expert, in 2007 and had their daughter Ariane the same year.

However, in 2016, they announced that they were contemplating a divorce and claimed that the decision was amicable and mutual.

After the divorce, he got into a relationship with Asia Argento, an Italian director, actress, and vocal leader of the 'Me Too' movement.

As mentioned, he published an article in the New Yorker that went viral in 1997 called "Don't Eat Before Reading This," which talked about restaurants' realities and what goes on in the kitchen.

He had credibility for being an excellent chef, due to which he received more writing projects, and with them, appearances on talk shows, panel discussions, and judging positions.

In 2000 he published his book "Kitchen Confidential: Adventures in the Culinary Underbelly" which ended up being a best seller.

Anthony Bourdain is known for his straightforward, tell it like it is, demeanor, making him as popular for his writings as he was for his television career.

He then wrote "A Cook's Tour: Global Adventures in Extreme Cuisines" in 2001, which talks about the exotic food he encountered during his travels.

This book was connected to the first television series he hosted called "A Cook's Tour." The show debuted in 2002 and stayed on air till 2003.

Although he did take breaks between writing, unlike Mario Batali, he switched it up sometimes and wrote about things completely different from cooking.

Bourdain's 'A Cook Tour' series aired on the Food Network in 2002 and ran for two seasons. It featured him traveling around the world and learning about different cuisines.

Subsequently, he released another cookbook titled: Les Halles Cookbook: Strategies, Recipes, and Techniques of Classic Bistro Cooking. A popular addition to numerous kitchens across the country.

Moreover, in 2006 he published his book called 'The Nasty Bits.' The book was a New York Times bestseller and is now considered a classic, much like the Julia Child cookbook.

Bourdain also starred in a series on the Travel Channel in 2005 called: Anthony Bourdain: No Reservations. The idea behind it was similar to A Cook's Tour.

It ran successfully for nine seasons and ended in 2012. Despite similarities to his 2002 show, No Reservations was widely popular and also received two Primetime Emmy Awards for cinematography.

In 2005, Fox also aired a short sitcom series based on Bourdain's book, 'Kitchen Confidential,' due to its popularity. It featured 'Jack Bourdain' (very loosely based around Anthony), played by Bradley Cooper.

Anthony Bourdain often came on as a guest judge on the reality cooking show Top Chef and also was one of the primary judges during the 8th season of Top Chef: All-Stars. Not a surprise since he was considered the best chef in America at the time.

Furthermore, he was a very adventurous soul, which is why he appeared on Miami Ink for an episode and opted to get a skull tattoo.

He also took on many other commitments, such as writing and consulting for the Treme series and appearing on Yo Gabba Gabba!, a TV show for kids.

His on-screen career elevated to new heights as he also made a cameo in Far Cry, a movie released in 2008.

Meanwhile, he published another book in 2010 titled: Medium Raw: A Bloody Valentine to the World of Food and the People Who Cook.

He also published works related to other genres:

This show won three Emmys consecutively from 2013- 2015 for 'Outstanding Informational Series or Special.'

Bourdain, the culinary genius, had announced back in 2015 about how he was developing a huge food hall in New York, which ended up getting called the Bourdain Market.

Anthony Bourdain was discovered to have passed away in a hotel room in France on the 8th of June, 2018, apparently having committed suicide.

This was during one of his projects as he was filming an episode for the Parts Unknown series. Two weeks after his body was found, the toxicology report showed no drugs in his system.

At this time, there was an announcement that a biography about him would be released in 2019. It was being edited by Laurie Woolever, who was his assistant for a long time.

The book was described as "an authorized portrait of the writer, veteran chef and television traveler, built from stories shared by those who knew him best."

That was not the only posthumous recognition he received, as his 'Parts Unknown' series would have a new season aired the same year.

The producers had stated that they had enough content to deliver the last season, and only one episode would be featuring Bourdain's narration.

This superstar chef, who could be compared to Mario Batali, Cat Cora, or Bobby Flay, had quite an interesting life.

As we celebrate his life, there are several surprising facts about him. Let's check them out:

His First Role As A Chef Was In Cape Cod

Bourdain was born and raised in New York City but spent a lot of his youth in France. That is also where he first ate oysters!

In later years, he would spend his vacations working at different seafood restaurants in Massachusetts, which got him interested in being a chef.

He Struggled With Drug Addiction

Anthony Bourdain openly discusses his longtime addiction to heroin and cocaine in the first book he wrote. He did eventually recover from his addictions.

Chronic addictions to hard drugs are something that several chefs report to have dealt with; the competition for places and focus on quality service usually got the best of them.

His Best Friend Was A Michelin-Starred Chef

Bourdain had mentioned Éric Ripert, a famous chef, in his book 'Kitchen Confidential,' after which he received a call to come over for lunch.

The two became best friends, and the duo often traveled together during filming. Ripert was also in France traveling with Bourdain when he passed away.

Bourdain's Second Wife Was A Hostess At His Best Friend's Restaurant

Ottavia, Bourdain's second wife, worked as a hostess at one of Éric Ripert's restaurants, where they found each other. The couple got matching chef's knife tattoos together for their second date!

Their daughter was born in 2007, eleven days after which they got married. They divorced in 2016 but were on good terms, even though Bourdain had a new girlfriend!

He Had A Lot Of Tattoos

Anthony Bourdain never focused on maintaining an unblemished image. He was known as a bad boy and a chef who is rough around the edges. This image has been developed not only due to his language but because of his tattoos.

Apart from the chef's knife and skull tattoos, he also had a tattoo in ancient Greek, which translated to 'I am certain of nothing.'

Additionally, he also had a tattoo of a scorpion he got during his Nashville tour on 'Parts Unknown' at a house party.

Undoubtedly One Of The Top Chefs In the USA

Anthony Bourdain was undoubtedly one of the top chefs in the USA. Even though he did not have his product line similar to the Emeril Lagasse air fryer, he had accomplished a lot in the culinary world and otherwise. This is why he is celebrated even today.

And if you find yourself inspired by his story, or even Bobby Flay, or Cat Cora's, try to follow in their footsteps and become the best chefs in America!

Find yourself a qualified cooking instructor on Superprof! All you have to do is sign up, look for teachers in your area, and choose one that fits your budget!