So you really love to learn different languages, in this case, Spanish.

How can you not love learning to speak such a romantic and sweet sounding language?

Spanish is considered by many to be one of the most beautiful languages spoken in the world today.

One of the most spoken languages in the world is Spanish, which comes from, of course, Spain, and is spoken throughout many countries in Central and South America.

Not only is Spanish spoken in Hispanic countries but as you probably already know, also a large number of people in the United States speak the language.

Overall Spanish is the fourth most spoken language in the world with over 500 million speakers.

The United States has around 50 million native speakers, in a country which it's primary language is English.

Thanks to this, learning Spanish can help you find a long-term career in the future.

There are plenty of jobs found in the United States that need Spanish language speakers and knowing the language will open up a world of opportunities for you.

Then there are many other jobs that involve using the language for entertainment and educational purposes.

If you need to improve your Spanish, get a degree, or just simply learn the language so that you can work in one of these jobs you can find plenty of opportunities for yourself in the United States. 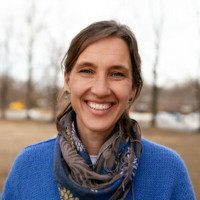 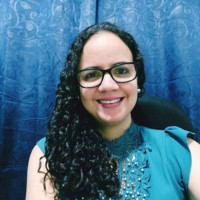 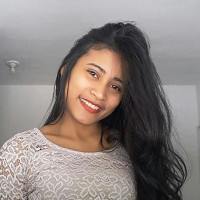 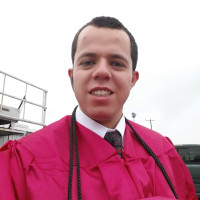 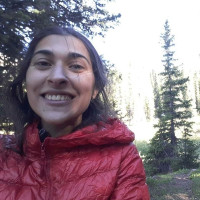 How to Prepare Yourself for a Career in Spanish

There are a lot of steps that you should take before trying to find a career in Spanish.

Perhaps you come from a family that already speaks Spanish and you have an advantage, however, you probably still need a degree, and not learning from a language class means your vocabulary probably needs some improvement as well.

So what courses can you take to prepare yourself?

If you watched a show where the characters are in high school they are usually taking French or Spanish class at some point or talking about taking one of these language classes.

Now it's your turn!

Learning Spanish can be difficult at times and challenging just like any high school subject but if you are really a lover of languages you are going to enjoy your high school Spanish classes where you go from the basics of Spanish to an upper-intermediate level.

Throughout high school, you can take Spanish 1, 2, 3, and also AP Spanish classes.

Taking a Spanish major in college will make sure you keep building on the Spanish language that you have already learned in high school.

If you have taken advanced classes as well then you can move even more quickly.

Learning about other aspects of Spain and Latin America such as culture and the countries will usually also be part of taking a major in the Spanish language.

Taking a Spanish major and doing well will basically assure you that you will have an advanced level or even a fluent level of Spanish.

Then after studying in college you it would be a good idea get a master's degree, whether it is for teaching or for a different profession a master's.

Living in a Spanish-speaking country is the best idea that you can have to help you improve your Spanish speaking abilities.

Living in a country like Argentina, Peru or the Dominican Republic will take your Spanish to new heights.

Living abroad for a summer or school semester in a Spanish-speaking country is an amazing opportunity for you as a student and as a person.

While practicing in a classroom whether basic or advanced is a great way to learn, practicing with native speakers in their home country is a fantastic opportunity to practice your Spanish that you won't get in any classroom anywhere.

Also think about how cool it would be strolling the streets of Barcelona, Buenos Aires, or Mexico City, or on the beaches of Punta Cana or Cancun. There could be worse experiences for you to have.

So let's say that you have your degree in Spanish Culture and Language, this means you are most likely a person with a high level of Spanish that is ready to work in quite a few different fields that require you to speak Spanish.

One of the most obvious professions is becoming a Spanish teacher.

One of the most typical occupations you can find yourself doing as someone that has learned the Spanish language is to teach it to new students, whether they are in high school or college.

Working as a teacher in just about any subject can be a great job filled with various benefits. While teaching is great it is also probably best for someone that has the will to teach.

As a tip becoming a teacher just because you want days off in the summer may not actually be the best idea. Knowledge of teaching is just as important as having a knowledge of Spanish.

Taking a master's in education is necessary and also beneficial for you to learn how to deal with young people and problems they may have in and outside of the classroom.

The positives of becoming a teacher are that it is a great career if you love working with young learners, and you can enjoy the benefits of having summers off as well as the Christmas and Easter holidays.

Another tip is to remember you must teach some Hispanic culture as well besides teaching the language. Culture throughout Latin America and Spain has a very rich history and it's something important you'll need to teach to your students.

Working as a Translator

Translation is a job that is needed all over the world for many different organizations, businesses, and enterprises.

International relations and international business make for the need for translators. Translators need to understand and be able to speak multiple languages.

The trick to this is not only understanding and saying what another person has said in another language but to be able to contextualize everything so the other person that doesn't understand the language can understand words that may be said in a more informal or in a more formal manner.

Translation isn't as easy as it sounds, you need to understand people the first time they say something and also be able to understand it even if they were to be speaking extremely quickly.

Translators, many times are able to speak at the same time they are listening to the person that they are translating.

Becoming a translator will require you to take a lot of Spanish courses, taking as many classes in high school would of course be a fantastic start for you.

When you get to college you can also possibly do a double major and take Spanish and translation although that could be a lot of work and it could become overwhelming.

If you want the translation to become your career then taking translation as a major would also be a good option, then taking more Spanish as a minor or in academies outside of your college or high school.

Speaking Spanish as a Public Worker

There are many people who work for public offices or centers that speak Spanish for the benefit of people who are native Spanish speakers in the United States. In cities like New York or Los Angeles, there are many immigrants from Latin America who haven't learned English yet and of course, they cannot be forgotten. If you want to use your Spanish skills you can get a job at a public office and speak with Spanish speakers.

Whether you are trying to improve your Spanish in high school, college, or beyond, working with a Spanish tutor can be extremely helpful.

They can even help you prepare for an all important interview.

There are plenty of tutors in your area and thanks to a website like Superprof you can find a private tutor that is highly rated and what you are looking for.

The tutors on Superprof are experienced and can offer you great prices for their services and make sure they are there to help you on your time and make your weaknesses your strengths.