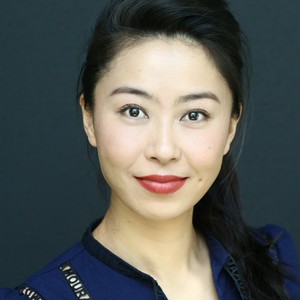 Chinese courses for every level in Paris (75006)

We host the best tutors. Quality of their profile, experience in their field. LIU will be happy to arrange your first lesson Chinese.

A graduate of the Engineering School of the City of Paris (PIAs) and Cours Florent (a famous theater school) provides Chinese language courses for all levels.
Professor of Chinese in Paris for four years for individuals and groups, I give and organise Chinese courses for children from 6 to 12 years in an association supported by the Mayor of the 15th in paris.
I am a serious girl, patient, responsible and logical which make me capable to properly organize and explain the course in relation to the phonetic system, grammar, vocabulary, sentence structure, with regular exercises and tests throughout the practice of this language.
I have a special method adapted to each level. Several of my students passed the Chinese HSK exams 1/2/3/4, and some of them have already gone to study or work in China.
I also past the national competition Mandarin in China by reaching the highest level.
My mastery of the Chinese language also allowed me to be a in events and in television hosts in China. My goal is not only to teach Chinese language to my students, but also to give him a taste of its culture and traditions, especially in this economic context where French-Chinese trade is becoming more and more important.

-Chinese Teacher in Paris for four years, more than 30 students.
-Teacher and manager of a Chinese class association for children in Paris, associated by the Mayor of the 15th.
-English teacher at part-time in China.
-Actress in Paris.
-Construction Engineer in a state construction company, responsible for oversea-construction projects.
-Animatrice Events and television programs in China.

All of our reviews are collected by us and are 100% reliable. They correspond to a real experience lived by students with LIU.

The course fee will be increased for a movement.
The price will be decreasing if the course is collective
Accepts Universal Employment Services Vouchers