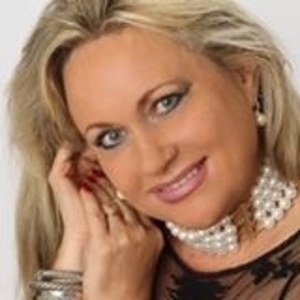 I taught Polish Bilingual Program at one of the elementary schools in Linden, NJ from 1991-1996. I also taught ESL - Math Strategies, ESL - Communication Strategies, ESL, and Russian Language at Linden High School, Linden NJ since 1996 till June 2020. I am a founder and an advisor of the Polish Club and SLAVA - the Russian National Honor Society - both at Linden High School (1996-present).
I initiated a variety of extracurricular academic activities, such as:
• An annual participation in the NJ Contest of Spoken Russian since 1996 - present (as a lead teacher and a judge).
• An annual participation in the National Russian Essay Contest.

I also worked in a capacity of a co-chairperson (one year with Paavo Husen) and a judge of the National Russian Essay Contest (2005-present).
I spent the summer of 2008 working as a Resident Director of the Golden Ring Program in Vladimir, Russia.
During the summer of 2012 I participated in the STARTALK/Critical Languages Program in Glastonbury, CT.

I am an active member of several professional organizations: FLENJ, NJTESOL-BE, ACTR. I am fluent in English, Polish, and Russian. I also studied classical languages (Latin and Greek). My special interests and areas of expertise include word etymology, comparative and historical linguistics, and foreign language acquisition.

I possess a true passion for teaching, extraordinary knowledge of the subject taught, ability to manage a classroom, ability to control, understand and help with social and emotional problems of students.
I always try to be a role model to all students. I approach and resolve problems depending on an individual situation. I am creative, hard-working (preparing lesson plans on a daily basis). What makes me special as a teacher? I am able to differentiate instruction according to personal needs of each and every student. I am willing to cooperate with parents/guardians.I am available after school hours to run extracurricular activities (clubs, sport events, etc.)

This first lesson offered with Bozena will allow you to get to know each other and clearly specify your needs for your next lessons.

Other tutors in English Vocabulary

All of our reviews are collected by us and are 100% reliable. They correspond to a real experience lived by students with Bozena.

This first lesson offered with Bozena will allow you to get to know each other and clearly specify your needs for your next lessons.