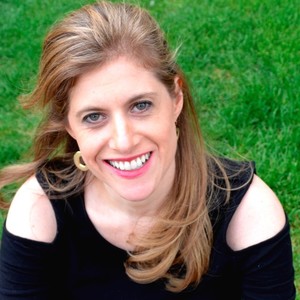 I am a fair and kind teacher and coach that believes in engaging and rigorous lessons. I graduated from Vanderbilt University with a B.A. in Theatre and Psychology. I earned a Master's Degree in Educational Theatre from New York University. I am a certified teacher (K-12, Drama) in Colorado and New York. I was an actor and have taken many writing classes from places like NYU and The New School. I wrote and produced content for many years for organizations like Nickelodeon and Girls Incorporated. I also happen to be skilled at math.

I teach, tutor and am a private coach for people ages 5 to 55. I taught in the New York City Public Schools (Drama), for the Princeton Review (tutor and teacher for college test preparation), Denver Public Schools (Drama and other subjects,) Colorado Academy (Drama and other subjects, and I am creating five Performing Arts Summer Programs for Summer 2017), Denver Center for the Performing Arts (Drama Camp teacher,) The Arvada Center for the Arts & Humanities (Acting Teacher for four classes.) I am also a private coach for (concealed information) as well as my own company. I focus on teaching skills and increasing confidence.


WRITING AND PRODUCING FOR DIGITAL PLATFORMS

FREELANCE WRITING AND WRITING FOR DIGITAL PLATFORMS
• 10 years as a Freelance writer for digital platforms and digital marketing. Clients included Procter & Gamble, Pixar, REI and (concealed information). 2005-2015
• "Count On Us." Writer and producer of this film for a New York City film festival. 4/2009-4/2009
• Wrote scripts for "Cooking with Kids" and "Crafts with Kids" videos for (concealed information). 4/2007-4/2009
• Wrote spec scripts for SpongeBob SquarePants and Weeds.

My lessons are $60 per hour, $45 for 45 minutes or $30 per 30 minutes if the lessons are at my apartment complex, online or at a school within 10 miles of my home. I add an additional $10 for travel to a student's home or a school that is farther than 10 miles from my home.

I offer a sliding scale so please do not hesitate to ask. I believe all students should receive the same level of excellence from their educators.