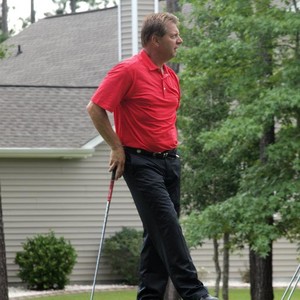 Jeff Diehl is a PGA Professional who has established himself as a business manager, ambassador for the game of golf and community servant. In his 17+ years as a golf professional, Diehl has excelled at high profile positions while developing a strong media presence. Able to grow the game in difficult times, Jeff consistently leverages his considerable knowledge of the business and marketing sides of the sport.

Diehl’s capabilities have been recognized with a number of appointments and awards:
Finalist for the Ethics in Business Award, chosen by the Steering and Selection Committees of the Coastal Samaritan Counseling Center – 2016
Education Committee - PGA Carolina Section
Executive Board of the Myrtle Beach Area Golf Course Owners Association, Secretary of Treasury (2011) and President (2015)
Board of Directors of the Grand Strand Golf Directors Association – Current
Board of Directors of the First Tee which incorporates Brunswick, Georgetown, Cape Fear Region and the Grand Strand – Current
Member of the PGA President’s Council on Growing the Game of Golf in recognition of extraordinary commitment to the sport - 2009

Originally from Bethpage Long Island, Jeff began his career in golf at the famed Black Course, host of the 2002 & 2009 U.S. Opens, working as the US Open administrator and assistant golf professional under past PGA President Dick Smith. He moved to Myrtle Beach in 2005 where he would become Head Golf Professional at the Dye Club until 2016. During that time Diehl also served as Marketing Director for Barefoot Resort and Golf, a facility that incorporates four championship golf courses on over 2600 acres. He enjoyed considerable success there, creating player development programs, increasing memberships and improving profitability with a variety of initiatives. In 2013 the Dye Course at Barefoot Resort was awarded the “Best in State” by the South Carolina Golf Course Owners Association under his guidance.

Diehl has been a regular guest-host of the 100.3 “Myrtle Beach Golf Guys” radio show on the local CBS Sports affiliate as well as a regular contributor to the Carolina Forest Chronicle. He also has his own TV show aired on the Fantasy Golf TV Network every Tuesday called Fantasy Golf with Jeff Diehl. His goal is to create a significant buzz which in turn will help develop a new market in golf much like NFL Fantasy Football has done the past few years.

During Diehl’s tenure as President and Treasury Secretary of the MBAGCOA he has worked diligently to create a business plan to attract the shrinking supply of avid golfers to the area and has strived to make the game more enjoyable through many Golf 2.0 initiatives.

Jeff is committed to his family as well as his church and community. He routinely does golf exhibitions and contests to raise funds and awareness for a wide range of charities and local causes. If it has to do with growing the game of golf, kids or education, Diehl will be there to help.

Other tutors in Golf

All of our reviews are collected by us and are 100% reliable. They correspond to a real experience lived by students with Jeff.