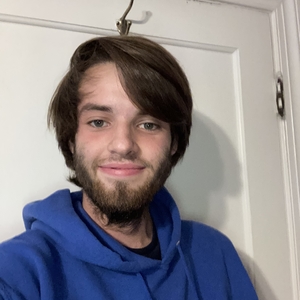 My teaching method is relatively simple in concept: teach my students the way I wish I learned. This means building fundamentals from the ground up so that the student can quickly learn to play songs they love and learn to play with others. As stated above, playing with others is the best aspect of music. It has the ability to bring strangers together and strengthen bonds between friends. Learning songs is an important aspect of learning to jam with friends, however. Songs drill in the basics you need: rhythm and feel. Songs can also demonstrate simple concepts that sound great, which can be an excellent tool for songwriting. With my teaching plan, you can expect to learn to navigate the fretboard, play favorites with ease, understand basic songwriting, and even how to solo with the best of them. In my mind, as in western music theory, these concepts are connected by roots older than any of us. My goal is to help the student learn to enjoy themselves while playing confidently.

I am a recent graduate of UNC Wilmington with a BFA in Creative Writing and a minor in English. I first learned guitar in high school, simply because it was the most appealing elective. It wasn't until we were assigned to learn Lynard Skynard's 'Simple Man' that I began connecting with the instrument. Later in my high school career, the guitar fell out of interest for me, and I didn't play much of anything until picking up the banjo in college. After inspiring some of my friends, jam sessions became a regular thing and I began to see the value of music as a tool for facilitating a connection. One friend decided to bring his drums from back home, he encouraged me to bring out my dusty electric guitar. After much protesting from me, we did manage a sweet jam together and called up the bassist. After his approval, we invited another friend to be the vocalist. The garage jams continued until we finally played our first live show. The band continued growing and the good times continued rolling. I have honestly never experienced anything as powerful as playing music with my friends for a live audience. The level of connection I felt to my bandmates and the sense of pride I got from strangers appreciating our sound was unimaginable. My dream is to give others the tools to experience this for themselves