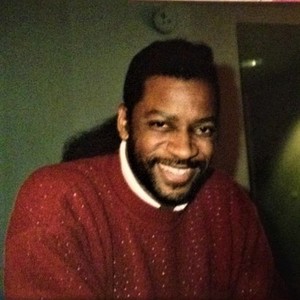 Part of the joy in teaching trumpet/music is that one can often see a transformation and development in students that perhaps, is not observed or doesn’t exist in every discipline. Music contains an intensely personal and humanistic quality that goes beyond cerebral learning. I desire to provide both technical and artistic information to students.

There are two basic goals at the core of my teaching philosophy:


1. To help the student develop the requisite skills on the trumpet, through technical and physical development, with the long-range goal of developing a student’s ability to successfully pursue a career of teaching and/or performing if that is their choice.

2. To help the student become the best musician that he or she can be, to be able to bring his or her soul into each performance on the trumpet, and to help the student learn to tell a story, paint a picture, and create a mood – in essence, to use his or her musicianship skills to communicate the language of the music they are performing.

When accepting a new trumpeter into my studio I look for several factors. I look for physical and technical ability, musicianship, and the sense of desire or motivation to learn. I take an inventory of the prospective student’s strengths and weaknesses as an essential measuring factor in deciding to accept the student.

I take an individualized approach to each student. Every student is different, and I believe in tailoring a curriculum to fit the pedagogical needs of the specific player. All students should work on the basics within the curriculum, but the specific technical and musical emphasis changes from student to student. Some students need an artistic approach with a significant amount of musical demonstration, and these students seem to learn best by visual and aural observation. Other students take a more scientific or analytical approach to learning and benefit from verbal explanation and the use of their problem-solving skills.

Learning and practicing the various technical exercises daily is certainly fundamental to progress as a player, but musical considerations cannot be made secondary. Lyricism, phrasing, the beauty of tone, and communication through the musical line are too often neglected for the sake of “higher, faster and louder.” Frequently, the young player is deficient in the softer and more introspective areas of brass playing; the entire spectrum of dynamics and range should be developed with equal care, which will then equip the player with the ability to effectively communicate any musical idea, whether it be a fortissimo declamatory fanfare or a pianissimo sustained legato line.

Music can be thought of as a language, which must be learned much in the same manner as early speech patterns are developed. We must never forget the “song” when playing the instrument. Keeping matters simple by focusing on singing through the trumpet, even during the most complex passagework, just as one does when playing a simple tune in daily practice, will help the player to communicate ideas through the instrument. If you can hear it, you can play it.

I have long been one of L.A.’s first call trumpeters for commercial recordings, television and motion pictures, and live theater. I have contributed, written, toured, and or performed on albums for many popular artists, including Blondie, Teddy Pendergrass, The Temptations, Gladys Knight, Celine Dion, Coldplay, Tito Puente, Celia Cruz, Ashford & Simpson, Gladys Knight, Harold Melvin & the Blue Notes, Smokey Robinson, The Temptations, M.F.S.B, Isaac Hayes, Stevie Wonder, Marvin Gaye, Barry Manilow, Mel Torme, Tito Puente, Eddie Palmieri, Celia Cruz, Bobby Rodriguez y La co., Clark Terry, Jackie McLean, and Michael Buble just to name a few. My television credits include every major awards show: the Grammy, the Emmys, the Academy Awards, the Golden Globes, and the Screen Actors Guild Awards. I've played lead trumpet with the Harold Wheeler Orchestra on the popular television show, “Dancing With The Stars” for seventeen seasons dating back to its inception in 2005, along with also playing for the mega-hit show, “American Idol” in seasons 1-3. I've recorded regularly on the soundtracks of hit television shows “Family Guy”, “American Dad”, “King of the Hill” and many others. My motion picture credits include the soundtracks of over 389 major films, including a project with Grammy Award-winning rap artist Kanye West for the soundtrack of Mission Impossible III, besides, can also be heard on the soundtracks of such movies as “John Carter”, “Tin Tin”, “Glory Road”, “Just Like Heaven”, “Rush Hour”, “Planet of the Apes”, and animated hits like “Monsters, Inc.”, “Robots”, and “Cars”, and “Spiderman”, “Big Fat Liar”, “Enemy of the State”, “Armageddon”, “Patch Adams”, and “Romeo Must Die,” etc. As a first-call trumpet at Hollywood’s Pantages Theatre, I played for Broadway hits like Mel Brooks’s “The Producers”, Disney’s “The Lion King”, “Wicked”, and “Hairspray”.

The broad range of my performing career, I attribute to my exceptional teachers Sigmund Hering, Roger Murtha, Roger Sherman, and I can't leave out the influences of trumpet greats, Clifford Brown, Miles Davis, Lee Morgan as well as saxophonist John Coltrane, Jackie McLean, Samuel Reed, Leon Mitchell, and Michael Brecker, vocalist as Nancy Wilson, Sarah Vaughan to name a few. These are just a few that has been the influences incorporated in unique elements of my personal style that I've worked at as a balance of accuracy and spontaneity, discipline and creativity.

I'm a graduate of The Hartt School of Music with a BS. in Music Ed. / Special Ed., West Virginia University with a Master of Music., Harvard University Ph.D. in Ethnomusicology and again to The Hartt School of Music for my DMA. in Trumpet. I've previously taught public and private schools in Connecticut, West Virginia, Pennsylvania, and Georgia. I was Dean of the Music dept. & Professor of Trumpet at Morris Brown College, on the graduate faculty of San Jose State (now San Jose University), serving as its director of education outreach. While there, I developed eight educational and community outreach programs, which included college fellowships in interactive performance and teaching, community engagement initiatives, and the Music Advancement Program, a Saturday instrumental music program that reaches under-served children ages 8 to 14 who demonstrated musical potential and need. Educator/clinician.