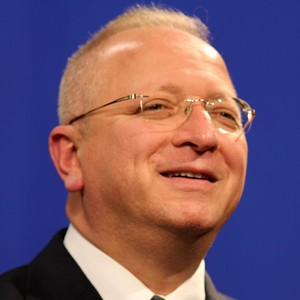 The Donald profile and its contact details have been verified by our team.

Mr. Litman has been a member of the Pennsylvania Bar since 1989, the District of Columbia Bar since 1983, the Maryland Bar since 1985, the Virginia State Bar since 1985, and the New Jersey Bar since 2007. He earned his BA, Psychology and Biology, Temple University in 1978, his JD from Antioch University (now University of the District of Columbia Law School) in 1981, his Masters in Forensic Sciences from Antioch University (now University of the District of Columbia Law School) in 1981. Mr. Litman served as Head of the Litigation Department of American Patent Services from 1983 to 1989, Vice President of the American Academy of Advertising and Marketing from 1983 to 1989, as Deputy Attorney General of Pennsylvania in the Tort Litigation Section from 1990 to 1992, trial counsel with Harleysville Insurance Companies from 1992 to 1996, associated with Tallman, Hudders, Sorentino from 2001 to 2004, and with Margolis Edelstein from 2004 to 2006. He was named general counsel to Autism, Ltd., a non-profit organization serving individuals with exceptional needs, and serves on the board and was the president of the North Penn Special Education Council. Mr. Litman is admitted to practice before a number of US Courts including, but not limited to, the Supreme Court of the United States of America, U.S. Court of Appeals for the Third Circuit, U.S. Court of Appeals for the Fourth Circuit, U.S. Tax Court, U.S. Court of Military Appeals, U.S. Claims Court, U.S. Court of International Trade, and the Temporary Emergency Court of Appeals for the U.S. He is a member of the Pennsylvania Bar Association, Montgomery Bar Association, Virginia Bar Association, District of Columbia Bar Association, and the Defense Research Institute. He has been general counsel with Autism, Limited since 2004. Mr. Litman currently teaches special education law, ethics, and mediation through the National Business Institute (NBI) and CAPE Education, as well as criminal law and justice at Kaplan University (Philadelphia campus).

Other tutors in Criminal law

The Donald profile and its contact details have been verified by our team.

All of our reviews are collected by us and are 100% reliable. They correspond to a real experience lived by students with Donald.